Israeli start-up, Beewise, is a pioneer of AI-driven beehive management. The company is endeavoring to improve pollination through healthier hives, safeguard bees at a large scale, and increase yields of honey for beekeepers without the use of chemicals. Beewise was founded in 2018 by current CEO, Saar Safra. The Beewise team has created a solar-powered beehive (known as the Beehome) that integrates AI, computer monitoring, climate control, imaging, a software platform, and a mobile app to help monitor and manage bees. Recently, the start-up announced its procurement of $120 million in funding led by leading global venture capital and private equity firm, Insight Partners to further technological developments. 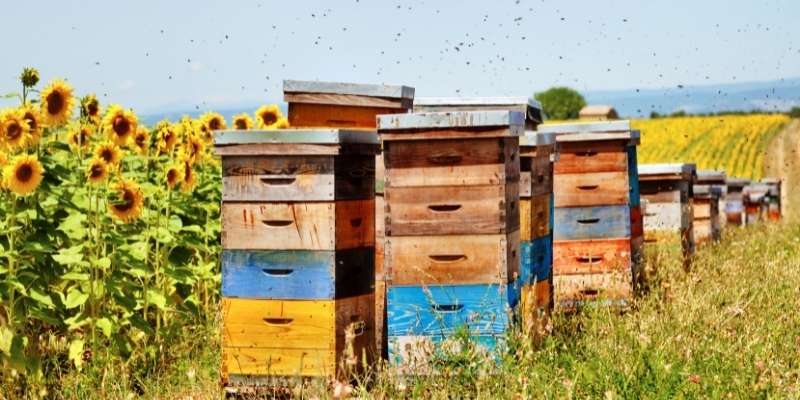 Beehive health and maintenance is a constant, and growing concern across the world.

We’ve heard about bees in the media for several years. The world is facing an ecological disaster with the decline of bee populations along with other key insect pollinators. Bees are an important part of our ecosystem, and their decline would have a huge impact on the Earth's agriculture.

According to a study published last year, the number of collected bee species has been in decline since the late 1900s with approximately 25% fewer species being reported between 2006 and 2015 than before the 1990s. Factors contributing to this decline include climate change and the use of pesticides.

Bees pollinate the flowers of many plants around the world, including those that produce fruits, vegetables, nuts, and biofuel. According to Beewise, bees help to pollinate 30% of the total global food supply. Without them, there would be a substantial decrease in food production and biodiversity. This is one of the main reasons why they are so important to our ecosystem as they provide a service that we cannot replace with human labor or automation. 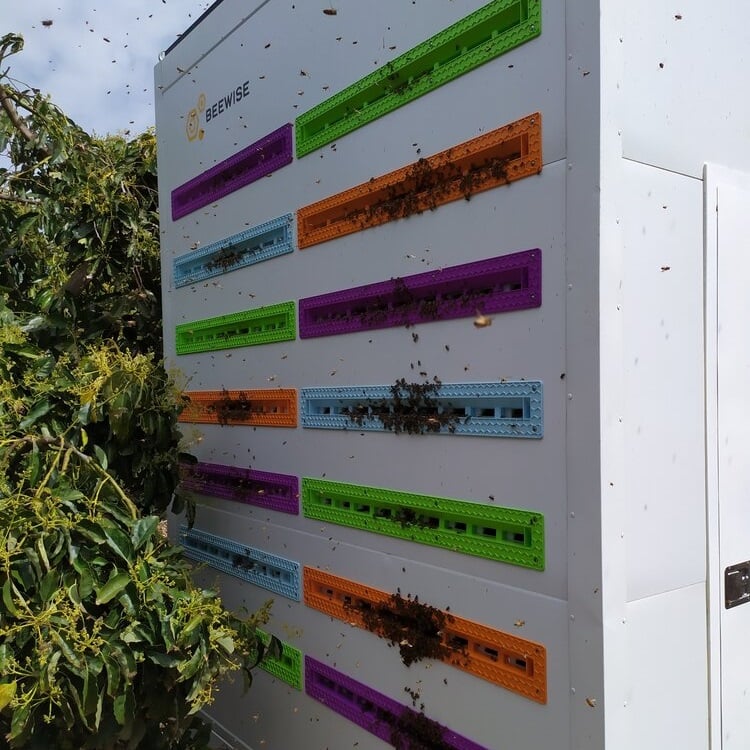 Using Automation to Save Bees

The Beehome uses climate and humidity control technology to make sure that conditions are optimal for bees to live and produce honey. Beekeeping can be done in real-time with the use of a robot arm instead of a human one. The Beehome system can identify pests (that could potentially decimate the bee population within the hive) and the robot arm applies non-chemical treatment where it is needed. This reduces infection and infestation, which in turn reduces colony loss.

Instead of beekeepers visiting their hives every three to four weeks, any problems can be tackled remotely by the Beehome system in real-time. Beehomes use AI to detect and prevent the occurrence of swarms by adjusting conditions. Harvesting bee frames for honey can be conducted autonomously, then the collection reservoir is emptied once full capacity is reached (at 100 gallons). The Beehome can house 24 colonies, and as a point of reference, a strong, optimally managed colony can produce up to about 8 gallons of honey per year (roughly 100 lbs). Problems are flagged as alerts in real-time, allowing human intervention if needed to help maintain these best working conditions for the health of the hives. 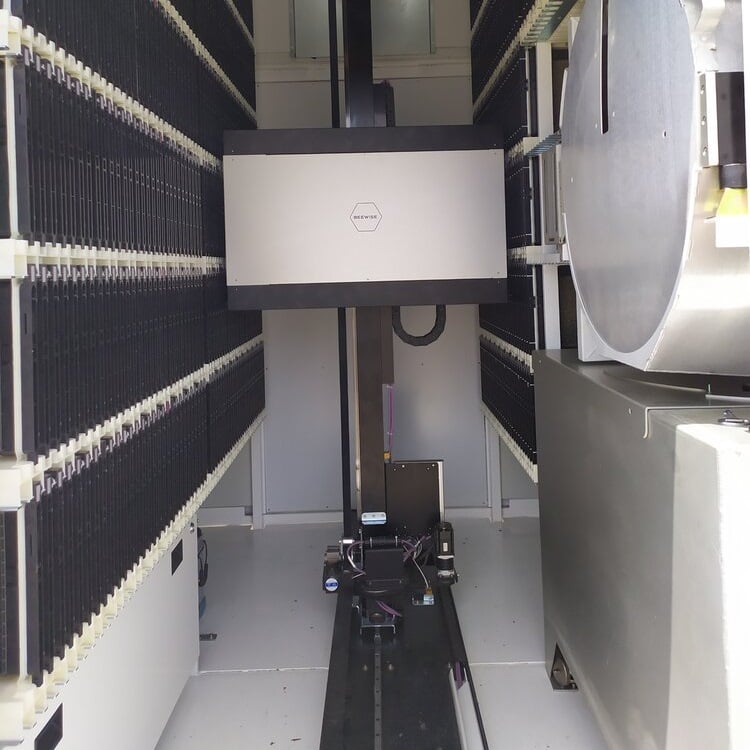 Inside the Beehome shows the working mechanisms of the robotic tending accessories. Image used courtesy of Beewise

In a recent news release, Safra commented, "Our Beewise team is thrilled to be supported by an incredible roster of investors for our Series C who understand our dedication, tenacity, and passion towards succeeding in saving the bees and reversing the trend of the bee colony collapse. With thousands of orders placed in the U.S. in just the last few months, and with this funding, Beewise will be able to meet incredible market demand through increased manufacturing, develop additional product iterations, and further improve pollination."

Beewise has released its latest iteration of its Beehome in the form of a more lightweight version. For beekeepers across the globe, Beehome technology is set to change operations for years to come and help boost the numbers of the world’s bee populations.