Bridging the Gap Between Ethernet/IP and Modbus Protocols

Bridging the Gap Between Ethernet/IP and Modbus Protocols

Moxa has released new Modbus RTU/ASCII/TCP-to-EtherNet/IP gateways with easy configuration and troubleshooting to bridge the gap between Modbus and Ethernet protocols.

Communication between Modbus and Ethernet is an important part of various plant automation installations. Legacy Modbus systems can be difficult for engineers to integrate into newer equipment installations, making a chasm between the two. Moxa is looking to reduce the amount of effort and frustration felt by engineers in these situations with the introduction of their new MGate 5135/5435 series. 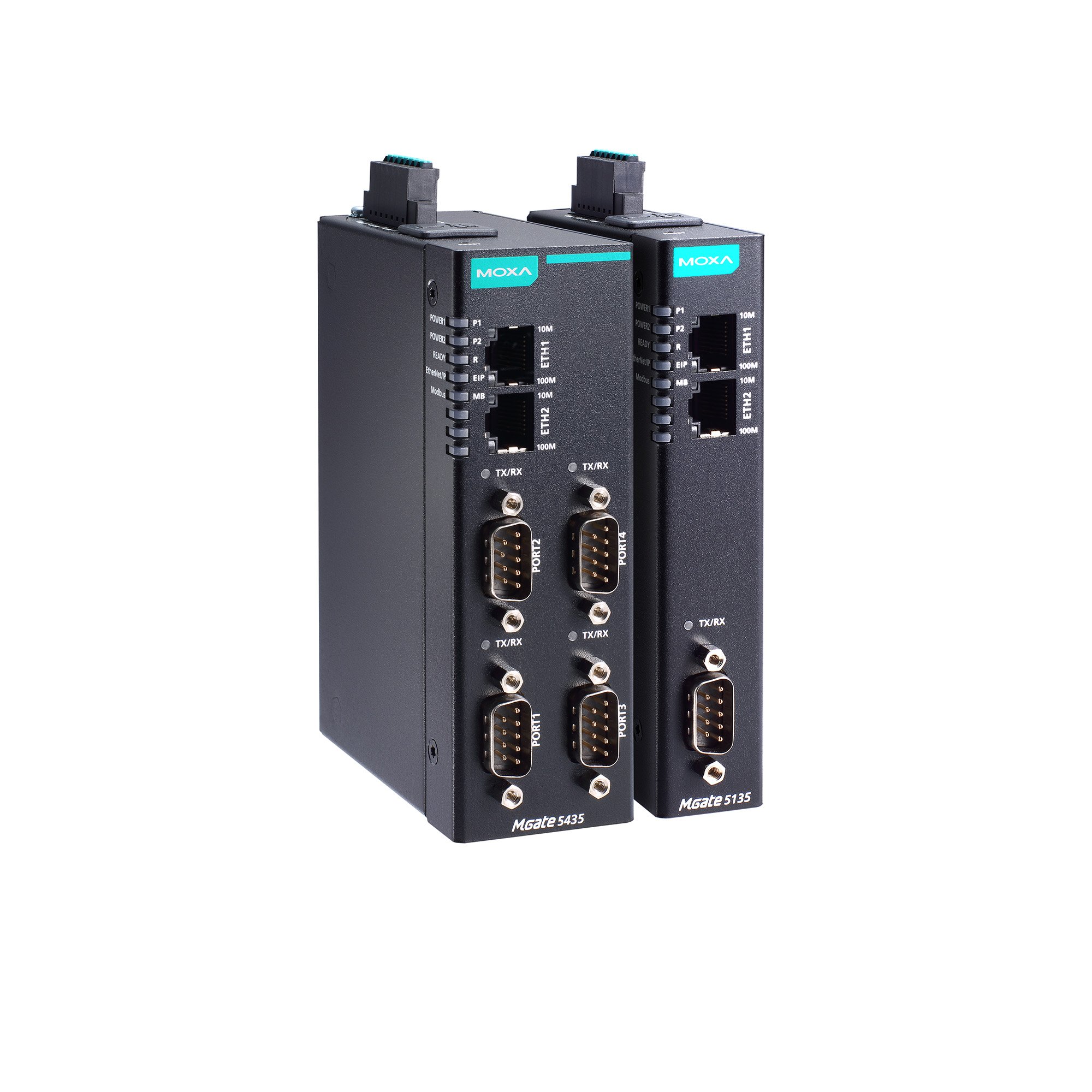 The MGate 5135/5435 gateways creates a link between Modbus and Ethernet, allowing for easier bidirectional communication. This technology hopes to bring about greater efficiencies in the integration process in addition to reducing issues downstream when the equipment needs further changes or servicing.

Moxa’s MGate 5135/5435 series has been designed to bridge the gap that still exists between Modbus and Ethernet. The MGate allows engineers to create a usable gateway for Modbus RTU/ASCII/TCP and EtherNet/IP networking. It works by integrating existing Modbus based devices onto an EtherNet/IP network.

In order to do this, and create a connection where the two different protocols work in harmony, the EtherNet/IP essentially becomes a Modbus client, accepting the data to then be sent to the EtherNet/IP host. In order to ensure security between control systems and industrial equipment including stand alone machines, the MGate includes HTTPS encryption. 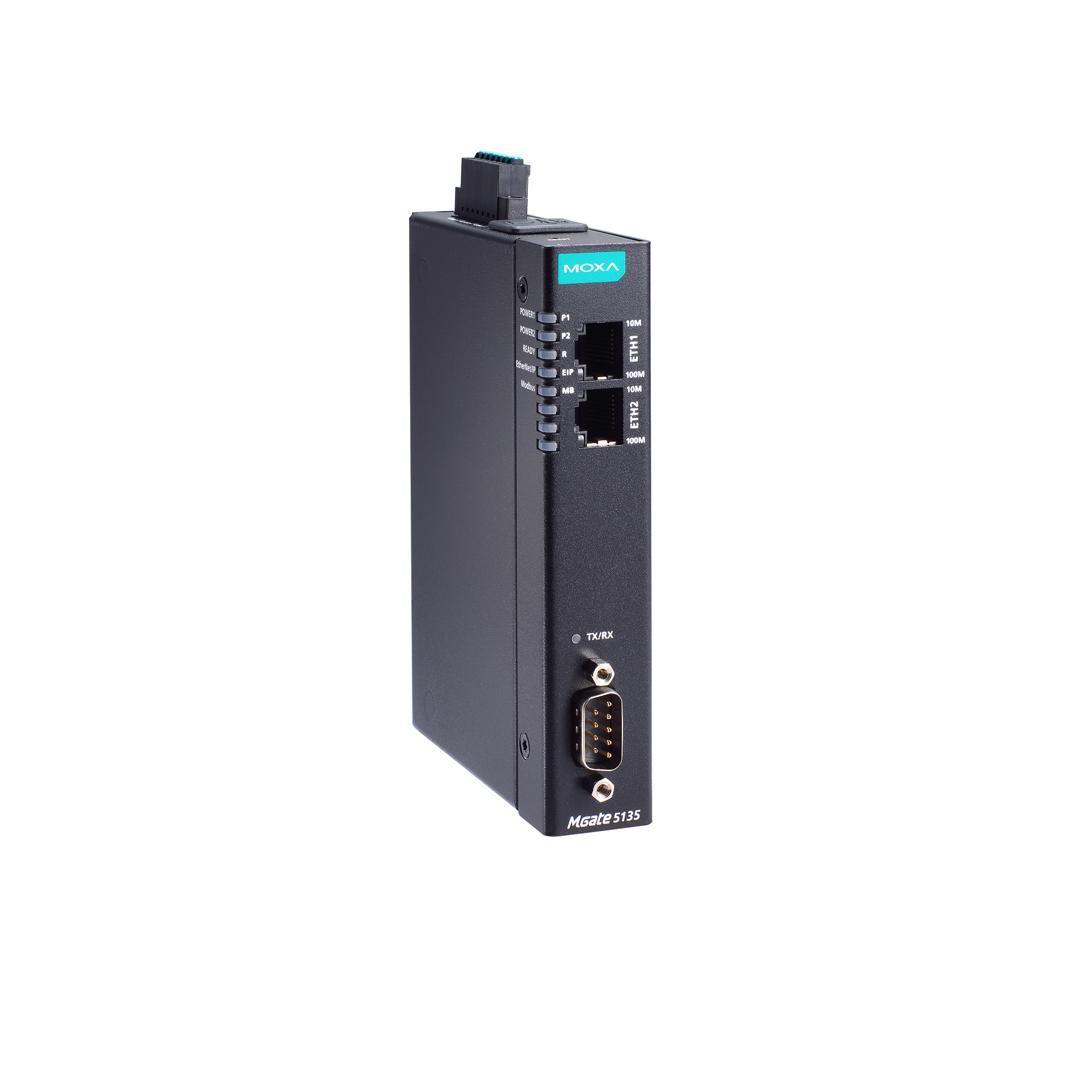 MGate 5135 with one port. Image used courtesy of Moxa

The tools included for network diagnostics are useful, especially in the installation phase of the equipment. They help to find and diagnose the root cause of any issues that may come about in the installation process or anytime thereafter. When a Modbus device does not respond or becomes disconnected from the network, the PLC/DCS/SCADA system is notified by a status monitoring function.

Fault protection is also utilized whenever a host becomes disconnected. The system will begin a status monitoring function that helps to keep end devices from being offline for long periods of time. 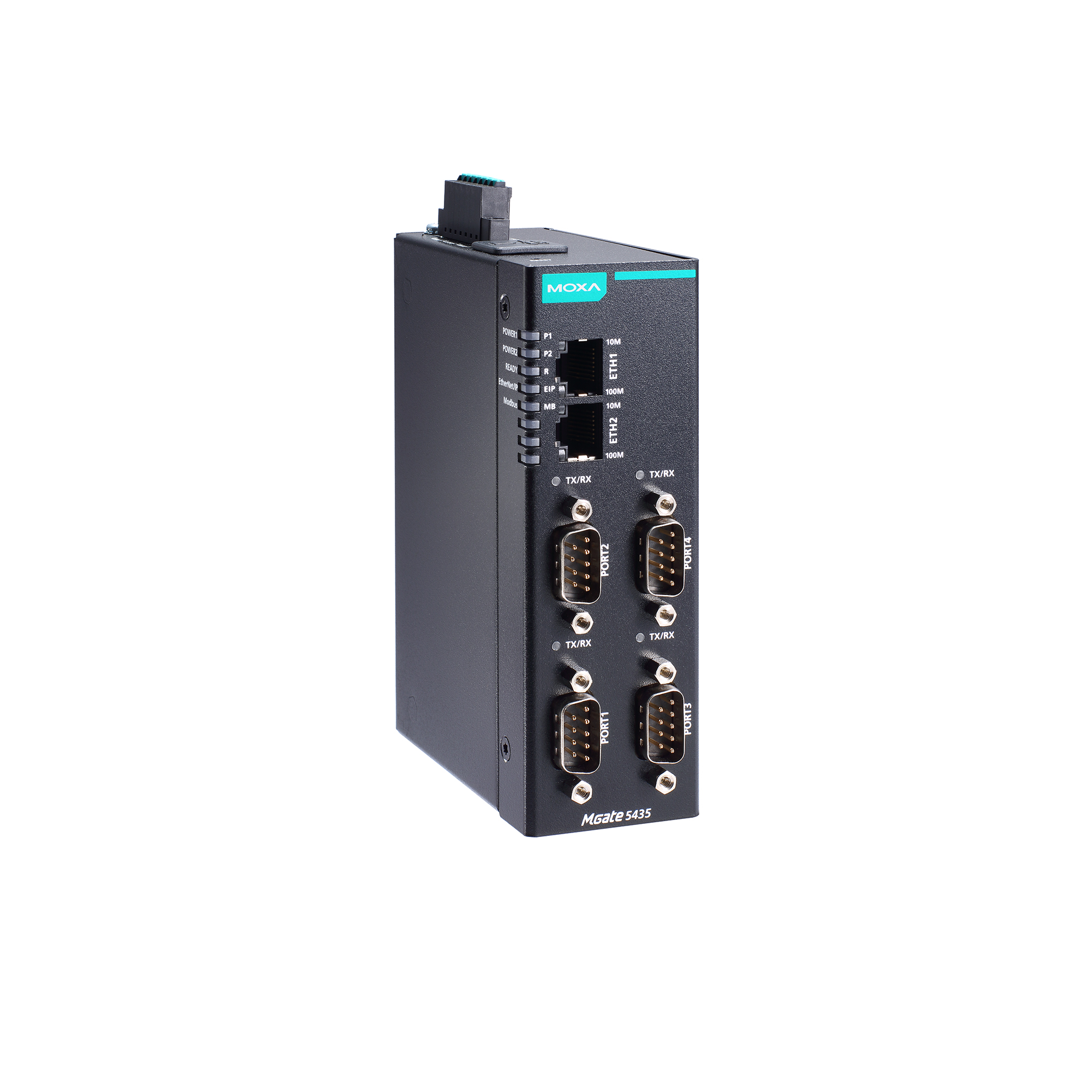 The industrial environment is often harsh, especially for electronic devices. The MGate takes this into account and features a compact metal housing that consists of rugged construction in order to protect the device. The housing makes the MGate suitable for different applications including:

With this in mind, the MGate can be used in nearly any type of environment where Modbus to Ethernet may be needed.

Moxa is a company that focuses on connectivity for the Internet of Things. They are considered a leader in edge connectivity, industrial computing, and network infrastructure solutions. Their products can be found in over 80 different countries and total over 71 million products sold. They have more than 30 years of industry experience to help guide them.