What are Soft Starters?

A soft starter device is designed to limit the amount of current consumed by a motor, or generally any inductive circuit, as it first turns on.

While not all motors require a soft starter, the result of not using one is generally a drop in line voltage, which can cause lights to flicker, computers to reset, and even cause fuses to blow.

This effect can be found in many motor applications, including lights dimming when a fridge/freezer compressor kicks in or using the starter motor in a car, which causes the lights to dim. 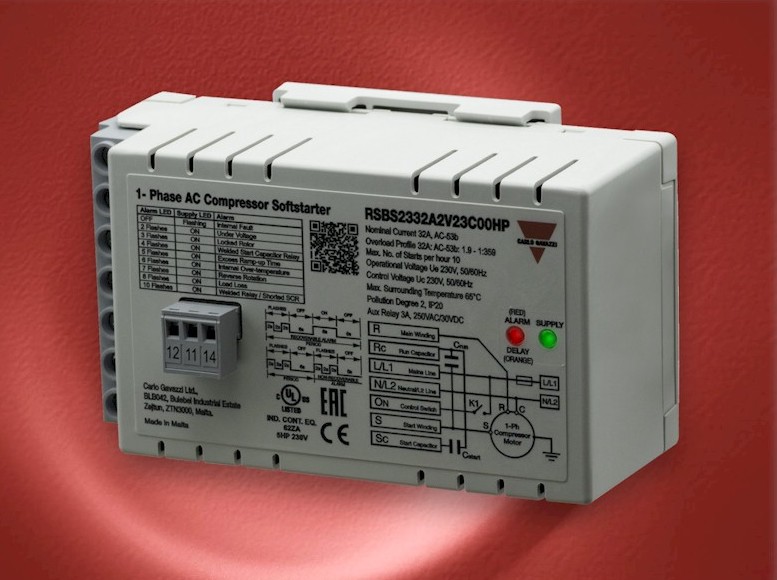 The new range is designed for use with single-phase compressor systems and suitable for powerlines that are prone to fluctuation.

The new series can work with single-phase voltage supplies from 195V to 264V.  These devices utilizes a current-limiting algorithm to intelligently control current to reduce heat dissipation by the soft starter. The device is rated for up to 37, and can supply up to 4.4 kW / 5HP at 40°C.

Once the unit is installed, it requires no user adjustment to operate. It has integrated diagnostic systems to detect voltage dips, powerless, and welded relay contacts, which can be problematic in other soft starter systems.

The RSBS series is ideal for both scroll, and piston compressors include an anti-short cycling function. The series has an auxiliary relay output with an alarm status LED to indicate to operators when the unit fails and what has specifically failed. LED blinking patterns identify the error.

When a control signal is sent to the RSBS series via the ON terminal, the RSBS initiates its ramp-up sequence. Initially, the compressor’s current is limited to 45A RMS. When the compressor reaches its full speed, the RSBS switches the power input via a bypass relay to disconnect the soft starter circuitry. 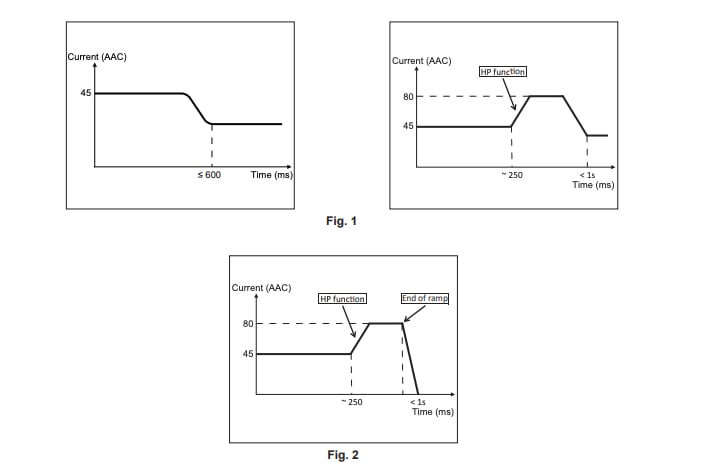 A screenshot from the RSBS datasheet showing the high-pressure function and ramp-sequence. Image courtesy of Carlo-Gavazzi.

The bypass relay reduces overall heat dissipation, and the RSBS will achieve optimal compressor start time within 600ms. If the RSBS detects that the compressor has not reached its full speed within 1 second, an alarm is triggered. The bypass relay is also disconnected to ensure that the relay is not used.

If the relay switches a current far too significant, then it risks welding its contacts. After 5 minutes, the RSBS soft starter resets the system so it can be used again.

Compressors are not just prone to high inrush currents, they can also face moments of high pressure whereby the motor either slows down or stops, and the inrush current at this moment can again cause fluctuations in the power line.

Therefore, the RSBS has a high-pressure function whereby it can detect the locked rotor and increase the maximum current to 80A RMS for a brief period of time.

The RSBS is only one series of products sold by Carlo-Gavazzi that can be used with motor systems. Other products include three-phase soft starters, no-external capacitor soft starters, and soft starters for centrifugal pumps.

The need for different variations of soft starters comes from other demands from different motor technologies. 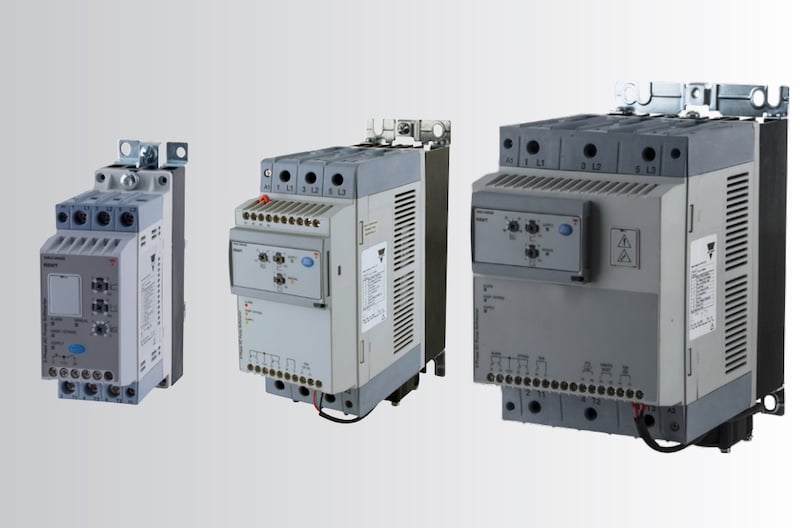 Compressors will have high inrush currents and have moments of lock rotor when experiencing sudden high pressures, therefore requiring a temporary increase in current.

Other soft starters sold by Carlo-Gavazzi, such as the RSWT range, include self-learning algorithms that change the controls of the soft starter each time the connector motor starts and stops, to improve performance over time.