Robotic sorting systems allow DHL to increase speed and accuracy for customers, but in a recent interview with Control Automation, we learned about some key exciting accomplishments of the new system.

DHL eCommerce Solutions is in the process of implementing a five-year $100 million automation investment plan. Part of the investment plan includes piloting two DoraSorter robotic systems in its Atlanta distribution center. DoraSorter is a product created by Atlanta-based company Dorabot.

After a year of implementation, the company deemed the DoraSorter implementation a success. The system has managed to keep a near zero error rate and has the ability to sort packages at an average rate of 3.6 seconds per parcel. With the addition of the new sortation system workers have been able to relocate to less repetitive tasks, and in some cases learn new skills for robotic upkeep.

Our Control Automation engineering team had the opportunity to discuss the successes with two DHL executives and gained some interesting insights from the integration process and the resulting impacts to the workforce. 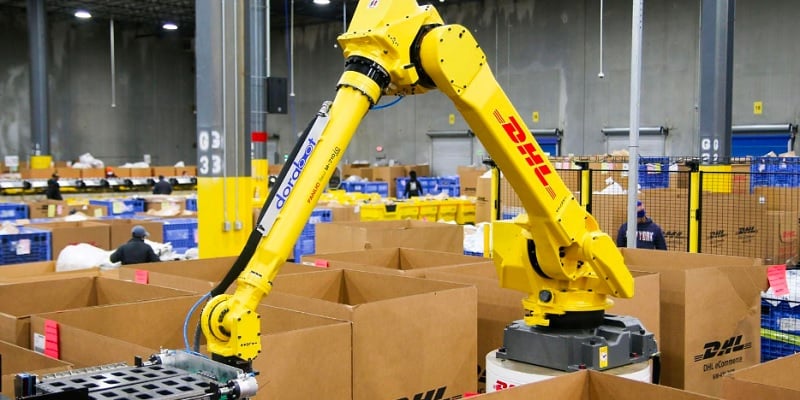 The system works using two different sorting methods, sort-to-gaylord or sort-to-bag. The sort-to-bag configuration is used to sort packages into bags for final zip code destinations. It takes packages from the warehouse's primary sorter and places them into one of 80 different final mile zip code locations. The sort-to-bag system has shown an increase in labor efficiency of 80%, freeing workers from repetitive sorting tasks.

The sort-to-gaylord system uses an end effector containing a drawer-shaped belt. The system is capable of sorting a wide range of parcels into gaylord containers. A gaylord is a type of corrugated container that fits onto a pallet for easy distribution and they are usually a single-use item. The gaylords contain the sorted packages that are then moved throughout the warehouse. The Atlanta sortation warehouse currently has 20 different 60 inch tall gaylord containers that have shown a near perfect sortation rate according to DHL.

In our interview with DHL, Vice President of Network Development, Heiko Schneider, explained that one of the most exciting accomplishments of this project for the team was the design of a robotic system flexible enough to process items of all sorts of shapes and sizes with a high degree of accuracy. A single plug-and-play solution was not possible for this project. For many thousands of diverse items, the robotic vision and sorting tools must be capable of interpreting the final destinations and handling the last step in packaging before shipping. Accuracy and reliability are critically important at this step. Once a product is shipped, inaccuracies cannot be corrected.

As of June 21st 2021, one of DHL’s eCommerce Solutions’ sister divisions DHL Express has implemented the use of a Dorabot AI-powered robotic sortation system. The system is located at a Miami based service center.

During the interview with Control, Scott Ashbaugh, Vice President for Operations, defined a shifting need in problem-solving skillsets for engineers as automation becomes more prevalent. Instead of focusing on individual tasks at discrete workstations, the entire system must be understood. Upstream and downstream workflows are severely impacted by any downtime or process change.

Gone are the days when one or two people missing from a line would only create a small reduction in output. Now, when a single machine goes down, the entire process grinds to a halt - immediate attention is not optional.

Ashbaugh went on to explain that rather than simply looking for problem-solving engineers, communication skills are critically important to relay symptoms and suggestions to departments at all levels. Automation solves many challenges, but introduces a host of other considerations into any facility.

As automation is implemented, DHL employees have responded to changes with energy and excitement, embracing new tasks and opportunities to learn new skills within an already familiar environment. 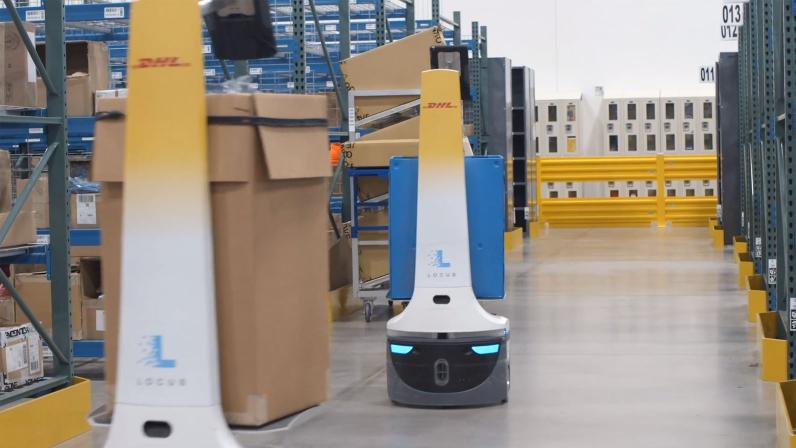 DHL is not the only company to switch to this approach for labor redistribution after the addition of automation. Many companies incentivize employees to learn new skills in robotic maintenance and operation in order to increase their wage earning capability, including an example from Amazon with the implementation of a Mechatronics and Robotics Apprenticeship.

The implementation of more efficient systems seems to be creating positive job movement for warehouse employees, helping them move from repetitive tasks with a higher risk of injury into more rewarding jobs and opportunities for internal promotion. The addition of such systems will also cause an increase in the need for skilled labor, while reducing the need for unskilled labor.