In a boost for manufacturing across the Northeast US, Doosan has announced a partnership with Industrial Automation Supply as a reseller for the popular collaborative robot M, H, and A-SERIES models.

As evidenced by a recent partnership, Doosan Robotics is strengthening its foothold in the US. Just this past June, Doosan Robotics Americas announced their plans to establish their headquarters in Plano, Texas. Now, by adding Industrial Automation Supply (IAS) to their list of distributors, Doosan will be increasing their reach in the northeastern part of the US. As Doosan’s partner, IAS will resell Doosan’s collaborative robot series H, M, and A. 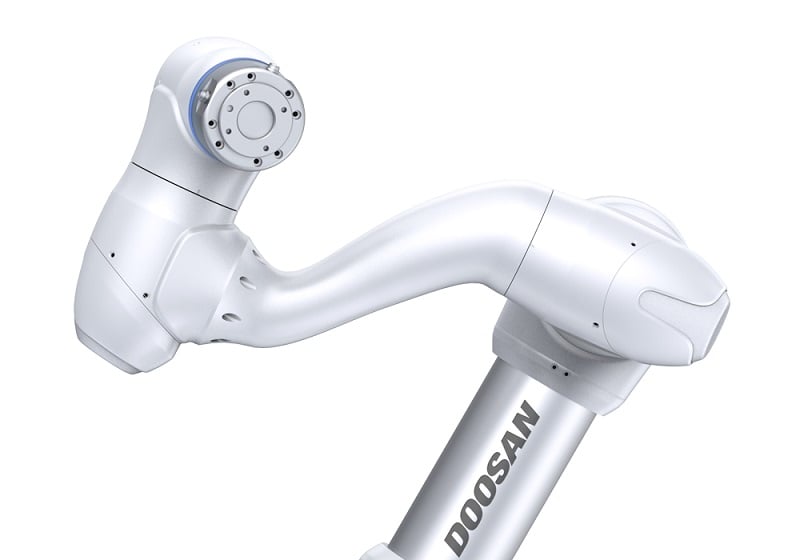 Known as the top robot manufacturer in South Korea—and fifth robot manufacturer in the world—Doosan offers collaborative robot solutions for a variety of tasks, including two of the most common applications in manufacturing: pick-and-place and machine tending. With a sleek arm design, ability to carry out simple and complex tasks, and prioritized worker safety, Doosan’s H, M, and A series have a lot to offer. 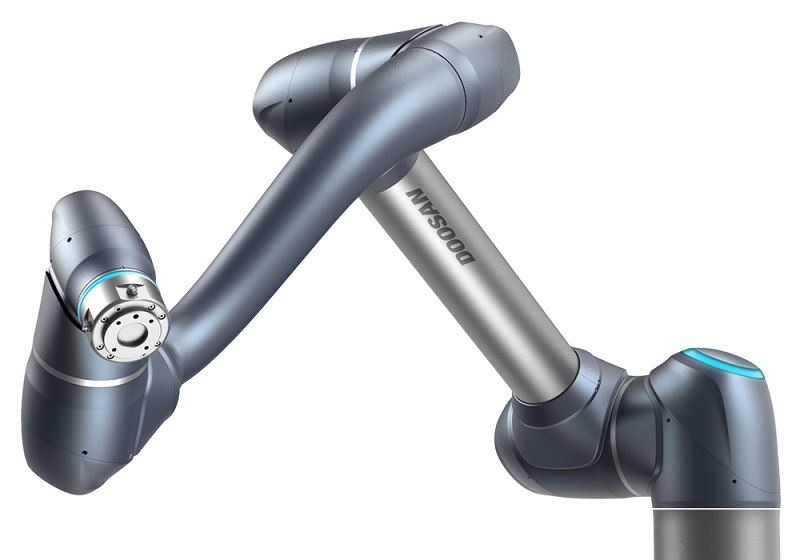 The H2017 and the H2515 from Doosan’s H-SERIES offer one of the highest collaborative robot payload ranges on the market at 20 kg and 25 kg. (Universal Robots soon to be released UR20 offers the highest payload of any Universal Robots’ cobot, topping at 20 kg.) With a reach of 1700 mm and 1500 mm, Doosan’s H-SERIES sees use in machine tending, palletizing operations, and moving heavy objects.

With four different cobot options, the M069, M0617, M1013, and M1509, the M-SERIES has seen popularity across Germany and the US. Each of the M-SERIES cobots’ joints contain six-torque sensors, making complex tasks requiring human-dexterity possible. Offering a payload of 6 to 15 kg and a reach radius of 900 to 17000 mm, applications of the M-SERIES cobots include machine tending, press forming, and welding. 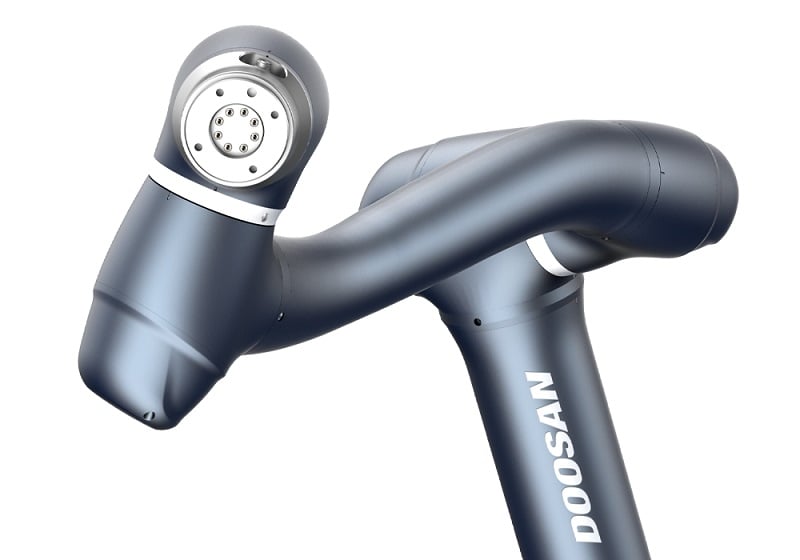 With four cobots, the A0509, A0509s, A0912, and A0912s, Doosan’s A-SERIES offers manufacturers affordability and return on investment with a 10% higher speed than other cobots on the market. Doosan’s A-SERIES cobots excel in repetitive tasks like pick-and-place, assembly, and dispensing.

Maine-based distributor, Industrial Automation Supply (IAS), has been in business since 1993. With a name and knowhow across the Northeast US, IAS provides manufacturers with electrical control and automation solutions directly from OEMs. By partnering with Doosan as a distributor, IAS will help to get Doosan’s cobot solutions to their New England client base.

Doosan Robotics Americas General Manager, Alex Lee, expressed his excitement about the partnership, stating that “Strategic partnerships are the key to success for Doosan Robotics, and with the addition of IAS, we are continuing to expand our reach across the US.”

Since its start in 2015, Doosan Robotics has seen rapid growth in robotic manufacturing. As part of the South Korean corporation, Doosan Group, Doosan Robotics aspires to carry out the group’s mission to build a “Proud Global Doosan” with its latest partnership.