Collaborative robots are a type of industrial robot designed to work alongside humans in an effort to improve efficiency and reduce worker fatigue. They are similar to other industrial robot arms in the way they look, but they operate under a different set of rules and guidelines, making their behavior much different than traditional hard robotics.

With recent labor shortages and market changes due to the pandemic, collaborative robots have become a useful tool to help manufacturers keep up with demand in their prospective markets. In response to labor shortages, cobots have found places in varying industries, in everything from welding to pick and place packaging. 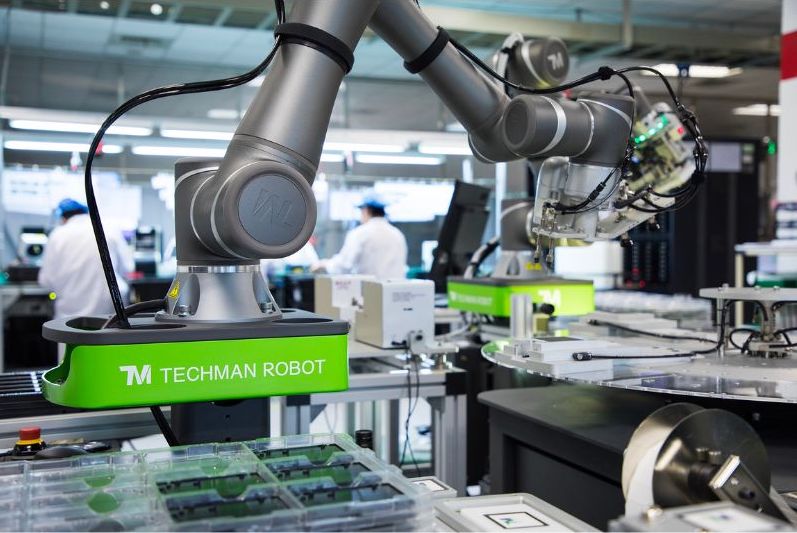 Cobots have their own set of features that are common to most cobot systems. Cobots are generally slower, easier to program, and more adaptable than industrial robots. Since cobots are often used in conjunction with workers, they require less complexity for successful integration into most plant processes.

In its most basic form, a collaborative robot cell is made for one specific task: to assist or work alongside factory workers to improve efficiency and reduce worker fatigue. The idea is that the worker provides the brains for the system while the cobot provides most or all of the necessary labor.

The collaboration between worker and robot makes for a more efficient system. It works by saving the worker from workplace injury and repetition while simultaneously reducing the expense in programming and advanced tooling or sensing for the robotic side of the arrangement.

One of the most unique features of collaborative robotics is the advanced safety features built into them. Since they are expected to work in direct contact with humans, their safety guidelines must be much more stringent than other robotic systems operating behind a safety fence. Not only are the robotic arms themselves different, but the design and features of the entire collaborative cell is often much different than other systems.

Because of this, cobot cells are often much simpler than an industrial robotic cell and can be less expensive. Since safety is built into the robot itself, there are many scenarios where there is no need for expensive fencing. Without a safety fence, the cost of a cobot system is often cheaper and easier to integrate into plant processes. Tooling and cell infrastructure costs can also be reduced since the accompanying worker often does the brunt of the thinking for the system, reducing programming expenses.

Programming procedures for cobots depend on the task assigned to the cobot, but are generally less complex and can usually be completed by the person operating the cell.  Sometimes a cobot can be programmed without a controller by moving the cobot in a programming mode where the arm is physically moved and adjusted by hand. The arm follows the movement of the End of Arm Tooling (EoAT), and program points are added on the necessary path as the cobot moves through them. This flexibility and ease of use in the programming phase makes cobots less rigid in their use than other systems. 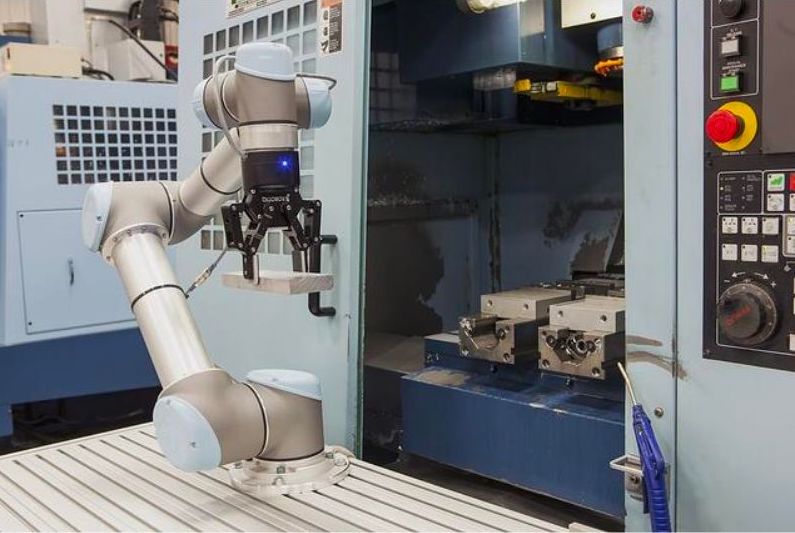 Figure 2. Machine tending with cobots can be made mobile so that one cobot can move between different CNC machines and assist where work is needed. Image used courtesy of Robotiq

A common example of a flexible cobot system is one used for machine tending. Cobots are often a good fit for this application and can be designed as a mobile machine tending system.

In this configuration, the cobot can be moved between CNC machines to assist workers in areas where additional labor is necessary. This works to alleviate bottlenecks and spreads the labor of the cobot to areas where it is needed so it is rarely without work. The operator simply moves the cobot between systems when necessary and programs in the necessary program points for operation.

Machine tending is one of many different configurations where a cobot moves from area to area to meet specific demand within the plant itself. This flexibility makes cobots advantageous to smaller companies because they can buy fewer cobots and spread their labor over a broader range of tasks, helping to reduce the initial steep buy-in cost of robotics.

Cobot cells are less dependent on sensors and often need very little sensing capability, especially in terms of safety. The arms are built to sense interference when moving. If the arm makes contact with something on its path, the arm is able to sense a torque spike and will stop its motion. Cobots are limited by the standard ISO 10218 and are only allowed to reach a speed of 250 mm/s when they are in the proximity of a worker.

Collaborative robotic systems have many special features that allow them to operate in the industrial workplace. Engineers have to find a balance between robotic speed and worker safety. They often have to look for creative ways to increase speed throughout the system, while remaining within specific collaborative robot safety standards. In addition, the cell needs to be designed in such a way that the workers and the robot don’t interfere with each other in order to keep the system efficient.

Proximity to humans is a challenge from a safety standpoint when designing the cobot cell. In many applications, the robot moves more slowly when a worker is present and speeds up when the worker is a safe distance away. A change in worker location or a more complex setup with fences, a sensing system, or switch is required to operate with higher cobot speeds. 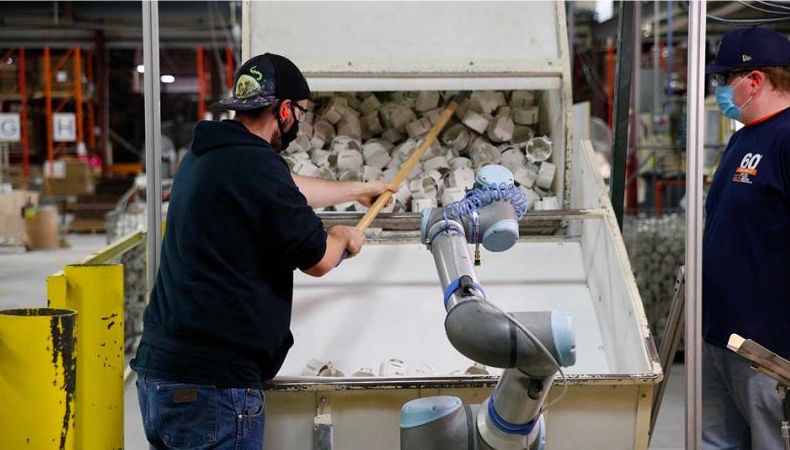 Figure 3. Cobots and humans work alongside one another to increase efficiency in the industrial workplace. Image used courtesy of Universal Robots

Collaborative robotics can be thought of as a blend of traditional industrial robotics and human labor. The two work together in a way that benefits from the strength of each party. The cobot is used to do the heavy lifting, and the worker is used to do the thinking and reasoning.

In many applications this balance works well for both the robot and the worker. Worker satisfaction is increased because they are doing the thinking, and the robotic system has an easier time achieving the desired result, reducing the high cost normally associated with programming. Since cobots interact directly with humans, safety is a major factor to consider when designing any collaborative cell. With enough forethought however, a successful blend of human and robot labor is often achieved.