What Is a Cobot? A Brief Look at a Popular Industrial Automation Trend

What Is a Cobot? A Brief Look at a Popular Industrial Automation Trend

Cobots are steadily becoming a larger presence in the automation space. But not everyone's yet familiar with what these machines do and what makes them special.

You may have come across the term cobot in recent years, most likely in reference to industrial robotics in a production facility.

What makes a cobot different from a typical robot? And how common are they in the automation space?

What Is a Cobot?

Cobot is a portmanteau of "collaborative robot" (as "smog" is to smoke/fog or "spork" is to spoon/fork). The term cobot is broad and is generally applied to any robotic application that is meant to be cooperative with and safe for human counterparts. 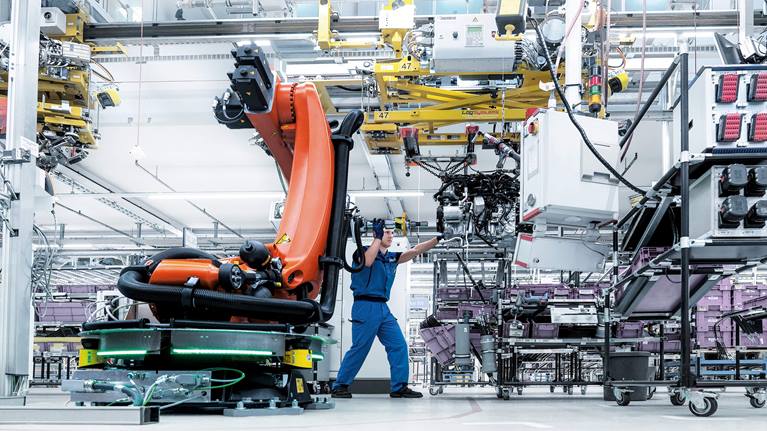 An example of a cobot working in close proximity with a human. Image used courtesy of KUKA

Modern cobots are guided by various environmental sensors that provide data to machine vision algorithms and motion-planning technology to optimize motion paths and avoid collisions with their environment. They utilize precision processing and are often equipped with sensors that react to collisions immediately to prevent injuries.

If you're not convinced that cobots are a legitimate trend, I would point you to the billions of dollars of R&D and sales that have gone into this sector of the robotics industry, spearheaded by some of the most familiar names in the industry.

Examples of cobots that are available for use include: 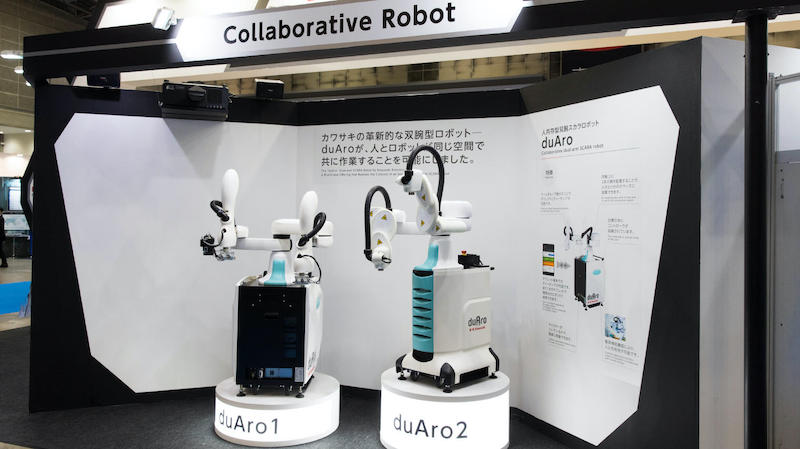 Cobots, like many industrial robots, can serve many applications. A brief listing of cobot applications in the wild includes:

Additional cobotic applications outside of the industrial setting can include automation in anything from food preparation, agriculture, and even surgery.

Increasingly, however, it will be possible for cobots to complete more complex tasks, even those that require adaptive reasoning through the use of technology such as genetic algorithms.

The (Surprisingly Long) History of Cobots

The concept of machines that work in tandem with humans is obviously not new (though machinery that allows for humans to work consistently safely around it is likely newer). The idea of a cobot in particular, however, was first named in 1996 by Michael Peshkin and J. Edward Colgate, at the time two associate professors at Northwestern University's Robert R. McCormick School of Engineering and Applied Sciences.

As described in a 1996 Chicago Tribune article titled "Mechanical Advantage," Chicago Tribune staff writer Jon Van reported that the concept of cobots was born out of a collaboration between Northwestern and GM when the two professors aimed to reduce the physical strain of production line labor on workers.

Their initial concept for a cobot, however, was very different from our modern understanding of the term. The duo, along with their co-investigator Prasad Akella (at the time lead engineer at GM), developed the idea of a device that would be controlled by a computer to help hoist heavy automotive parts in an assembly line. The cobot did not have power and relied on a human to actually physically move the part—but the computer guided the positioning of the part so that the force exerted by the human worker would result in a correct fitting, regardless of which direction they pushed it.

In their 1996 journal publication, "Cobots: Robots for Collaboration with Human Operators," Peshkin, Colgate, and colleague Witaya Wannasuphoprasit, described the simplest form of cobot as a "unicycle" device with only one steerable wheel as its sole joint. 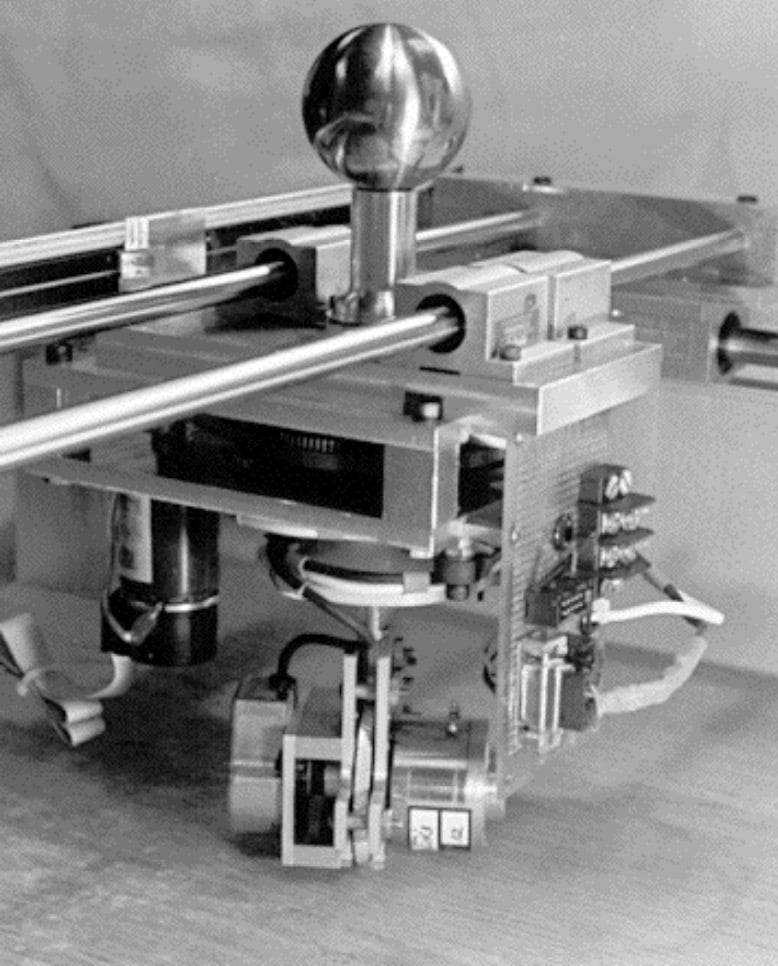 A photo of the "unicycle" cobot protoype developed by Colgate, Wannasuphoprasit, and Peshkin. Image used courtesy of Northwestern University

The team said they would have actively given the cobots powerful motors but they feared the risk of injury to a human. "...after working ourselves on the factory floor, we realized that such a thing would be too dangerous," Colgate told the Chicago Tribune almost 25 years ago. "You couldn't have workers in close body contact with such equipment."'

It should come as no surprise that Colgate and Peshkin had not guessed at the time that a quarter-century later, cobots would be high-powered and have advanced machine vision systems and motion planning technology to allow robotics that move tons of metal to be safe for human coworkers. In 1997, however, Peshkin was quoted stating that the team aimed to use cobots in both the textile industry and in robot-assisted surgery—so perhaps they knew the far-reaching possibilities of cobots, after all.

The initial purpose of cobots when the term was coined was to provide safer, more comfortable working conditions for human manufacturing floor workers. There's no doubt that modern cobots make workplaces significantly safer than their non-collaborative predecessors and contemporaries.

Depending on who you ask, cobots are either the harbinger of the replacement of human workers or the representation of a future wherein human workers are even more valuable to their facility. Part of this conversation is the fact that cobots are, by some measures, more accessible to extent facilities than a fully automated solution. After all, human workers still hold years of experience, the ability to make judgment calls, and ingenuity that machines are unable to contribute at present. For this reason, a cobot may be more attractive to allow human workers to optimize their labor rather than replace them altogether.

Have you worked with cobots before? Have you designed them? Share your expertise with the community in the comments below.