Mobile robot work cells can move between workstations and tend to where demand is highest. These self-contained work cells offer more flexibility for manufacturers than industrial and collaborative robot cells we have previously talked about.

Mobile robots have become a useful tool for not only industrial manufacturing and logistics operations, but also in healthcare and dangerous industries, such as mining. These robotic systems are essentially a complete robotic cell that can move from job to job and contain a complex system of logistics and safety packaged into a moveable bundle. 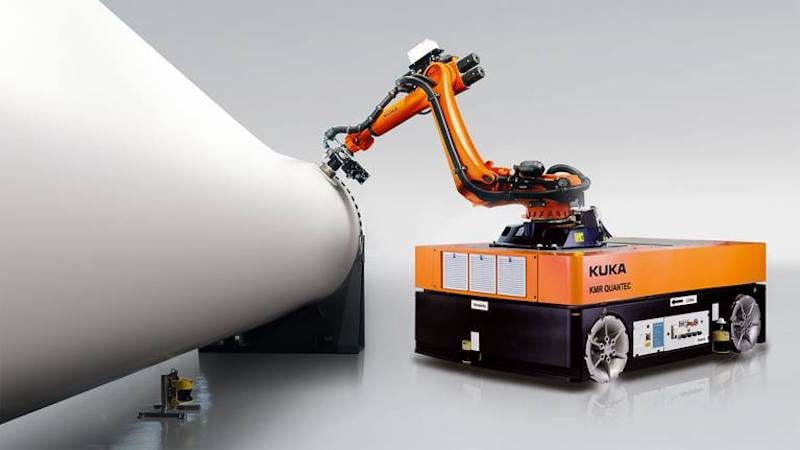 Figure 1. Mobile robots are often a more appealing option to manufacturers because of their ability to move or be moved to where the work is at. Image used courtesy of KUKA

Mobile robotics can be looked at in two different categories: mobile autonomous robots and movable robotic cells. Autonomous mobile robots (AMRs) are capable of moving through their environment autonomously and are a self contained unit. Regardless of their nature, whether autonomous or simply moveable, mobile robots are used in industries ranging from manufacturing and mining to healthcare

Movable robotic cells are similar to traditional stationary robotic cells, but they can be moved from station to station to fit demand within their work environment. Mobility also means that if an assembly line stops producing, a mobile robot can be moved to a different production line or work station, as opposed to a stationary robot having to stop work. This often makes their initial investment easier to recoup than stationary systems, and thus, more appealing to manufacturers.

What is an Autonomous Mobile Robot (AMR) Workcell?

An AMR is essentially a complete robotic cell on wheels, tracks, and even drone propellers. AMRs are able to move from workstation to workstation based on demand or assigned tasks. Although many of these systems are smaller than their stationary industrial counterparts, they must contain all of the same and more sensing and safety capabilities in order to move around their environments and avoid injuring workers in the process.

AMRs are generally a complete system and need less design considerations than custom robotic systems for specific industry processes. These autonomous systems are usually bought as a complete product that can be customized to specific tasks within the design parameters of the robot itself. This makes it easier for plants, warehouses, and the like to buy an entire fleet of robots for a lower price.

The work cell for an AMR is more difficult to objectively define than for a fixed robot arm. The robot has a wider work envelope, and therefore the workcell boundary must travel with the robot. The sensors around the robot base will create a safe detecting boundary a number of feet or meters away in all directions, looking much like a cylindrical envelope that moves with the robot. Additionally, the pickup and dropoff points for the robot cargo would be included in the work cell, just like with any other robot.

Following are some examples of AMRs and their respective work cells in common real-world operations.

AMRs are often used for logistical tasks, moving materials and goods from one location to another. Since they are often logistical in nature, it makes sense that these robotic systems can be controlled by a singular entity, especially in the case of multiple AMRs in a single plant setting.

In large warehouses that use AMRs to sort and move packages, for instance, the robots are often controlled by a single system based on cloud computing. This allows the robots to interact with each other as they complete tasks throughout the plant. In some settings, the workers carry devices that keep track of their location so the robots can avoid workers and high traffic areas. 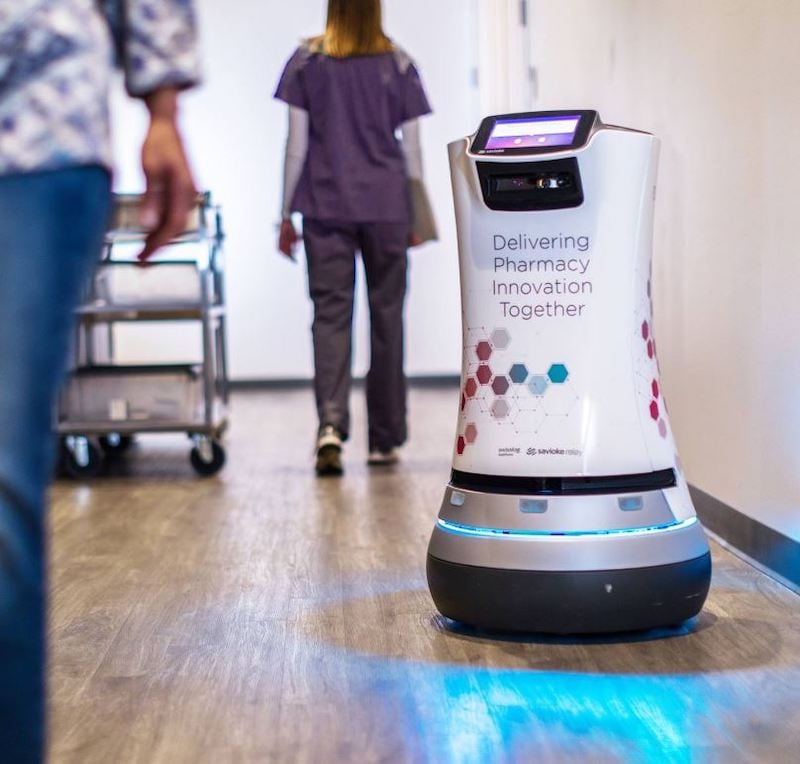 Figure 3. AMRs in hospitals helped keep operations running during the peak of the pandemic. Image used courtesy of Simeks

The COVID-19 pandemic created pressure on many hospitals to find better solutions for sanitizing to increase hospital staff safety. AMRs have been used to help increase safety by autonomously sanitizing hospital rooms and also delivering food, medicine, and supplies around the hospital, such as the AMR seen in Figure 3. This helps to reduce contact between staff members to lessen the risk of transmission and to help alleviate labor shortages for busy hospitals.

AMRs have also been used to complete more dangerous and hazardous tasks such as in the mining and oil and gas industry. The use of a robot for a dangerous tasks greatly reduces the chances of worker injury while on the job. 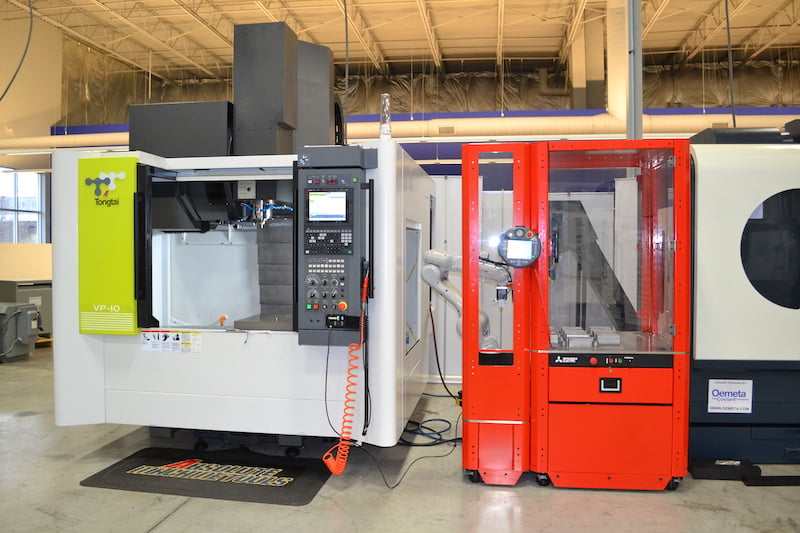 What is a Movable Robotic Cell?

AMRs are completely autonomous and go about their business with little input from plant workers. They work alongside each other in relative harmony without much disruption to either party. Movable robotic cells, however, are less independent.

These cells often have a flexibility level somewhere in the middle of an AMR and a traditional manufacturing robot. The idea behind this type of system is to spread the investment cost of the robotic system to the areas with the highest labor demand within the plant process. An example of this type of movable robotic cell is Mitsubishi Electric’s LoadMate Plus, seen in Figure 4.

Movable robotic cells are often CNC machine tenders, sorting systems, or palletizing robots. They are designed to be a jack of all trades in their particular area of expertise.  A good example of this sort of system is the CNC machine tending robot. This type of robot can take the place of a human worker tending a CNC machine. The job usually entails placing parts on the machine to be worked on, removing finished pieces, deburring, and finally some level of quality control.

With the CNC example in mind, we can understand the benefit of a robotic system that is movable to meet demand within the plant. If the machine tending robot can be moved from CNC to CNC without much difficulty to an operator, then it can be moved to the areas experiencing the highest demand. With the help of the robotic system, bottlenecks can be alleviated and the cost of a robot spread between the CNC machines. This is only one example, but the idea can be scaled to fit many different processes. 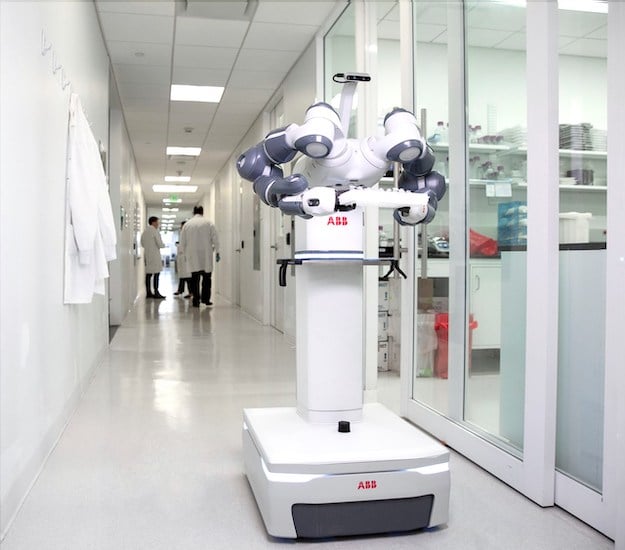 A more recent trend in movable robot cells involves the use of collaborative robots or cobots. Cobots are industrial robots with certain safety protocols and design features that allow them to work in tandem with workers. A movable cobot cell presents many opportunities for manufacturing plants, hospitals, and other industries, offering additional labor to workers for demanding and repetitive tasks that require mobility.

Self-contained and mobile, mobile robotic cells are a unique type of work cell that offer industries flexibility in how robotic labor is divided between operations within their processes. They bring robotic labor directly to where the demand is and can help improve worker safety in dangerous fields of work.