Robotic work cells are set up so that a robot or robots can complete multiple automation tasks in a singular area, making for an efficient and cohesive automation process. Robot cells have become a major part of almost every manufacturing industry, offering their users many benefits by reducing labor costs and performing difficult and repetitive tasks so that workers don’t have to. Industrial, collaborative, and mobile robots all make use of robotic cells. Learn about the common features, components, and safety requirements of robotic work cells used by industrial robots. 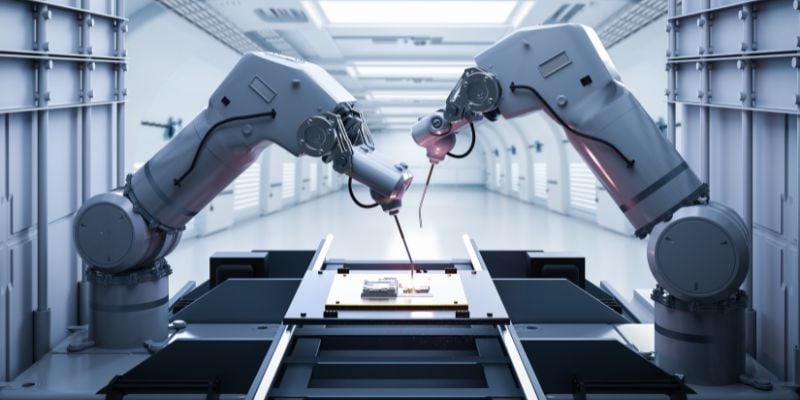 Industrial robots are capable of operating with a wide range of manufacturing tasks, including working with heavy construction equipment to the sensitive microchips and electrical components. They usually consist of single arm robots that constitute a high level of speed and accuracy.  Because of their high speeds, industrial robots generally need to be isolated from the workspace when operating to protect workers from dangerous, fast moving parts. They often rely on a number of sensors and PLCs in order to accurately sense the environment around them.

When it comes to robot work cells used by industrial robots, these cells have a general set up and flow for most applications. In the manufacturing process, raw materials need to be assembled, shaped, welded, moved, or palletized. These are the types of jobs that industrial robots excel at. Any process that is repetitive is often a good candidate for robotic integration.

Once the cell is integrated into the plant process, the material or goods that need work done to them are presented to the cell in some fashion. Whether that is on a conveyor belt, bin system, or clamped into a welding jig. Once the robot has control over the process, it does its work. When the work is completed, the manipulated part is removed, either by another robot or some type of system, and the process is repeated. The goal of industrial robotics is to reduce the amount of human hands that touch a product from start to finish. 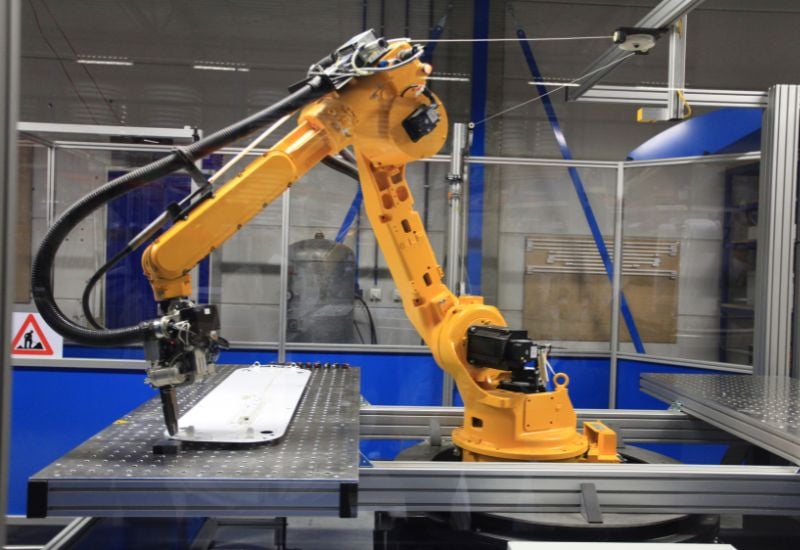 Figure 2. EoATs, PLCs, motors, and sensors are all components of a robotic work cell that assist the industrial robot in its operations. Image used courtesy of Canva

Components of an Industrial Robot Cell

A robotic cell is much more than just a robot that sits in a manufacturing plant. In fact, the industrial robotic arm by itself is almost useless. In addition to the robot, there are a myriad of sensors, motors, pistons, PLCs, and other components that help to assist the robot in its operation. Some common components in most industrial cells include End of Arm Tooling (EoAT), PLCs, motors, and sensors.

The EoAT is fixed to the end of a robotic arm. It is the link between the object receiving the work and the arm doing the work. EoATs can consist of almost any configuration: from vacuum box grippers to welders and painting tools. There are companies that make EoATs that can fit a wide range of applications. These work well for certain applications such as palletizing where one gripper is capable of multiple tasks. These help to save the integrator time and money in the design process. For many applications, however, an EoAT will have to be designed and manufactured for more specific tasks.

PLCs are often used in industrial cells to control processes that are within the cell but out of the scope of the robotic control unit itself. PLCs act as the brains of the cell operating around the robot. They are usually linked to the robot in some way so the two different controllers can talk to each other. The signals between the different control systems are used to determine a hierarchy of tasks or operations to be completed and in what order. PLCs are often used to control conveyor systems, doors, pistons, and sensors. The PLC then takes the information from the cell and tells the robot what is going on within the cell.

Motors, drives, and sensors are often used throughout a cell to move certain components and relay information about them. Motors are mostly controlled with drives that are linked to a PLC or robot controller. They wait until the controller gives them a signal to complete their tasks.

Sensors are used to relay information about the cell to the robot or to the PLC. They are used to tell the control units where different components are within the cell or if any problems have developed within the cell during the process. Sensors are also used to keep track of the level of consumables such as slip sheets for palletizing or fluid levels in tanks. In effect, sensors are the “eyes” of the industrial robotic cells. They are often useful in the primary stages of quality control and can be used to reject defunct products early in the process, saving time and money downstream. 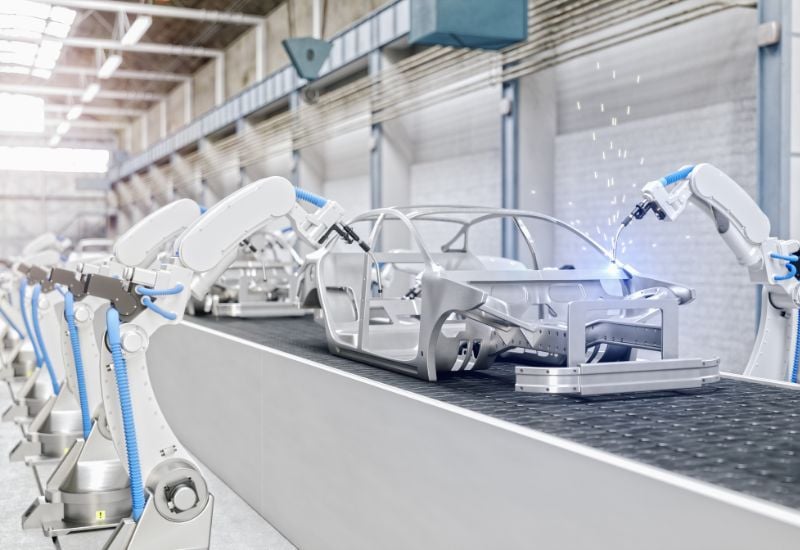 Since the beginning of the industrial revolution, the factory has traditionally been a dangerous place with powerful machines that can easily hurt workers if not properly protected. Over time, factories have become much safer and industrial accidents much less frequent. Industrial robots are powerful industrial machines and have the power to seriously harm workers if proper procedures and protocol are not followed. Since industrial robotic systems move quickly, they need to be able to sense danger and stop operation anytime a person enters their zone of influence.

Industrial robots have specific safety features built into them from the time they are manufactured. Most of these robots have a safety fence built around them to prevent the possibility of a worker entering the cell while the robot is in operation. Sensors are often set on the doors or light curtains over any place that a worker might enter the system. The robots themselves are programmed to stop immediately if the sensor is tripped. This is called a hard stop and the robot will come to a halt immediately. This ensures that workers are protected should they enter the cell while the robot is moving.  Hard stops are not good for the robotic arm and should be avoided, but they help to keep workers safe.