Both industries have experience working in aviation and military applications, making them well-equipped for a partnership like this one.

FACE was created as a voluntary consensus standards body and is the direct offspring of NAVAIR. The purpose of this group was to allow different industry and government leaders to speak the same language when addressing challenges in military aircraft development and implementation. 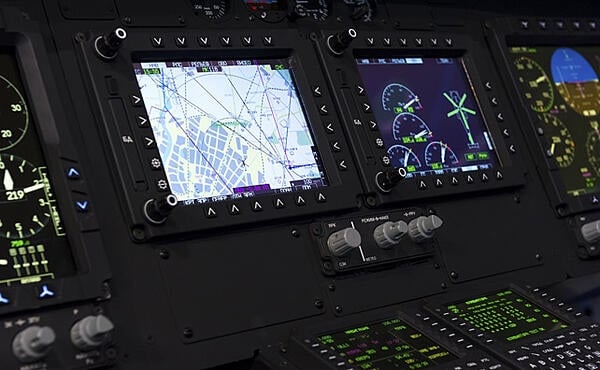 The FACE architecture being used in application. Image used courtesy of Real-Time Innovations

It is not a computer or software program but rather an environment for collecting data during flights and during testing that can be used across multiple aviation platforms in the Navy.

Developing systems that work on all Navy aircraft, despite their differences, is part of the challenge.

FACE was designed with several major concepts in mind to promote a more user-friendly environment. The five major segments of FACE are:

Each of these segments contains hardware, software, testing, data collection, control, and more. Each piece has its own conformance standards that must be tested and met to be FACE certified. 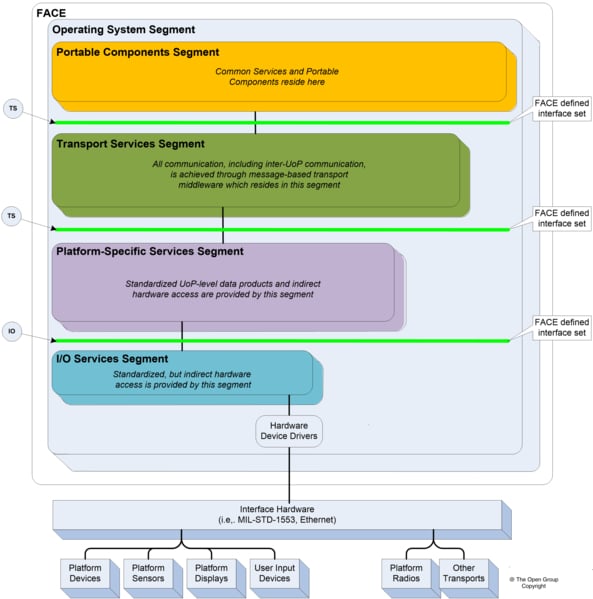 The partnership between UEI and RTI will focus on addressing challenges in TSS. The message-based data transfer system requires data collection and bundling to be performed according to FACE standards.

UEI specializes in building data acquisition racks and hardware. They have designed and implemented over 85 boards used in simulation, test, and real-time data collection. Their data collection racks can hold up to 12 I/O boards and integrate with several programming languages, such as C++, LabVIEW, Matlab, Python, and others.

The FACE logo. Image used courtesy of The Open Group

The racks and chassis can be purchased with fanless cooling, rugged and shockproof designs, with internal health monitoring, and meet dozens of military instrumentation standards.

RTI has developed software solutions for over 1000 global defense applications and over 1,500 critical systems to date. They were also the first company to produce a FACE-compliant product in the TSS.

RTI is also the largest software framework producer for autonomous systems. Information collected can be sent securely between hundreds of systems and the cloud, in real-time, improving the performance of tests and control systems. They will be developing software that extends FACE compatibility between systems.

FACE is currently focusing on interoperability between aircraft, software platforms, and other components. The more collaboration between industrial partners, such as UEI and RTI, the easier these systems will be portable and the technology transferred between aircraft platforms and systems.