Silicon Valley-based Fetch Robotics is a pioneer of On-Demand Automation, providing safe, highly-efficient, and versatile autonomous mobile robots (AMRs) for warehousing and intralogistics markets. The company received a flourish of commendations during 2019 for its exceptional service, being recognized by Fast Company in the category of Most Innovative Company and the AI Breakthrough Award for Best Overall Robotics company.

Among its offerings, Fetch sports its cloud robotics platform, a range of material handling bots, platforms for robotics research and for commercial robots, and partner disinfection AMRs. Recently, the company has aimed to fill the need for disinfecting robots during the pandemic and expanded upon the earlier release of the Breezy One disinfection AMR with the latest release of the new SmartGaurdUV.

The Breezy One is an autonomous disinfection fogging bot. Breezy One is 99.9999% effective at eliminating viruses (including COVID-19), bacteria, and spores. It uses patented, EPA-registered disinfectant that has been developed and tested by the US government (within 9 government agencies and over 10 independent laboratories) and is safe for humans. The disinfectant fogging allows safe reentry into any space within two hours from when fogging is finished. 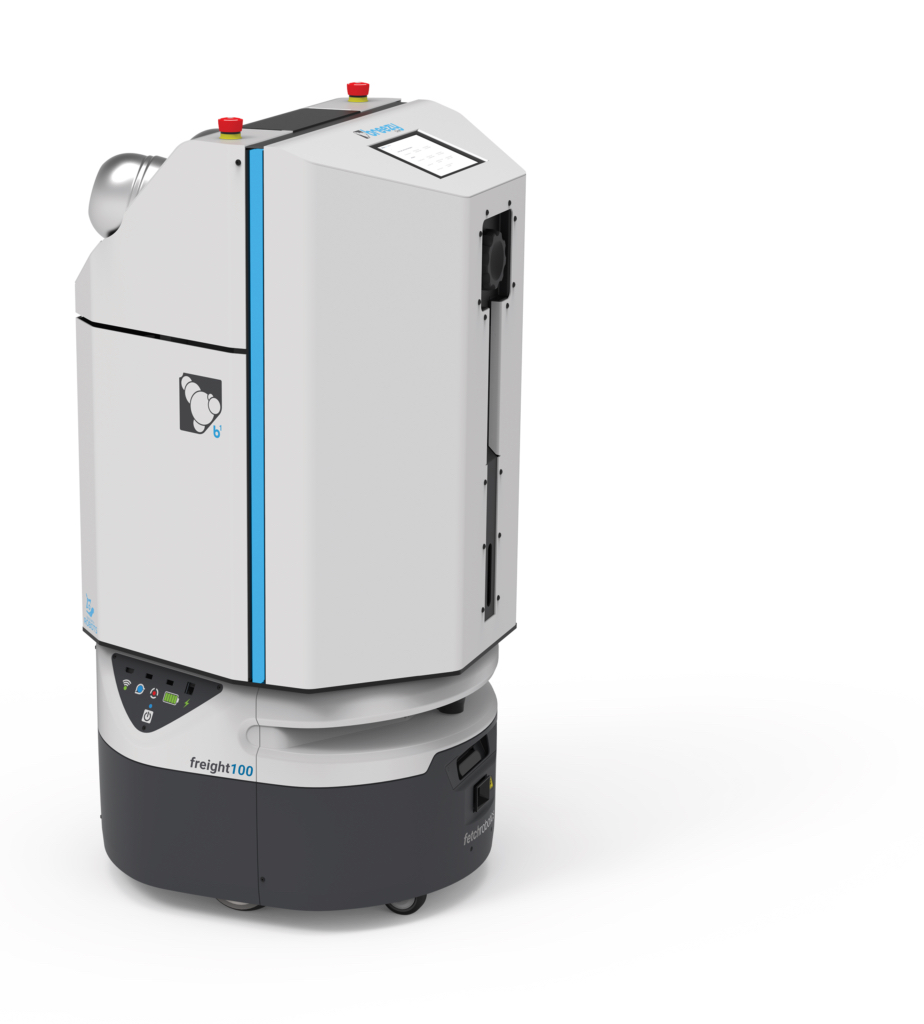 An area of 100,000 square feet can be decontaminated in only 1.5 hours. This robot has been built for use in large-scale facilities such as factories, distribution centers, airports, and warehouses. The fog emitted from the Breezy bot can get to nooks and crevices that UV cannot, like between keyboard keys and behind doorknobs. Breezy One is designed to support staff workers with easy workflow integration and caters to worker safety.

Fetch’s next automated disinfection bot, the SmartGaurdUV, is a state-of-the-art, high-intensity UV-emitting robot. The SmartGaurdUV utilizes PURO Lighting’s UV Pulsed Xenon system, which is powered by Violet Defense. It produces germicidal UV-C, UV-B, and anti-bacterial UV-A that deactivates the DNA and RNA of organisms. Like the Breezy One, SmartGaurdUV bot is effective against bacteria and viruses including norovirus, Coronavirus, Ebola, and Influenza. 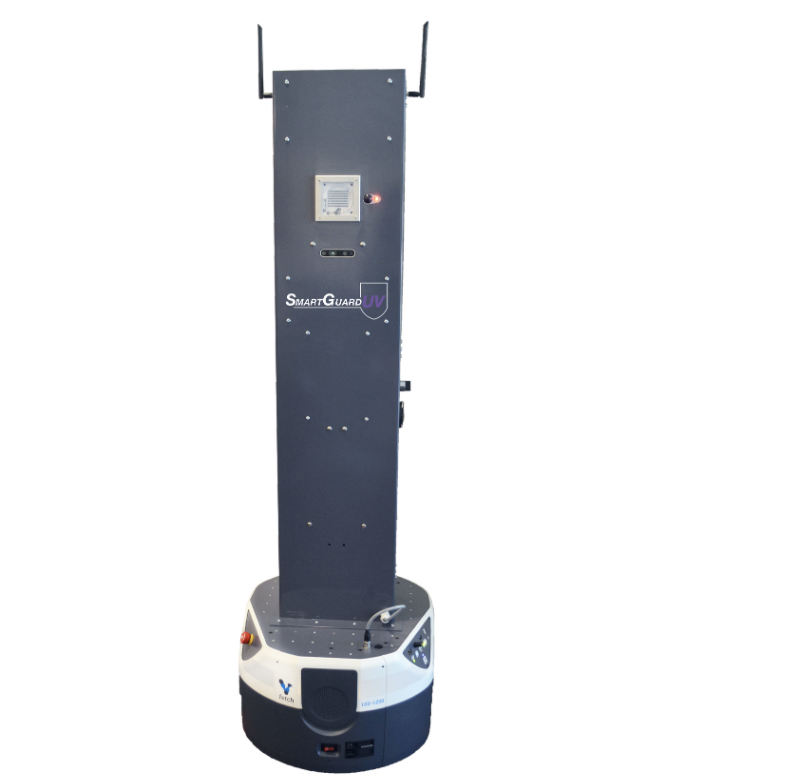 Unlike other UV lamps, the Xenon system in environmentally friendly and does not utilize mercury. The bot can also run on less power, which can reduce system costs. Automatic shut-off and object detection enable the bot to sense if workers are nearby, shutting off UV light to prevent harm to employees and avoiding collisions.

Disinfection, event validation, and tracking UV light performance are all able to be implemented with the SmartGaurdUV using Fetch’s 4SITE cloud-based platform. Cleaning performance, disinfection duration, photographic evidence, time, date, and location can all be recorded and a report produced.

SmarGaurdUV bots can disinfect areas of up to 1000 feet with great speed and with little downtime for environments including manufacturing, warehousing, offices, hospitals, and airports.