Researchers from the Fraunhofer Italia Innovation Engineering Center are working on the development of a new robotic platform called Husky A200.

The machine is being designed to perform autonomous logistic tasks on construction sites in order to bridge the gap between the building and robotics industry. The Husky A200 software core utilizes a newly developed technology called building information modeling (BIM). 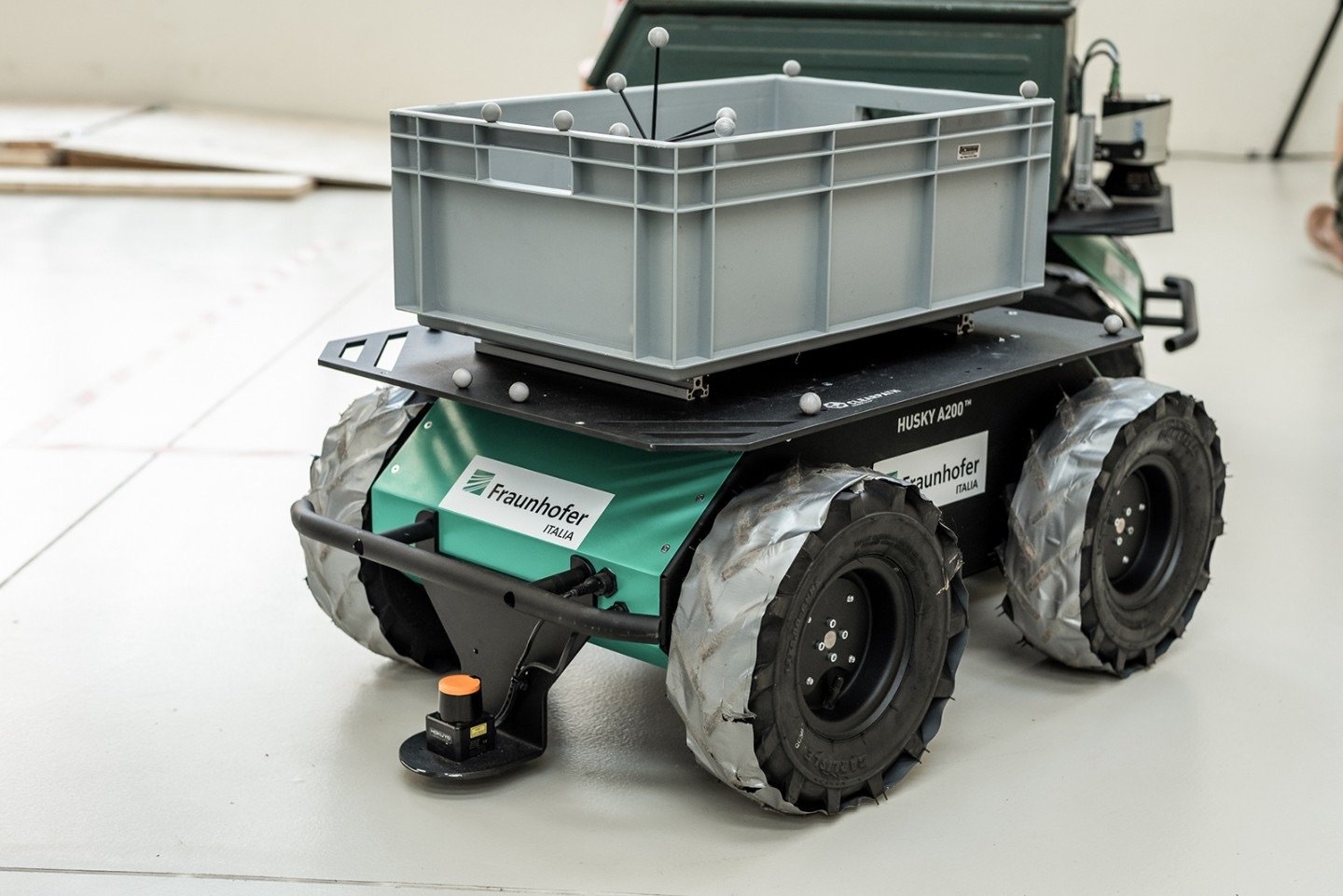 The Husky A200 Research Platform

The new robotic platform built by the Fraunhofer team is capable of obstacle avoidance using its many sensors and machine learning capabilities. To increase its efficiency in ever-changing construction sites, however, the Husky A200 also utilizes the Industry Foundation Classes (IFC) file format. Through this data, the robot is updated daily on the status of a given construction site, via digital object-oriented information that its sensors may not pick up from the environment.

“This way, the robot can be alerted to things like an open cable pit or elevator shaft on a given day at the construction site so that it can navigate around these pitfalls”, said Michael Terzer, member of the Automation and Mechatronics Engineering team at the Bolzano Center.

Designed for the Construction Industry

Built with an electronic control unit and laser and inclination sensors, the new research platform is designed for applications in rough terrain environments. At the moment, however, the Husky A200 is still undergoing field tests as a logistics sidekick in the construction site in Bolzano’s NOI Techpark facility. 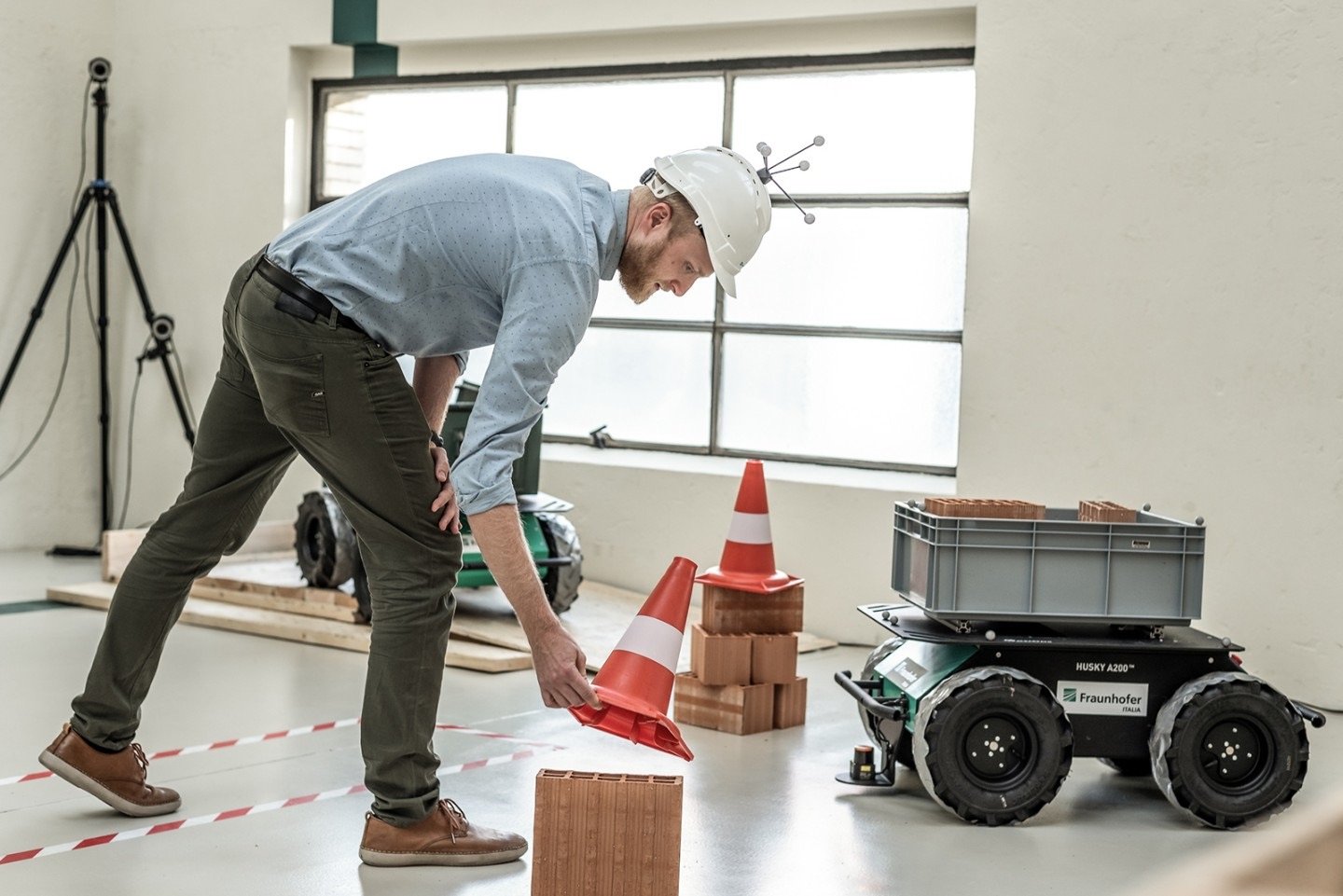 A mockup of the new platform in a construction site. Image used courtesy of LIVE-STYLE Eppan.

The robotic platform is already capable of following a user via a “follow-me” feature but can also operate autonomously using its digital map and BIM data.

“With the help of its digital map, the robot can independently move loads from A to B, for example. However, autonomous locomotion in unstructured environments is a complex matter, so this will require steps to develop it further,” Terzer explained.

With the creation of the Husky A200 Research Platform, the Fraunhofer Italia Innovation Engineering Center is trying to achieve two separate goals.

“On the one hand, we aim to establish and apply BIM in South Tyrol,” Terzer said. “On the other hand, we want to bring digital planning to the construction site and build a bridge between construction and robotics.” According to the engineer, this digitalization strategy could potentially revolutionize the construction industry.

While created with industrial construction applications in mind, however, the new robotic platform would also be useful in other fields such as farming, Terzer explained. The company has not mentioned any specific date for the official release of the Husky A200 Research Platform, but you can follow Control.com for further updates on this story.

What do you think about the new robotic platform from Fraunhofer Italia?