What features do the new encoders have, and what are some potential advantages of MULTI-DOF (Multiple Degrees of Freedom)?

HEIDENHAIN is a German company that designs and manufactures various products, including encoders, machine controls, touch probes, and digital readouts. The company was founded in 1889, over 125 years ago. HEIDENHAIN has since grown to employ over 7000 people globally and includes a range of various subsidiaries, including ACU-RITE, ETEL, AWO, and LTN.

Products produced by HEIDENHAIN are found in a wide range of different industries, including marine and chemical industries. HEIDENHAIN is a member of multiple institutions such as IEEE, SPIE, MCMA, SME, and SEMI. It is estimated that HEIDENHAIN has produced over 12 million encoders, 500,000 position displays, and 200,000 CNC controls.

HEIDENHAIN released three new encoders, including the LIP 6031, the GAP 1081, and the MHV 1/9x30. These encoders are MULTI-DOF, meaning they integrate multiple encoders situated at different axes to enable measurement in at least two different planes. 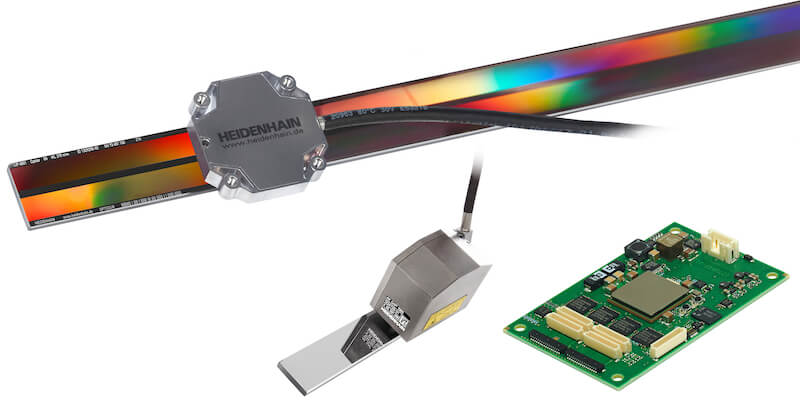 This kind of system also allows an encoding system to detect common errors, including deflections along a linear track. This can be essential data for a linear driven system such as a single axis of a CNC.

The LIP 6031 Dplus is a linear encoder that integrates two LIP 6000 encoders situated at 45° to each other. This arrangement allows engineers to identify the measurement along the track and the orthogonal direction. The LIP 6000 encoder integrates an ASIC processor that provides position stability of ±1nm and an interpolation error of ±3nm.

The GAP 1081 is HEIDENHAIN’s first gap encoder that utilizes this encoder technology with a mirror scaled and scanning head. The use of such a system allows the GAP 1081 to be used in out-of-plane measurement applications.

The MKV 1/9x30 is an electronic bus reader for connecting to various scanning encoder heads. It can read the position values of up to 4 1BPP scanning heads, enabling it to perform multi-dimensional encoding calculations. As a result, multiple readings can be sent to a controller using a single cable, reducing the complexity of the encoder setup.

Potential Advantages of MULTI-DOF Encoders and Their Applications

As discussed previously, MULTI-DOF (Multiple Degrees of Freedom) encoders integrate multiple encoders so they can encode multiple different directions and axis simultaneously. This is extremely important in fields that require high degrees of precision, where linear devices can deviate in another axis during their travel. 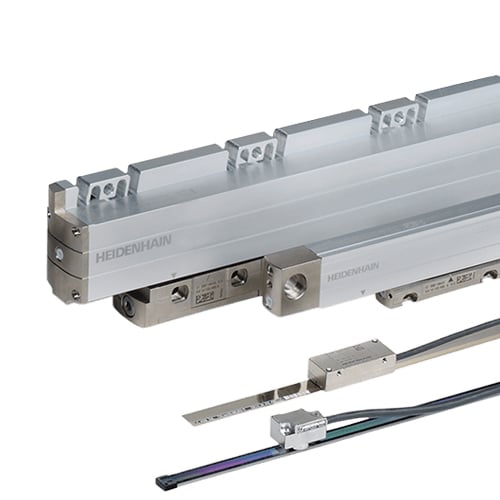 A good example of where such precision is required is semiconductor fabrication—imaging each layer where features are just a few nanometres across means that each layer must be carefully aligned. Such an imager features two-axis that move the projected image over the wafer, but any deviation in the construction of these axes will cause bowing in the motion.

A multiple axis encoder for a single axis can detect this kind of deviation, and therefore make adjustments in the tangential axis to remove this deviation.

Overall, the use of multiple axis encoders on a single axis is highly warranted in precision applications, and the new range of HEIDENHAIN encoders is designed just for this.