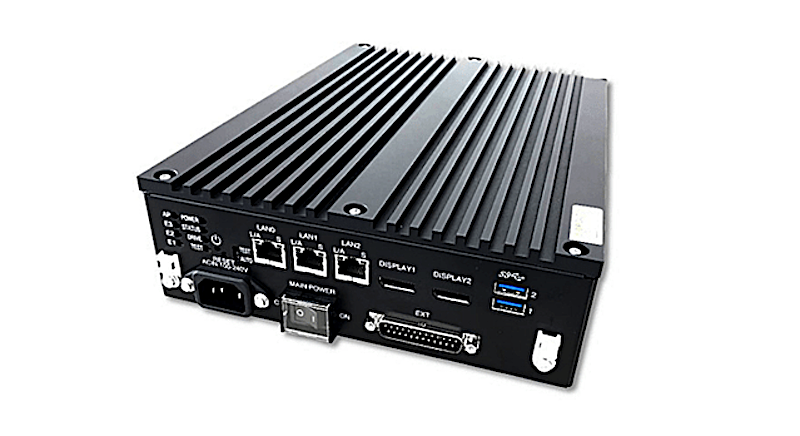 Hitachi and Intel Collaborate to Create the CE Series

The COVID pandemic has dramatically accelerated the need for automation, and developments in the AI industry demonstrate the competitive advantage an industrial process can gain by using AI. However, using cloud services for AI functionality is becoming increasingly inappropriate due to increased cybercriminal activities and the need for high-speed, low-latency responses.

As such, the new series of machines have been designed to tackle AI computation at the edge for use in industrial environments. Moving AI computation to the device reduces response times and improves security.

The collaboration between Hitachi and Intel saw each company use its expertise to create an AI system that can perform AI routines not possible on embedded designs.

Intel used their knowledge in AI processing (using their OpenVINO platform), while Hitachi applied their design capabilities for harsh environments. The resulting design is a fanless, rugged machine that applies to harsh industrial environments.

The CE series computing device does not integrate specific AI hardware. Instead, it takes advantage of a pre-installed framework OpenVINO, designed to work with Intel’s Atom CPU range.

The OpenVINO frames allow engineers to deploy and optimize deep learning models, which can be trained. Many pre-existing models exist for fast deployment, including classification, face recognition, human pose estimation, and colorization.

Currently, there is no datasheet available for the CE50-10A, meaning the exact environment in which the new system can operate is presently unknown. However, the fanless, rugged design suggests that the system will work in most industrial environments (short from high moisture and explosive environments).

Applications for the CE50-10A. Image used courtesy of Hitachi

It is most likely that the CE50-10A is designed for use in cabinets where other control systems are housed, including PLCs and servos. The CE50-10A would be connected to various cameras (either through a network connection or USB), as well as PLCs to allow it to control production processes.

The user can train the onboard AI image system to recognize acceptable versus unacceptable work and judge products. If a product is flagged, the data can then be forwarded to a control system for engineers to review. Using a network connection with PLCs involved in the production process can allow the CE50-10A to halt production until the flagged product is either passed or declined.

AOI is becoming an increasingly important feature for automation as it allows for a process to recognize if the production process is operating correctly. An AOI based on AI can be incredibly powerful as it can learn while it operates, improving its performance. The CE50-10A is suitable for applications such as production lines for electronics, CNC, and patterning.