What is the Edge? A Look Into Edge Computing Technology

What is the Edge? A Look Into Edge Computing Technology

This article will cover some basics about what the edge is and provide a few pros and cons to help bring this technology into focus.

Overlapping technologies may blur the lines and make defining edge computing difficult. People may use terms such as edge networks, cloud edge, fog, and even IoT interchangeably, and in some cases, this might be accurate.

What is the Edge?

A simple definition for the edge is where actions are happening. Edge computing would then be processing the data from the action as close to the source as possible. Traditional industrial processes might use sensors from a manufacturing process to send data to a centralized PLC.

The PLC processes the data and might even send instructions back to an actuator to adjust the process.

An article from Medium.com defined the edge well, stating, "The 'edge' refers to having computing infrastructure closer to the source of data. It is the distributed framework where data is processed as close to the originating data source possible."

A diagram showing the relationship between edge devices, gateways, and cloud networks. Image courtesy of IBM.

Connected technology left engineers with many options. As technology evolved, having so many options became a challenge, not necessarily to find a solution but to find the best one.

Pros and Cons of Edge Computing

Perhaps the biggest confusion around new technology such as edge devices is when and how to use them effectively. Edge devices bring intelligence closer to production, but once you gain intelligence, what's next?

Two drivers of edge technology are:

High-speed applications can create latency problems. Computing closer to the edge or directly on a machine reduces latency. Additionally, the device might operate independently, which could improve security by not having access to a larger network.

There is value in sharing information, so you may want some or all edge devices to have the ability to connect to a network. Connected devices increase accessibility, which can weaken security. Encrypting data is often built into many modern industrial connected devices. 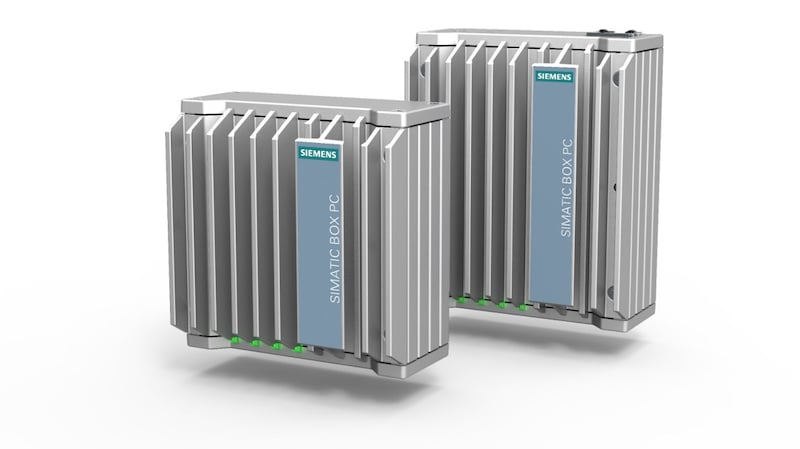 An example of standard edge devices. Image courtesy of Siemens.

Additionally, segmenting networks are possible to help improve security by limiting what is accessible on different networks. When building a network with connected devices, edge or otherwise, keep security and accessibility in mind.

For example, sending raw data over a network or to the Cloud is often not necessary. Instead, process raw data locally at the edge. It might not be important to send the temperature of a machine every second.

Processing temperature data locally and only sending updates when queued or alerts when thresholds are exceeded free up bandwidth while maintaining the benefits of using a connected device.

The best advice I've heard when it comes to where data should be processed was from Nick Fragale, founder of Rover Robotics, who said, "Run on the edge, train in the cloud."

This is a clear and simple understanding of where different technology works most effectively. Keeping in mind how each technology will scale and be integrated may determine the best results. 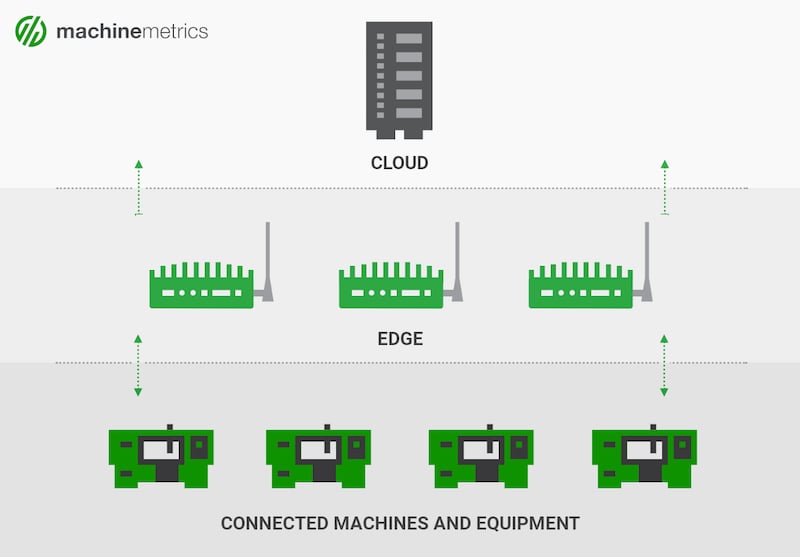 An example of how edge computing serves as the connection between the cloud and connected machines and equipment. Image courtesy of MachineMetrics.

Having flexible products with options is critical to getting technology integrated with minimal disruption to current production and security.

Edge computing moves intelligence closer to where the action is, but that doesn't mean technology should be so independent that it becomes isolated. Edge computing is just one member of an advanced technology team helping to expand your manufacturing capabilities.