The world of IIoT is advancing rapidly. With internet-enabled systems being integrated into all forms of industrial processes and automated systems, industrial automation company, Opto 22, provides the latest solutions.

Traditional industrial and automation processes have been reliant on local PLCs controlling their specific station with little central control capabilities. Even in processes where a central control does exist these are often simple in nature monitoring critical sensory data, production rates, and safety systems.

Who is Industrial Automation Company Opto 22?

Opto 22 is a company who primarily focuses on industrial technologies. The company was founded in 1974, where they first produced reliable solid-state relays.

Throughout the years, they have continued to produce products on open standards rather than on proprietary technologies. This means that Opto 22 products are not only easier to implement but also easier to build on.

Their latest device, the groov RIO, is an industrial I/O controller that directly provides a bridge between wired sensors and Ethernet networks without the need for PLCs or other controllers to handle the sensors. 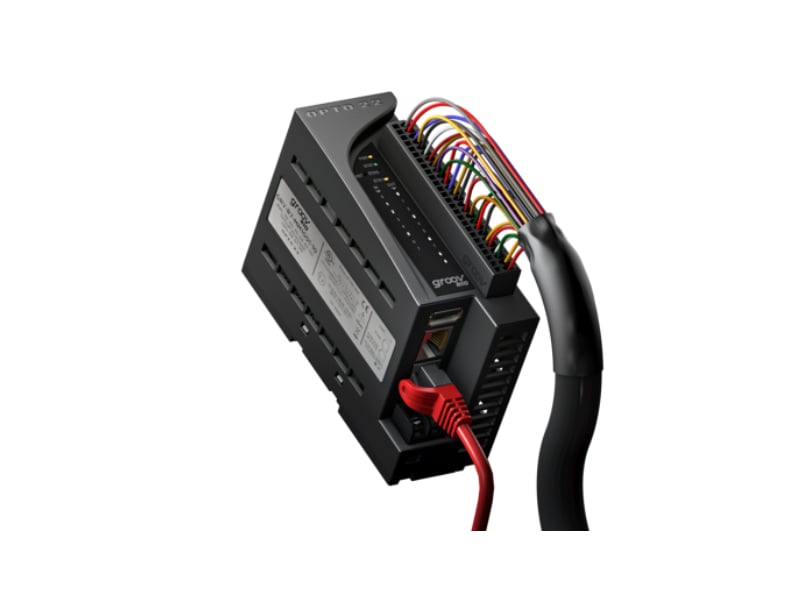 Once connected to a network the groov RIO can directly take readings from the various attached devices and use a form of MQTT to submit this data to a data broker found locally on the network or across the cloud. The use of a publish/subscribe model aims to improve security.

The inbuilt firewall removes the need for using unsecured ports and router adjustments that can otherwise leave devices dangerously exposed to external attacks.

Configuring the system is very different to traditional PLCs which would normally require a specialized programmer and software suite.

Instead, groov RIO uses browser-based tools that make them cross-platform and capable of working with desktop PCs, laptops, tablets, and smartphones. The groov RIO system is also compatible with all Modbus/TCP master as well as Opto 22’s groov EPIC platform.

The groov RIO is designed to work with the groov EPIC platform, a product family produced by Opto 22. What exactly is the EPIC platform?

Unlike traditional systems that gather data and transmit data down the network, an EPIC system does a bit more. The system gathers the data, performs analysis, labels, sorts, and then only transmits specific data packets to a remote location when a change is detected. 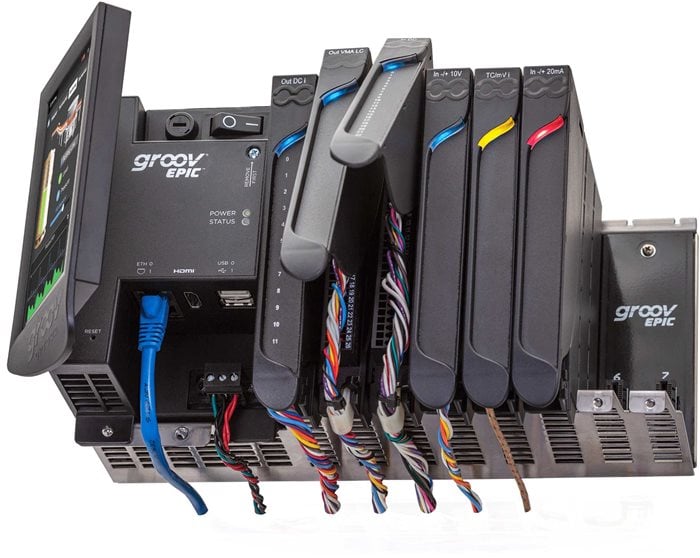 The EPIC system also guarantees the integrity of data as it is gathered and processed at the source, instead of going through different channels.

Like PLCs and PACs, the EPIC system can be programmed in traditional languages such as ladder diagrams, functional blocks, and structured text. Higher-level languages are also possible including C, C++, Java, and Python.

The removal of middle components in network systems can improve security.  The authenticity of data can be guaranteed, interfaces can be made simpler, and security can be improved with the use of publish/subscribe models.

The groov RIO system shows how a single device can perform multiple operations while providing scalability and adaptability to many wired sensors and controllers.

Do you use devices like the groov RIO system or the EPIC PLC platform?