Balluff recently expanded their line capacitive sensors to include block-style smart sensors with the IO-link interface.

Balluff is known for its rugged, dependable sensors for a variety of applications such as level sensors, machine vision, Industry 4.0, level detection, safety, miniaturization, IO link, detection of a potentially explosive atmosphere, and traceability.

One of their areas of specialization includes error-free fluid level detection, thus it comes as no surprise that a new addition to their product line would be in the area of capacitive sensors for level detection of highly conductive fluids.

The Balluff Q40 product line of block style capacitive sensors include SmartLevel 50 technology in order to compensate for the presence of deposit buildup, foam, and even adhesive media. These compact sensors have been designed to work with highly conductive media such as acids and bases and can detect fluid levels through the walls of non-metallic containers that are up to 10 mm thick. This makes it extremely well adapted to industries including food and beverage, packaging, general automation, and metalworking.

However, the addition of the IO-Link interface to this capacitive sensor is what sets this new release apart from equivalent similar fluid level sensing products in their portfolio.

communicates from the controller all the way down to the lowest automation level. In the context of sensors, IO-Link actually enables fully continuous diagnostics and automated configuration of the IO-Link devices through the controller itself. 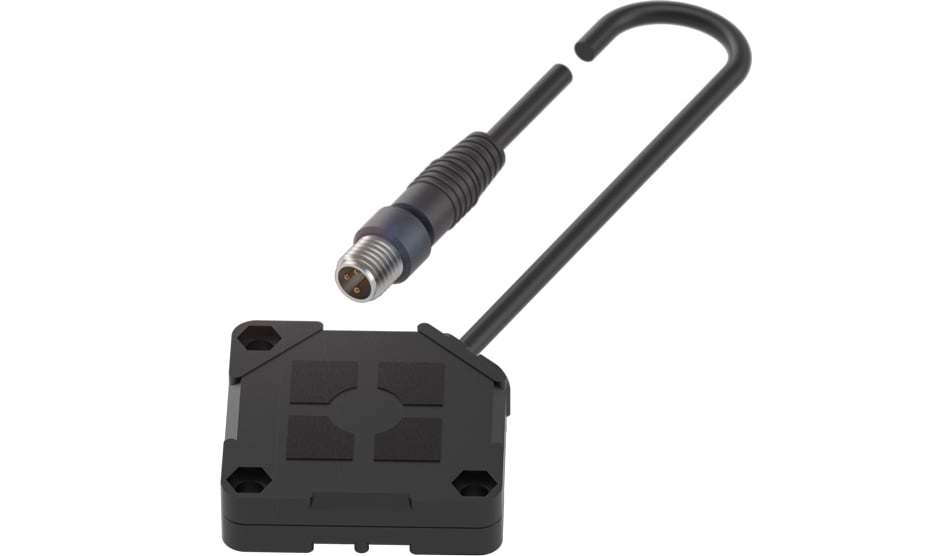 IO-Link allows the user to have more control over settings and application options for the Balluff block-style capacitive sensor. Image courtesy of Balluff.

The addition of the IO-Link Interface to the Balluff Q40 line significantly expands their capabilities, flexibility, and the level of user control through expanded setting and application options which include automatic parameter settings.

For example, a user can see the values of upper and lower hysteresis, and in turn, use that information to implement extremely precise yet easy adjustments to applicable settings through the IO-Link Interface that simply are not feasible with a potentiometer. Once the capacitive smart sensor is unplugged, it reverts to standard IO mode (SIO) from IO-Link mode.

More Processes Built Into One Controller

Also keep in mind that the use of IO-Link makes it possible for configuration, process monitoring, and error analysis to all take place in the controller, which in turn leads to more efficient machine process time.

Some highly conductive fluids do tend to foam or generate a buildup that can introduce errors in fluid level readings. Balluff’s existing line of Q40 block-style capacitive smart sensors was designed to obtain accurate readings even in such difficult environments, but the addition of IO-Link technology has expanded their capabilities by increasing both their flexibility and the ability to control certain key settings with great precision.