Fraunhofer IPMS, a research institution based in Dresden, this week introduced a new TNS (time-sensitive networking) solution that is optical and wireless.

Automated processes are complex and often require precise timing with minimum latency. In this article we will look at how Li-Fi could solve this problem and how it may be integrated into automated processes. 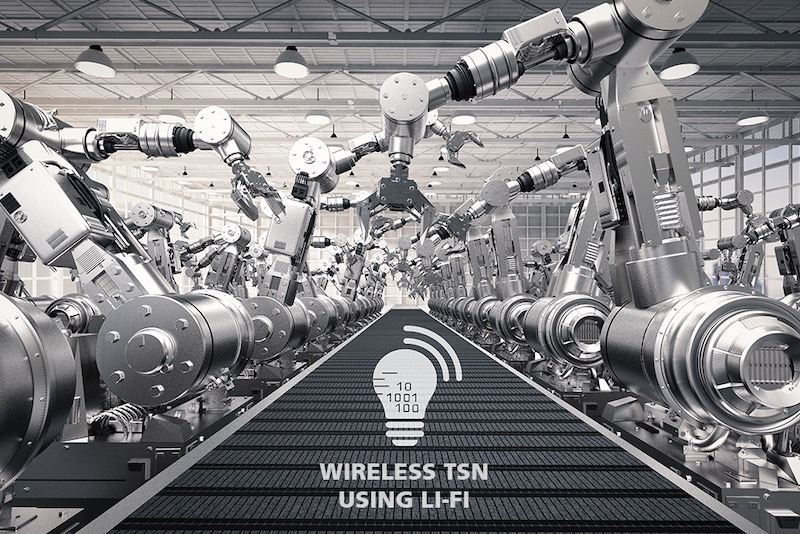 The Evolution of Communication Systems

Automation systems in the past have relied on mechanical methods to time processes, as well as to control different parts of a process.

For example, cams on a rotating shaft can be used to push pneumatic valves which in turn control larger machinery. However, as electronics have made their way into automated processes, designers have been able to do away with large mechanical switches and valves by replacing them with computers and motors. These methods are not capable of being more reliably timed but they can also be adjusted if needed by simply changing software as opposed to adjusting mechanical components.

Designers, however, realized that electronic-based automated systems could also be easily joined together to fully automate entire production lines with different machinery communicating with each other so they could all operate in sync. A new industrial revolution, Industry 4.0, is making industrial processes far more advanced involving solutions such as IIoT, AI, and automated robot storage systems. But all of these advancements are also bringing problems to designers—especially surrounding communication.

Radio offers wireless communication that could eliminate wires and offer simplified connectivity. Unfortunately, radio systems are often plagued with latency issues, especially if an industrial standard communication protocol such as LTE or Wi-Fi is used. These same bands also have issues with interference, making them too unreliable for many integral systems as they can be at the mercy of nearby radio stations (Wi-Fi, cellular, etc.).

So what wireless solution can offer ultra-low latency, high data throughput, and immunity to interference? The Fraunhofer Institute for Photonic Microsystems (or Fraunhofer IPMS) thinks they have one for consideration.

Light fidelity, or Li-Fi, is an optical wireless solution that may be the key to solving these latencies and synchronous issues. 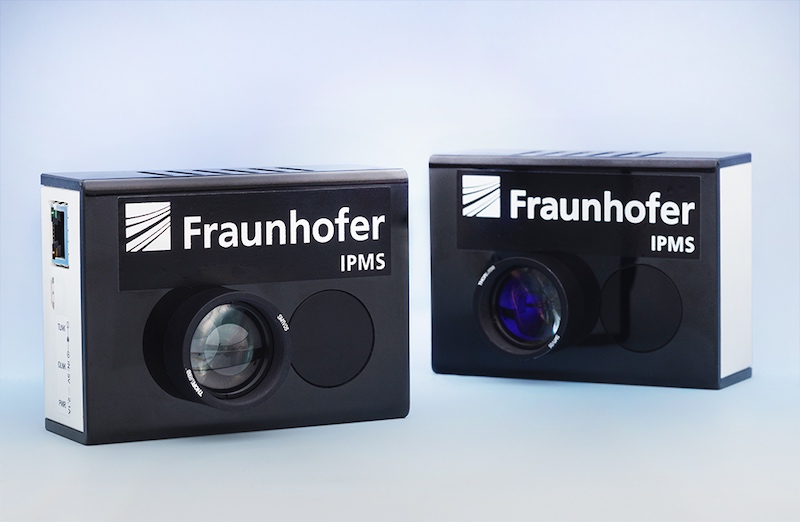 The first major benefit to Li-Fi over traditional radio waves is that light interference is very hard to achieve remotely as Li-Fi relies on line-of-sight. This means that a Li-Fi module in one room cannot interfere with another Li-Fi module in a different room (assuming that two modules cannot see each other).

The other advantage is that the lack of interference allows for low latency communication between two points as well as higher data throughput. Line-of-sight technology also improves security such that only devices in visible sight of the Li-Fi module can communicate with it.

One example of their products being developed for automated processes is the use of Li-Fi to control and co-ordinate automate guided vehicles. Such applications typically rely on WAN which can be unreliable as the number of radio sources increases and the increased number of Li-Fi hotspots ensures that all robots can maximize their bandwidth.

Li-Fi does have a number of disadvantages which must be considered. The first, and most obvious, is the need for line-of-sight. This means that any device that wishes to connect to a Li-Fi network needs to be able to physically see the Li-Fi source and both need to be able to read the light from each other.

Secondly, due to the need for line-of-sight, a large Li-Fi network requires many evenly-spaced Li-Fi modules for continuous connectivity whereas a single traditional Wi-Fi router can be mounted in a remote location and service many hundreds of clients with ease. Li-Fi also suffers from range as visible light does not typically travel as well as radio waves (radio waves can bounce and reflect potentially making them easier to receive).

Li-Fi is still in its infancy and yet to be fully realized in modern processes. However, it offers some real advantages to automated processes. The low latency and potentially high speeds can allow mobile devices to operate flawlessly with other automated processes, but designers must keep in mind that Li-Fi does have its disadvantages and implementing Li-Fi could be an expensive upgrade with the need for multiple stations.