Pickle is an MIT startup that recently took a different approach to the common warehouse bottleneck. Loading and unloading trucks is known as one of e-commerce’s largest problems for pack and ship operations. Pickle has created a new idea that tremendously helps unload speeds compared to more traditional approaches.

With only 15 people and limited funding, Pickle has managed to do something previously unheard of. It was made possible by keeping warehouse workers in the loop. Instead of trying to solve all of the problems that accompany hard automation, Pickle left the warehouse worker in the equation. This seemingly small shift in thinking led to a major increase in productivity in warehouse operations.

After six months of careful observation from the engineers at Pickle, one fact became clear: As soon as robots were left to unload or load the trucks by themselves, operation quickly grinded to a standstill. This simple observation helped them to develop the new Dill robot. 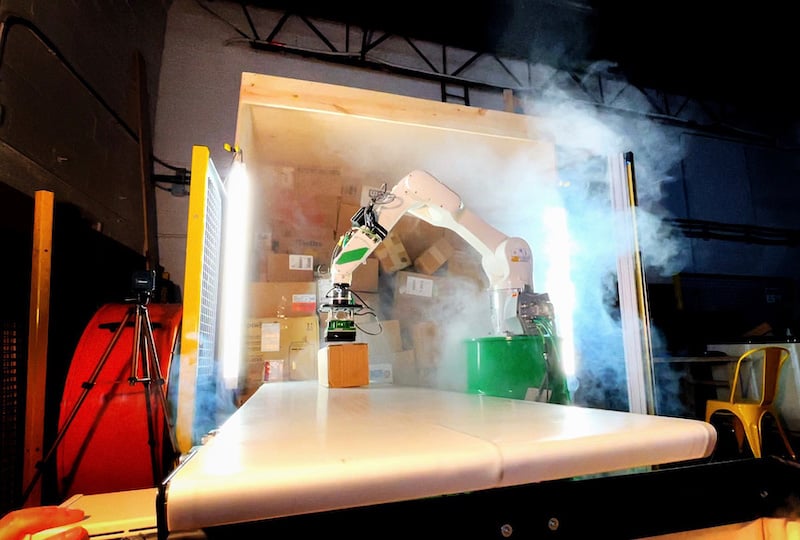 The main idea behind their new robotic system is to use robots as a tool to help workers instead of completely replacing the workers with robots. With the premise that the robot would act as a team of sled dogs, and workers be used to guide them through the process, the MIT startup got to work.

The Dill robot is capable of pick and place speeds of up to 1600 boxes per hour—significantly more than other robots currently on the market. CEO Andrew Meyer attributes this to Pickle’s focus on getting out of the lab and putting robots to work in real warehouses, as well as focus on one issue instead of solving every problem.

The new Pickle robot looks to solve one of the major bottlenecks in modern warehouse operation. With such high demand in the e-commerce market, it takes a system of hard work and critical thinking to get the packages where they need to go on time.

The Dill robot is easily integrated into almost any warehouse. Without the need for major infrastructure rebuilds, the initial cost of the robot makes it more affordable for customers who were previously priced out of the robotics market.

The new robot helps to solve two major problems: truck unloading speed and work-related injuries. Although workers still need to assist the robot when it inevitably comes to a problem it can't solve, most of the heavy lifting is completed by the robot.  With a majority of box lifting and moving completed by the Dill robot, work-related injuries can greatly be reduced.