Opto 22 recently announced the launch of two new I/O modules for their groov EPIC Controller. The new controller combines capabilities from a programmable logic controller (PLC), a PC, and a smartphone.

An industrial system is a collective term to describe a set of controls and their associated devices, machinery, and instrumentation. Any industrial, manufacturing process, or power system will require a certain level of control. An industrial controller is used locally to collect sensor data, open and close breakers, monitor the unit's health, and/or whatever else is necessary for the system.

The groov EPIC (Edge Programmable Industrial Controller) is an industrial controller developed and released by Opto 22. This controller implements a touch screen display and custom programmable modules to create an effective controller for various scenarios. 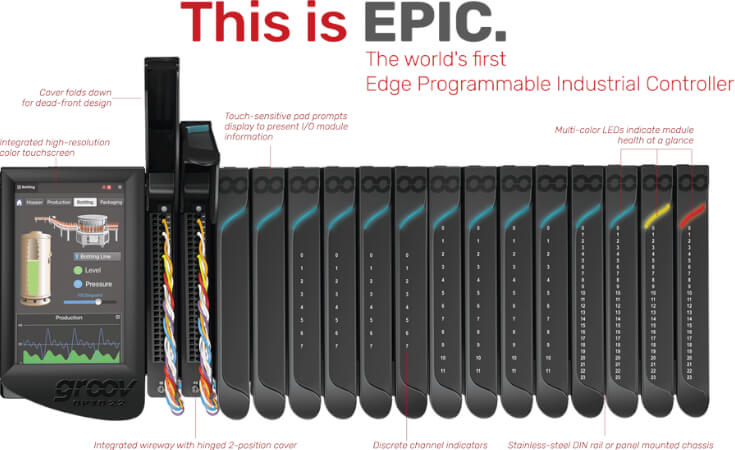 The controller securely shares data among databases, collecting, processing, and exchanging data directly from the local system without latency. The controller is programmable and can run off of C, C++, Java, Python, and other IEC 61131-3 compliant languages. It comes standard with a chassis, solid-state drive, and industrial touch screen color touchscreen display.

The groov I/O modules are the customizable building blocks of the groov EPIC controller system. Opto 22 has a variety of preexisting modules that can be directly wired to an industrial controller to translate the electrical signals into the digital language displayed on the controller display screen, computer network, or cloud device.

Common to both modules is a touch-sensitive pad that triggers the display of the module's user interface on the control screen of the groov EPIC controller, channel-specific LEDs that facilitate simplified troubleshooting, and approval for use in UL (Underwriters' Laboratories) hazardous locations. 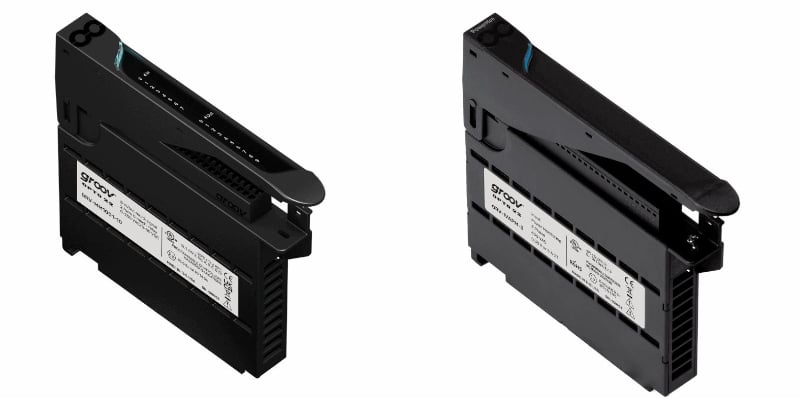 The GRV-IVAPM-3 monitors and measures the power usage of an industrial system. The module can measure and capture 18 three-phase power-related measurements such as AC voltage, current, energy usage, and overall power in real-time. After collecting power data, the module can calculate true, apparent, and real power, net energy, and power factor for each phase individually or as a combination of all three phases.

The measured and calculated data are saved to a memory bank every 30 seconds to survive power malfunctions.

The GRV-MM1001-10 is a customizable multifunction module with ten channels. The module can be configured using a programmable automation controller (PAC), CODESYS, groov Manage, or a custom industrial control program. Common programmable functions include counting, latching, and clamping.

In combination with other modules, the GRV-IVAPM-3 and GRV-MM1001-10 can be directly wired into the groov EPIC controller to measure, manage, and collect data from a wide variety of industrial systems.

Opto 22 is hopeful that the new power and universal I/O modules and updated features to the groov EPIC will help engineers monitor and control their industrial systems.