The company’s adept engineering experience enables it to cater to customers in a wide range of markets including industrial and aerospace. Recently, the company extended its range of Parker Server Drives (PSDs) to include a model that fully programmable and is able to accommodate a broader range of applications.

Parker’s Servo Drive family combines high-performance technology with beneficial features for machine builders and original equipment manufacturers (OEMs). Users of Parker’s family of drives can expect simplicity in design with the incorporation of HIPERFACE DSL feedback where only one cable connects the drive and motor. 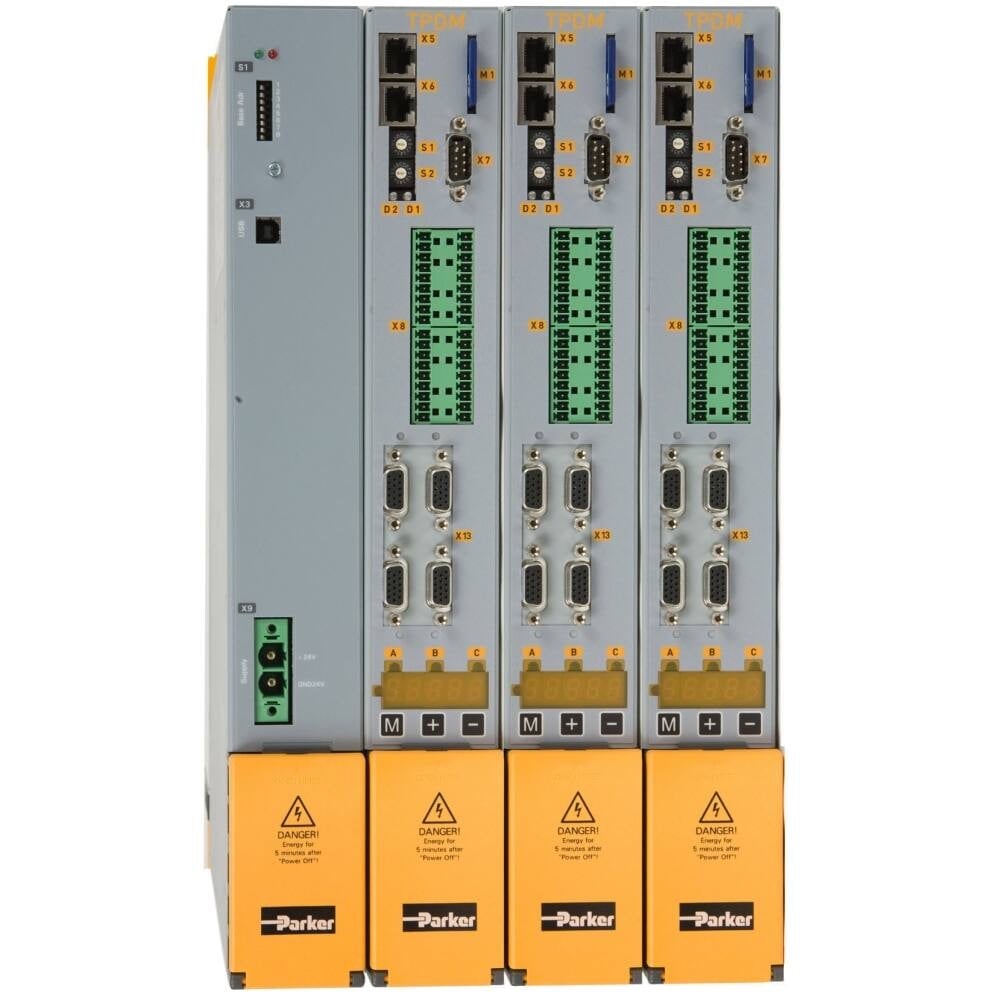 Faster drive exchange and software updates are also possible with the use of a removable SD card. PSDs can be utilized as a stand-alone drive or multi-axis servo system. The multi-axis systems are ultra-compact and incorporate three servo power stages in a single housing (50 mm width).

From Parker’s electromechanical division comes a new edition to its PSD family of products. The new PSD drive is stand-alone, fully programmable through IEC (International electrotechnical commission) 61131-3 with runtime based on the widely distributed CODESYS V3. The IEC is an organization recognized as a global leader in preparing and publishing international standards for electrotechnology.

The IEC 61131-3 is the third section of the open international standard IEC 61131. This IEC 61161-3 defines a particular set of programming language syntax and semantics for programmable controllers. The new PSD supports two textual languages, Structured Text (ST) and Instruction List (IL), and two graphical languages, Function Block Diagram (FBD) and Ladder Diagram (LD). The CODESYS V3 is based on the CODESYS Automation platform, which serves as an automation framework device that manufacturers can extend by their own plug-in modules.

The new PSD is supported by a full set of programmable logic controller open (PLCopen) function blocks to control positioning tasks quickly. The blocks serve to increase the speed and effective set-up of motion functions. Both standardized state machines, Profidrive and CANopen DS402 are used to establish an easy connection to higher-level PLCs and drives.

The intelligent new controller is able to control three servo axes in a single IEC project, while 12 digital inputs and six digital outputs are available. Up to four tasks can be used if required, including one which is faster with a 500 µs cycle time. This step forward in Parker’s servo drive technology will ensure greater widespread use by manufacturers from a range of different industries including healthcare, aerospace, and more.