Robotiq, Pickit, and Festo Partner on Picking and Packaging to Reach Industrial Innovation

Robotiq, Pickit, and Festo Partner on Picking and Packaging to Reach Industrial Innovation

Robotiq has partnered with Pickit and Festo to develop and produce cobots to serve various industries and applications.

Robotiq has previously partnered with Pickit and developed cobots that use machine vision to determine which items need to be picked and palletized.

In the partnership, Robotiq designs the gripping products, such as robotic “hands” and vacuum-controlled suction cups, while Pickit develops the machine vision camera systems to direct the action.

Festo will develop the proportional control valves and controllers for manipulating the flow of air or vacuum to the gripper. By leveraging each company’s engineering strengths, the partnership aims to reach new industrial applications and develop a broad spectrum of solutions.

Robotiq has been producing automation products since 2008. They focus on robotic hands for gripping during picking, packaging, and inspection tasks. Robotiq’s philosophy is that allowing robots to do repetitive tasks will free up the hands and the brain to work on more complex projects.

The human hand has adapted to grasp, mount, feel, and assemble parts in an industrial age. The human brain must control all of these delicate tasks.

By doing so, their automation products perform each task more efficiently than a human hand, freeing up the workers’ hands and brains for more complicated tasks.  Robotiq develops and produces cobots for use in picking, sorting, packaging, and inspection tasks. 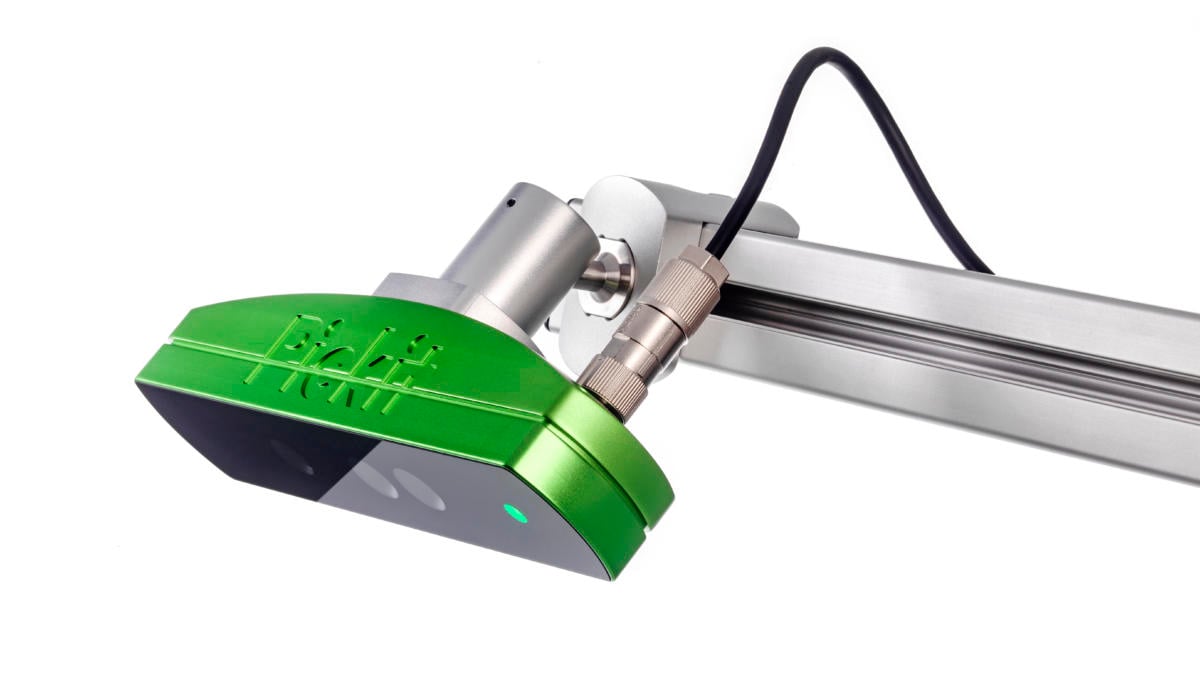 The 3D camera from Pickit. Image courtesy of Pickit.

Their camera systems have already been used to detect and pack small, thin, sheet metal parts, sort and orient parts for shipping, and so on.

Pickit’s popularity is due to its short installation time and ease of use, with some reviewers unpackaging the camera system and having full machine vision in under two hours. The installation requires no coding. The camera system learns the parts and how to handle each piece, including part selection and sorting.

What Does Festo Bring to This Partnership?

Festo has been manufacturing valves, servos, controllers, and actuators used in industrial and robotic settings for three generations. They have over 30,000 components suitable for vacuum, pneumatic and electrical systems.

One of Festo’s specialties is proportional valves, which allow tight control of robot movement and object manipulation. These proportional valves vary the amount of fluid flow, based on a feedback loop from sensors or machine vision. Festo’s motion control software and actuators will be able to dovetail into Pickit’s high-resolution 3D camera software. 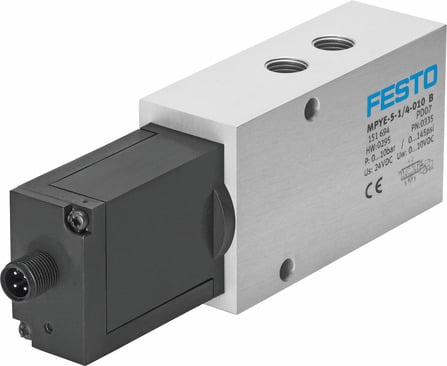 Combine these with a specially designed set of robotic hands tailored for the chore, and customers will have an automation system that requires minimal setup and hassle.

With each company focusing on its engineering specializations, they will develop simple to install, yet custom solutions for many picking, sorting, palletizing, and inspection tasks, saving time and effort. The cobots will increase the orders' accuracy and reduce repetitive motion strain on employees and free up their hands and their minds for more critical problem-solving.