SICK’s LiDAR for AMRs Aims to Keep Safety a Priority

SICK’s LiDAR for AMRs Aims to Keep Safety a Priority

The LiDAR solution by SICK is SIL-certified for AMR safety purposes.

SICK released the scanGrid2, a light detection and ranging (LiDAR) for autonomous mobile robot (AMR) applications. LiDAR plays an important role in detecting the positions of other objects for navigating the AMR safely around the facility. Data from the LiDAR must be collected quickly and accurately, and then processed for sending commands to the motion control motors on the AMR. 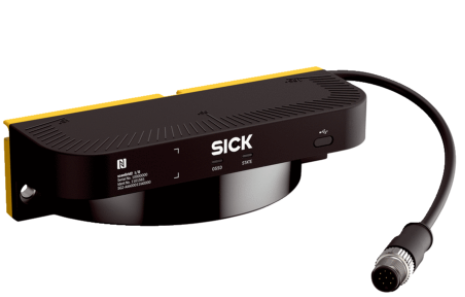 The scanGrid2 is designed to be used in line-guided automated guided carts (AGC). Modern warehouses use AGCs to carry goods and materials or packages without a driver. AGCs navigate through a warehouse or industrial facility by following along the magnetic tape placed along the floor. The magnetic tape can be removed and replaced to change the AGC’s path.

All LiDAR systems must first be able to detect an obstacle in its path. The two important parameters are the detection distance and resolution.

A larger detection distance allows the AGC to travel faster. This is similar to driving at night—the farther ahead the headlights shine, the faster the driver can travel without “overdriving” their headlights. 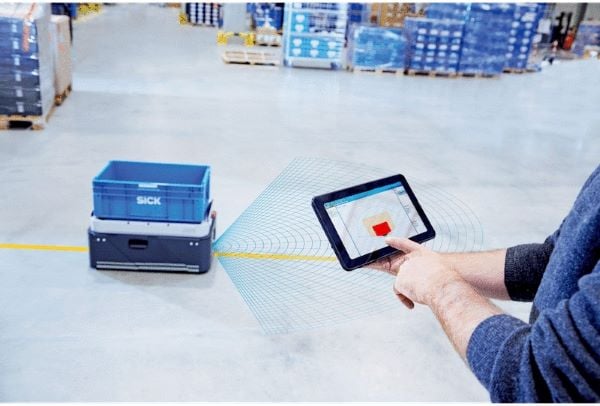 The resolution determines the smallest object that the LiDAR can detect. Ideally, a LiDAR system would be able to detect a small object a long way away, meaning even tiny threats to safety could be detected at a distance, and the AGC could travel faster yet still maintain a safe environment for workers.

The scanGrid2 can scan up to 4 m away, sweeping through an angle of up to 150 degrees. For rapidly-moving devices, such as worker’s legs, the scanGrid2 can detect the leg up to 1.1 m away. To accomplish this level of performance, multiple LiDAR beams scan and look for obstacles. In terms of resolution, the scanGrid2 has an angular resolution of 6 degrees, with a response time of 63 ms, meaning small objects can be detected quickly. 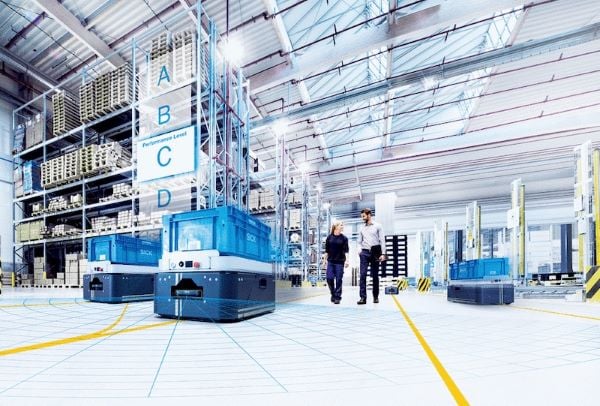 SICK scanGrid2 is rated to be safe around workers. Image used courtesy of SICK

Another way to think of safety for any electromechanical device is to rate them by the safety integrity level (SIL). SIL defines the likelihood of a failure that could lead to an injury. The scanGrid2 passed SIL Level I, which means the likelihood of failure is between 3x10-6 to 10-5 per hour of operation. This means the scanGrid2 is exceptionally safe.

Besides safety standards, the enclosure is rated IP65 (dustproof), which is helpful for a dusty warehouse environment. It also meets several mechanical shock and vibration standards and has an expected lifetime of 20 years (ISO 13849-1).

The sensors are physically small (160mm width x 43 mm height x 56 mm long) and weigh 170 g. They can be placed on various AGCs thanks to their compact size and many available mounting options. They run on 24 V, which is common on AGCs, but only consume 3 W of power.

The SICK scanGrid2 makes AGCs able to move faster and safer along the magnetic tape tracks. Thanks to these LiDAR sensors, an AGC is less likely to collide with a walker who accidentally walks in front of the device.