Learn about safety in LiDAR sensors from different perspectives and some safety-rated applications.

Light Detection and Ranging (LiDAR) is not a new technology. Although there have been numerous improvements, the principle of LiDAR remains the same since it was first conceived in the 1960s.

Since the technology involves a pulsed light beam, variables such as angle, pulse duration, and wavelength can affect performance. There are also important factors to determine safety ratings. Organizations such as the American National Standard Institute (ANSI) and the International Electrotechnical Commission (IEC) have issued norms and standards to regulate safety when using LiDAR sensors.

The IEC 60825-1 standard specifies a system to classify laser products based on factors such as emission, laser beam wavelength, potential damage to humans, among others. The different laser classes are:

Class 1: Eye-safe in all conditions–eye-safe is a term used for applications in the spectrum of wavelengths between 180nm and 1mm. Class 1 lasers have a transmit power of 0.39 MW or less.

Fig. 1. An example of a warning label applied to a Laser product. Image used courtesy of The International Society for Optics and Photonics (SPIE)

LiDAR products are subject to this classification. With the increased use of autonomous vehicles and smartphones, LiDAR’s presence among humans in their everyday lives is growing. This has brought concerns to some experts within these industries.

LiDAR sensor manufacturers want to mitigate potential risks and therefore aim to create products that are rated Class 1 or 1M. The majority of them lean towards offering Class 1-only devices.

Most modern LiDAR systems scan at either 905 nm or 1550 nm. The latter was introduced in the market more recently. There is some debate surrounding what wavelength is best to use, considering the tradeoffs of each.

The 905 nm wavelength was the first to be adopted for in-vehicle navigation.

The 905 nm wavelength must be limited in power to stay eye-safe and retain the Class 1 rating. This results in a maximum range of 100 meters or less for LiDAR used in vehicles. This is generally considered sufficient in urban settings and at low speeds, but it has not proved invulnerable on highways.

On the other hand, while the 1550 nm provides a longer reading range, it does not work as well under some environmental conditions, such as rain or fog.

A bigger wavelength requires more transmit power, increasing the operating costs. The current technology has been cited as one of the reasons why Tesla has not adopted LiDAR at all. Instead, Tesla has opted to use camera navigation only.

Despite this, most autonomous vehicle makers continue to use LiDAR, working very closely with the LiDAR device manufacturers to continue improving the underlying hardware. The trend indicates an increased focus on improving the scanning range while using the 905 nm wavelength, which can be safer and more cost-effective.

One type of LiDAR sensor that is not often discussed but is increasingly used in industrial automation is the safety sensor. Scanners that are used for navigation and positioning are not safety sensors. For LiDAR to achieve the safety rating, it must first comply with the requirements discussed before.

It must be reliable and safe for human use. It must also comply with other requirements and achieve a higher Safety Integrity Level (SIL) classification.

IEC 61496 is a standard that specifies the criteria used in electro-sensitive protective equipment (ESPE) construction and testing. Based on a risk assessment of the machinery, work cell, or process in an industry, a corresponding ESPE level is determined. This goes hand in hand with a required SIL as well.

One of the largest manufacturers of LiDAR scanners is SICK AG. In their portfolio, SICK includes a wide variety of safety sensors. One of them is the S300 and S300 series. Another well-known company that makes these products is the company Keyence, with the SZ models. 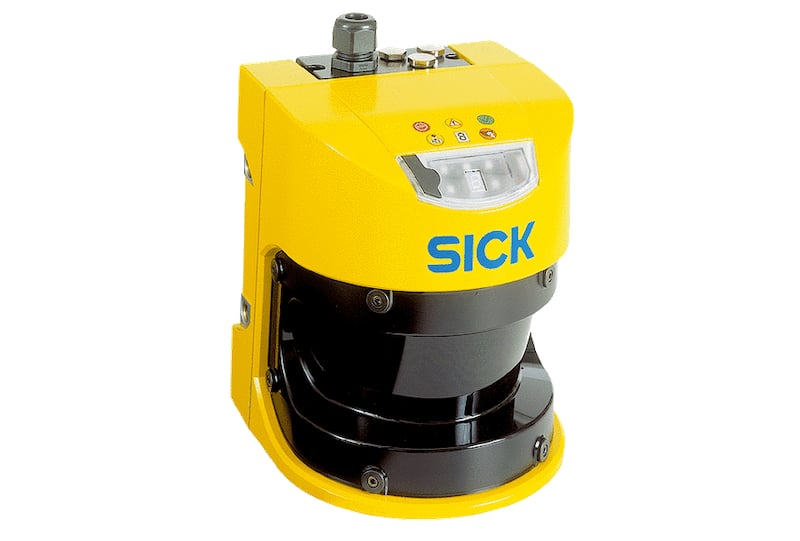 The working principle is very similar among different brands, where all of the fundamentals of LiDAR at play. This is combined with additional point cloud processing and evaluations.

When enough points from the cloud are detected within one or both of these fields, an obstruction is identified. The sensor then sends a signal to the main controller or a safety PLC to take the appropriate actions (slow down, stop, de-energize, etc.). Many known redundancies applied to other safety devices, such as emergency pushbuttons, are applied to the LiDAR safety sensor design. 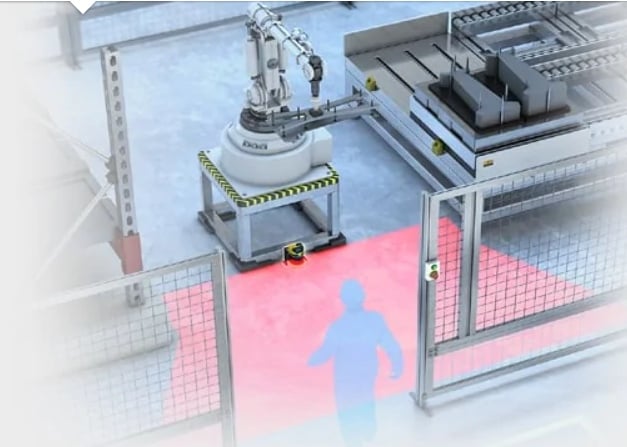 There are many applications for safety sensors in industrial automation including preventing access to hazardous areas, collision avoidance, and AMR/LGV dynamic safety field detection to name a few. While LiDAR is a very common application for industrial processes, there are many safety considerations when using it.