On February 18th, 2021 a successful landing of the Mars Rover Perseverance was announced at mission control in NASA’s Jet Propulsion Laboratory in Southern California. The rover launched on July 30th from Cape Canaveral Space Force Station in Florida.

Making a journey of over 293 million miles in just 203 days, take off to touch down.

The rover hopes to create an avenue for answering vital questions about the martian environment. One of the main objectives in sending Perseverance to the red planet is to determine the possibility of past life on Mars. The Rover will be able to collect samples and look for evidence left from the presence of water by analyzing the samples. 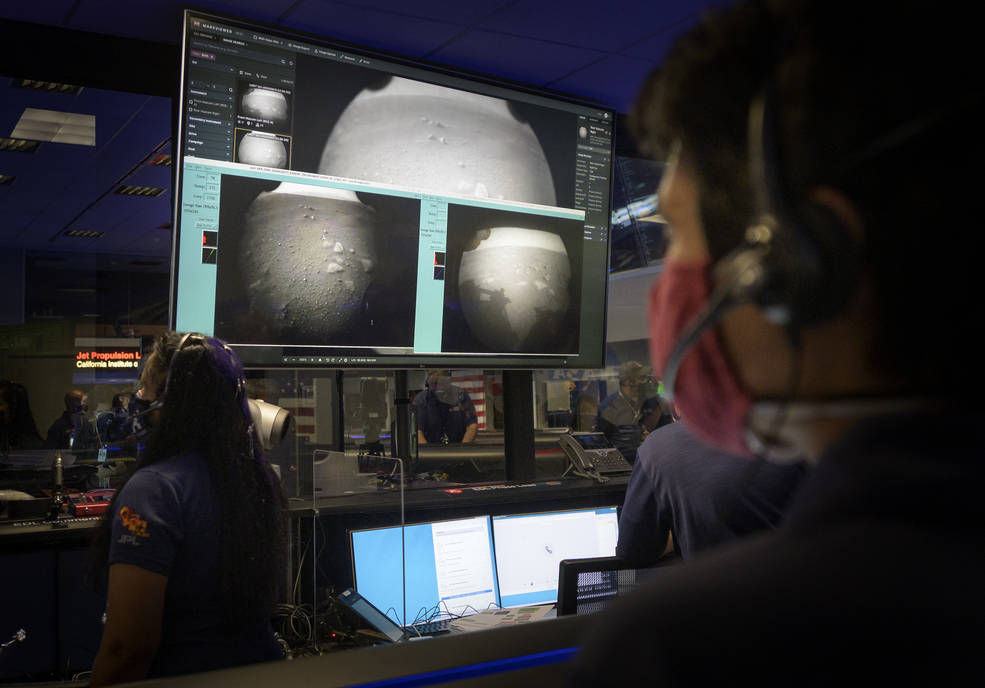 The plan is to use Perseverance to explore Mars’ Jezero Crater, which includes an ancient river delta and lakebed. Scientists theorize it had water some 3.5 billion years ago. NASA hopes to use the new technology to determine the climate and environment from a martian past. One of the main tasks for perseverance is astrobiology, to search for the presence of ancient microbial life.

Teledyne Technologies is a leading provider in sophisticated instrumentation, aerospace technology, engineered systems, and defense electronics. They have helped with NASA’s Mars Perseverance rover by contributing some advanced instrumentation sensors and optical sensors.

The sensors are capable of creating power and analyzing and sensing the chemical makeup of the martian environment. 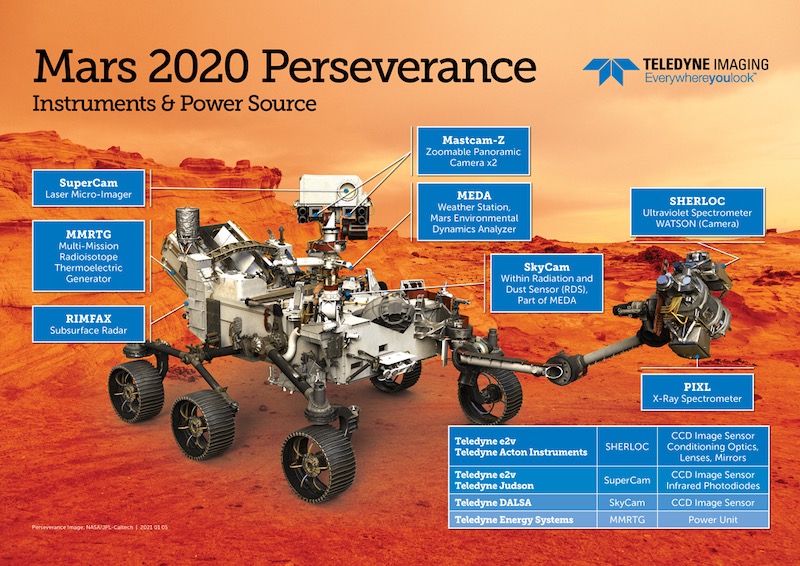 A graphic providing information about Teledyne’s various technologies on the Mars Rover. Image courtesy of Teledyne.

Teledyne will help NASA to determine the presence of past life with the addition of their CCD image sensors that help drive SuperCam onboard the rover. CCD image sensors will also be used in the Scanning Habitual Environments with Raman & Luminescence for Organics and Chemicals or (SHERLOC).

These devices will be used to determine the presence of past life by looking at compounds and minerals to see if they have been altered by the presence of water.  They are also capable of looking at the possibility of creating oxygen from the Martian atmosphere.

Teledyne was influential in several other key components that will make the Perseverance Mars Rover a success. They produced key optical components for the SHERLOC UV spectrometer and the infrared diodes used in the SuperCam device. In addition to providing technology and components for key sensors, all of the electricity used to power Perseverance is provided by a generation system developed and built by Teledyne.

"We are proud to contribute to the discovery that will take place as a result of the Mars 2020 mission and pave the way for humans to one day visit Mars," said Dr. Robert Mehrabian, Executive Chairman of Teledyne.

The Future of Mars

The Mars Rover Perseverance is an exciting new lead for future missions to Mars. With the information learned from its mission, NASA hopes to send manned expeditions. The rover will look into the possibility of water and life on the red planet with the help of Teledyne’s optical sensor components and power generation systems.

Teledyne is not new to Mars expeditions and helped with the 2012 Mars mission Curiosity. Some of their previous contributions were the MMRTG (also onboard Perseverance), switches and RF modules, relays, and the image sensors in the hazard avoidance cameras.

With the help of Teledyne and other companies, NASA hopes to complete another successful Mars mission.