The Technology Used to Find the ‘Endurance’ Shipwreck

The Technology Used to Find the ‘Endurance’ Shipwreck

Autonomous underwater vehicles were used to find Shackleton’s ship, the Endurance, which sank on an exploration mission over a century ago into the freezing depths of the Weddell Sea in Antarctica.

The Fate of the Endurance

In November of 1915, Captain Ernest Shackleton’s ship, the Endurance, gave out a death groan as its wooden hull was compromised by the relentless crushing force of the ice. He and his crew escaped to the nearby ice floes, but his ship sank to the bottom of the Weddell Sea. This remarkable story of Shackleton and his crew’s survival on the ice floes and eventual rescue has been documented in the book “Endurance” by Alfred Lansing. Very dramatic footage shows the final moments of the Endurance as the ice swallows it whole. 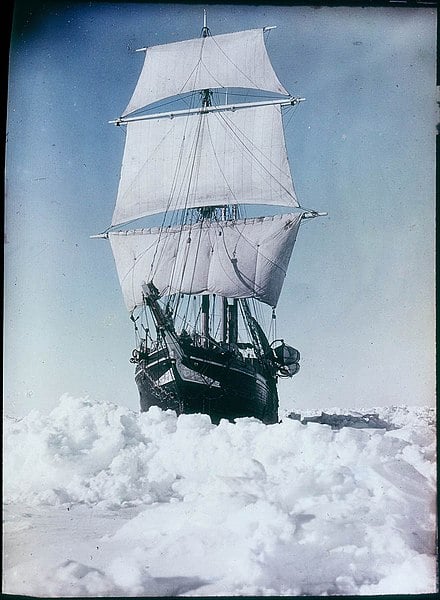 The last days of the Endurance, using steam and sail to try and break free of the ice. Image used courtesy of the State Library of New South Wales

Flash forward nearly 107 years. The Endurance22 Expedition, led by underwater archeologist Mensun Bound, located the ship standing upright under 10,000 feet of water using an Autonomous Underwater Vehicle (AUV). How is this even possible?

The approximate location of the ship was recorded originally in the Weddell Sea, south and to the east of the tip of the South American continent. Still, there was still a large area that needed to be investigated. It had been speculated that the ship was near where it had originally sank, because the sea currents in this region were light, the sea floor relatively flat, and the water very cold. This meant the ship was left largely undamaged by underwater forces, and the cold water meant the wood was not under biological attack. 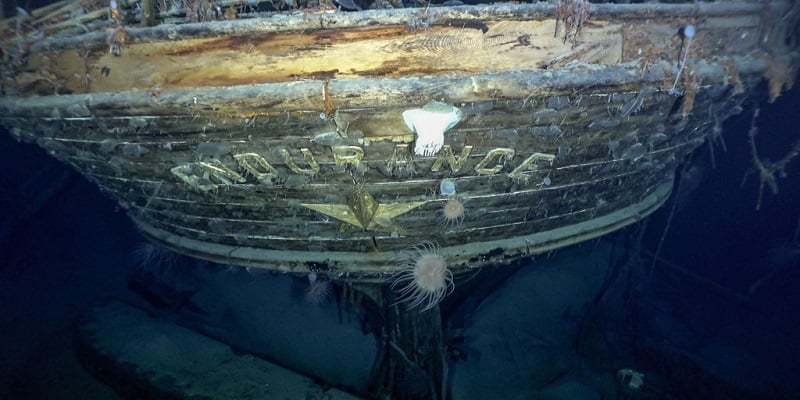 The AUV that Endured

Previous attempts to locate the ship had failed. The location is extremely remote, very deep, and the surface is often covered with ice. One cannot simply lower a waterproof camera 10,000 feet into the freezing ocean. Instead, a custom AUV was developed for such a mission.

Saab, who used to make automobiles but shifted focus in 2016, developed the AUVs for the job. They sold one Sabertooth AUV and rented another to the Endurance22 Expedition. Onboard and accompanying the mission were two systems engineers from Saab.

The Sabertooth AUV was designed to support the offshore petroleum industry by evaluating deepsea conditions during drilling and mooring operations. They were built to withstand the cold waters at depth, and were equipped with cameras, lighting, and data acquisition systems that can be used up to 80 km away from the original launch site. This feature was extremely important for locating a ship of unknown exact coordinates that may be sunk under 10,000 feet of water and 20 feet of ice, making it impossible to get the surface ship very to the wreck.

Each Sabertooth AUV is equipped with onboard batteries capable of producing 30 kWh of energy. This keeps all of the onboard sensors running, even in the coldest conditions. Furthermore, the Sabertooth is an autonomous vehicle, navigating safely between pre-programmed locations. It uses a combination of Doppler radar velocity and inertial sensors to keep its position known. It also uses data from onboard sonar for navigation.

One of the important features of the Sabertooth line is its ability to be operated manually via a fiber optic cable, or via software in an autonomous mode. The AUV communicates with the surface ship via acoustic link under these circumstances. The software has an emergency routine to return it to the ship should the communication link be lost. Furthermore, the AUV can be programmed with custom or third-party software for various inspection and navigation purposes. 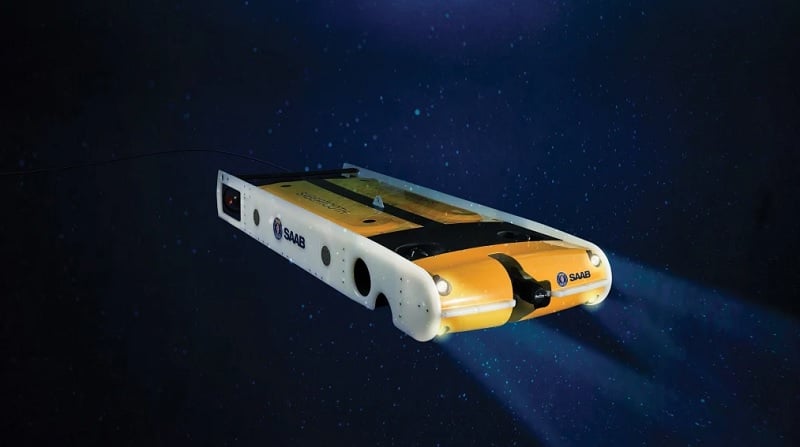 While Shackleton’s ship was found using the Sabertooth AUV, there are many other applications for these drones. They will see continued use in archaeological and scientific missions, as well as petroleum and natural gas inspection. With the ability to upload third-party software, they may see use in ship and infrastructure inspection and repair, underwater mining, national security, and dozens of other such applications.