A decline in bees and other pollinators is having a major impact on food production worldwide. Still, an innovative robotic pollinator dubbed the StickBug, is forging the way ahead with an alternative to traditional agricultural pollination. 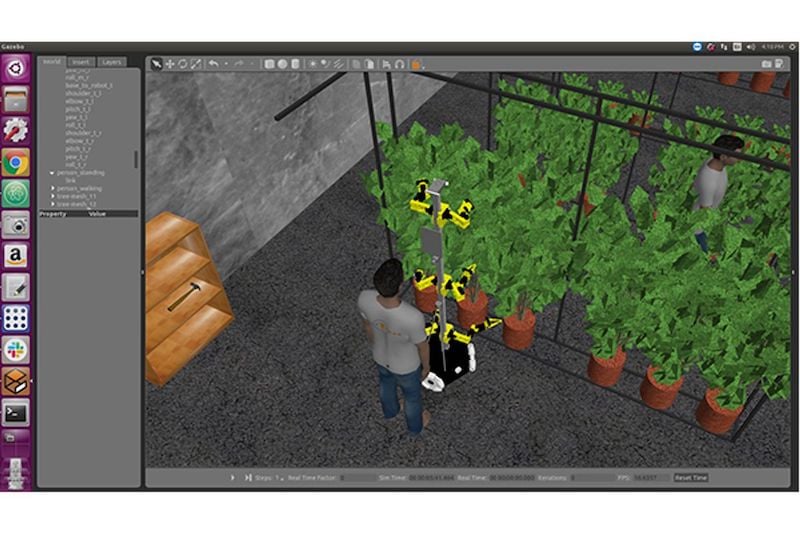 Horticulture and engineering are joining forces in the form of a robotic pollinator named StickBug. Image used courtesy of West Virginia University

With $750,000 in funding from the National Robotics Initiative of the U.S. Department of Agriculture, three researchers from West Virginia University (WVU) are combining robotics and horticulture to address issues resulting from the decline of natural pollinators.

StickBug, as the six-armed robot is called, is designed to assist with pollination in contained environments such as greenhouses and vertical farms.

Dr. Yu Gu is leading a team with Dr. Jason Gross and Dr. Nicole Waterland, all professors/researchers at West Virginia University, located in Morgantown. This university has long supported interdisciplinary robotics education and research, including a Robotic Technology Center located in Fairfield, West Virginia, giving it an excellent foundation to develop and expand on robotic pollinators.

StickBug starts by initially mapping the environment using machine vision, then builds up a more detailed environment that informs where the plants and flowers are. Using that information, no doubt with support from AI (artificial intelligence), this robotic system will then locate flowers that need pollination and develop a plan to address their needs efficiently.

StickBug is designed with multiple arms to facilitate the pollination process. In some cases where a flower is difficult to reach, two arms may be required: one to grasp the branch the other to pollinate the flower. Because the arms have multiple degrees of freedom, they will be able to access even hard-to-reach flowers, all without human assistance--a key aspect of this system. 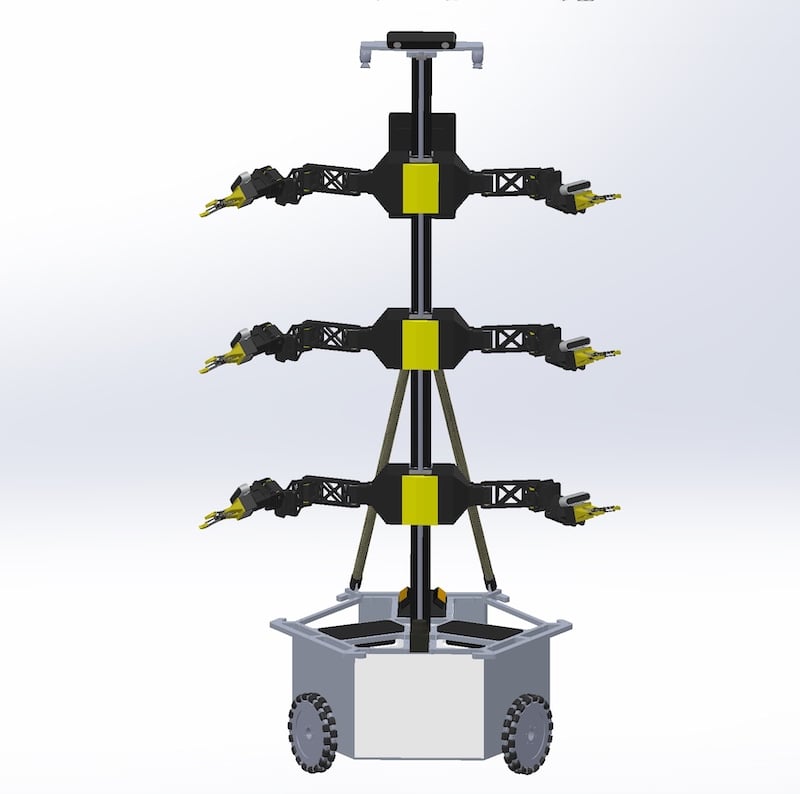 In addition to mapping, inspection, and pollination, the robot also tracks the development of flowers. Because such data is gathered automatically, the grower can focus on other key tasks such as pest control, planting, and irrigation.

In addition, robotic pollinators enable flexible pollination schedulers independent of natural pollinators, which can lead to higher profit opportunities. It will also serve as a foundational robotic platform for further agricultural automation with the potential to disrupt industrial farming.

The effectiveness of this autonomous pollinator robot will be initially tested with blackberry and tomato plants, both of which are being grown in greenhouses and high tunnels at greater rates. This funded research holds great promise to mitigate the issues related to the worldwide decline of natural pollinators and further the development of ever-advancing agricultural automation.

WVU and researchers are hopeful that this robot pollinator could help control engineers and automation specialists to automate their industrial agriculture.