In honor of October 3rd, National Techies Day, Control Automation is excited to celebrate the works of Joseph von Fraunhofer. Well-known for his contributions in optics, Fraunhofer also made lasting contributions in manufacturing and production systems.

Joseph von Fraunhofer is well-known throughout the scientific community for his contributions to physics and astronomy. He is considered the father of spectroscopy, inventing the first spectroscope in 1814, which led to the discovery of dark absorption lines and the nature of light from stars. However, Fraunhofer's engineering contributions, specifically in manufacturing and production systems, played a key role in making his scientific achievements possible. 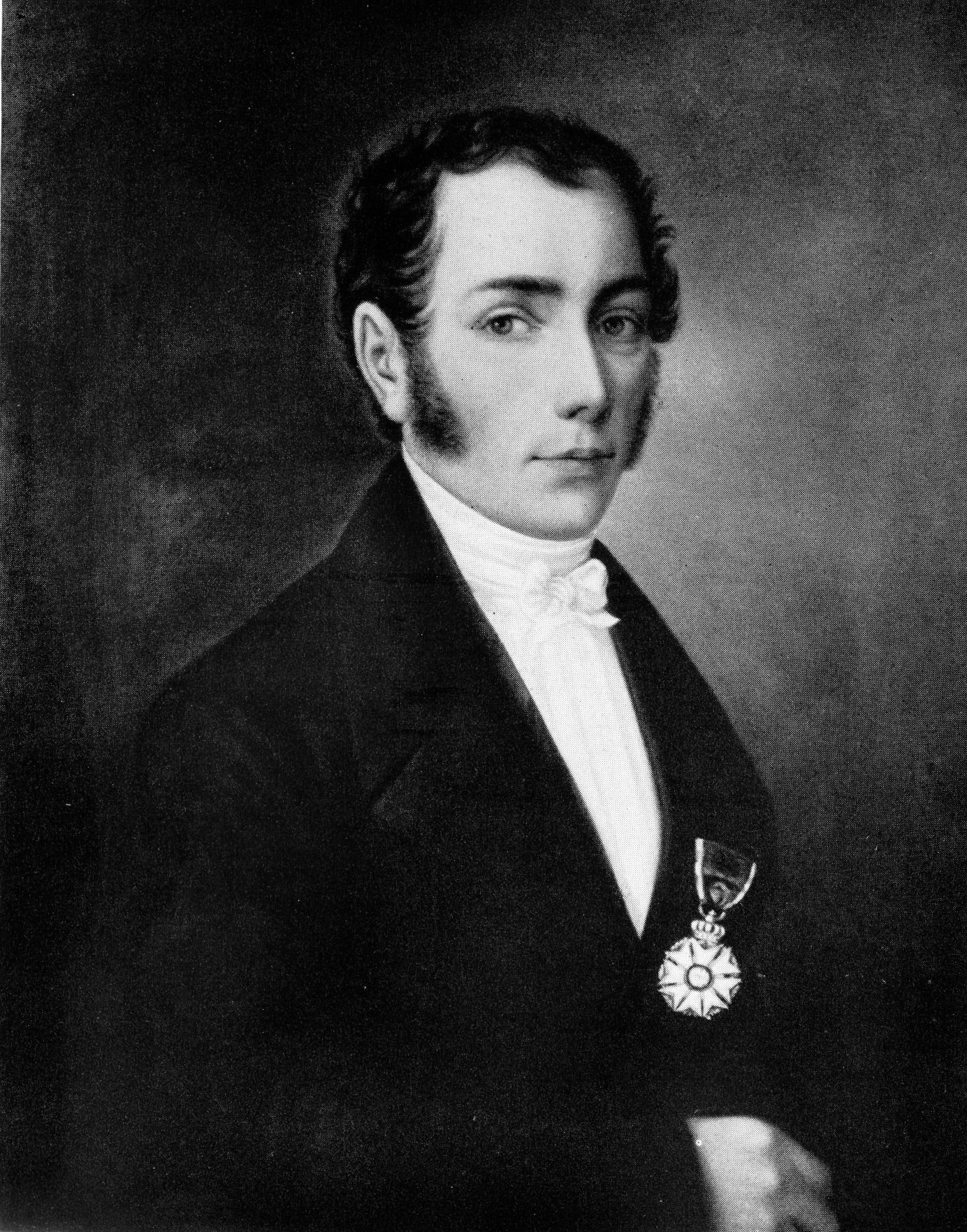 Born in 1787, Joseph von Fraunhofer had an unquenchable thirst for discovery. Orphaned at 12 years old, he apprenticed in a glassworking shop, making mirrors and decorative pieces. During his apprenticeship, his mentor did not allow him to read, thinking it was a waste of time. This changed in 1801 when Fraunhofer was trapped in a building collapse and was rescued and introduced to the prince-elector, Maximilian IV. Maximilian IV recognized Fraunhofer’s abilities and granted him access to textbooks. Joseph von Utzschneider, an entrepreneur, also assisted in Fraunhofer's studies and provided support.

In 1806, Fraunhofer, Utzschneider, and Georg von Reichenbach bought the Benediktbeuern Abbey and converted it to a glassworking shop, both for producing optical consumer goods and for making scientific instruments.

While he only lived to the age of 39, Fraunhofer made countless discoveries about the heavens above. His discoveries were made possible through the development, implementation, and optimization of finer quality lenses and scientific and manufacturing equipment. A victim of metal vapor poisoning (as was often true of glassworkers of the day), it is feared that many of Fraunhofer's greatest ideas went to the grave with him.

Optical instruments of the day, such as telescopes, magnifying lenses, and field glasses, were limited in their utility. Glass lenses were handcrafted and often littered with impurities, defects, and non-homogeneities, all of which impacted image quality. Not only was the quality poor, but the lead times were often long and prices high.

To produce high quality instruments, Fraunhofer developed a number of materials and process improvements. Not only was there a clear advantage (literally) to developing better optics, there was an economic one as well. There was a growing market for opera glasses, sight glasses, and other consumer goods that would likely turn a profit if the quality and lead times could be improved.

A Furnace that Stirs the Melt

Perhaps Fraunhofer’s biggest contribution to glass manufacturing was the development and use of a high-temperature stirring apparatus. He designed a furnace that enhanced homogeneity which reduced defects. This allowed for thicker lenses with higher magnification and less distortion. 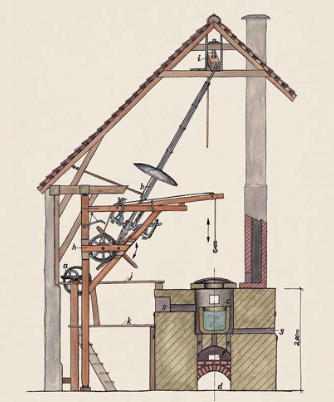 Stirring had an additional advantage related to heat transfer. Glass is a poor conductor of heat, meaning the energy from the fire tends to heat the outside of the crucible and melt the glass slowly from the outside in. With no stirring, bulk conductive heat transfer is low, so the melting operation was time consuming. It was also not very uniform, meaning impurity particles and gas bubbles moved at varying rates (or not at all) from the melt, leading to further contamination of the finished lenses. Stirring homogenized the temperatures, which also caused more uniform thermal degradation and removal of impurities.

Index of Refraction for Glass

One of the key problems in telescopes is accurately representing the light received. The index of the refraction depends on the wavelength of the light striking it. For casually viewing fish in a pond, this is of little importance—for capturing light from a distant star using high magnification, this is a limiting problem. The higher the magnification, the more different wavelengths are distorted.

Fraunhofer studied the index of refraction, both able to develop optics that limited it for astronomical purposes, as well as using the separation of different wavelengths to create a spectrum. From the latter, he was able to observe that sunlight was made from different wavelengths, and thus invented the spectroscope, long before atomic theory was proposed. 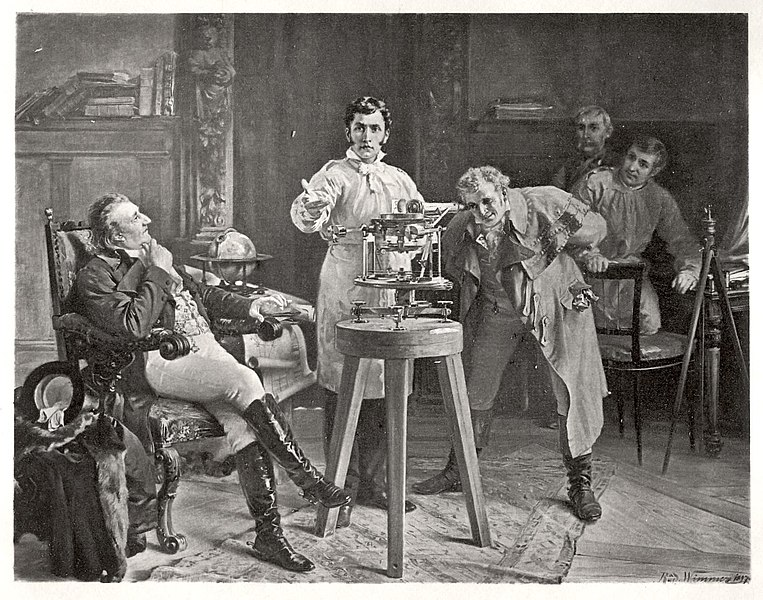 Glassmaking still takes advantage of the improvements implemented by Fraunhofer. Since his emphasis on purity, glass composition is heavily researched. Interestingly enough, many of the glass pieces in his shop had a greenish tint, often due to iron or copper impurities. The iron impurities are sometimes part of the source material and are sometimes the result of raw material grinding with iron or steel tools. Coca-Cola had a unique solution to these impurities—rather than remove them, they patented the green glass. Other companies quickly figured out that the iron could be removed by running a magnet over the raw material.

Additionally, Fraunhofer's careful examination of indices of refraction is still studied today. For example, at the Savannah River Site, nuclear waste is reprocessed into a more manageable, solid form. The manipulation of the material is performed robotically and operators peer through many layers of glass. If either one solid piece of glass was used, or even the thin plates with air space in-between them, the index of refraction would cause the operators to not see a true image of the materials they were handling with the robotic arms. Therefore, the space between the plates is either filled with alternating layers of a separate glass or with an oil, either of which correct the index of refraction. 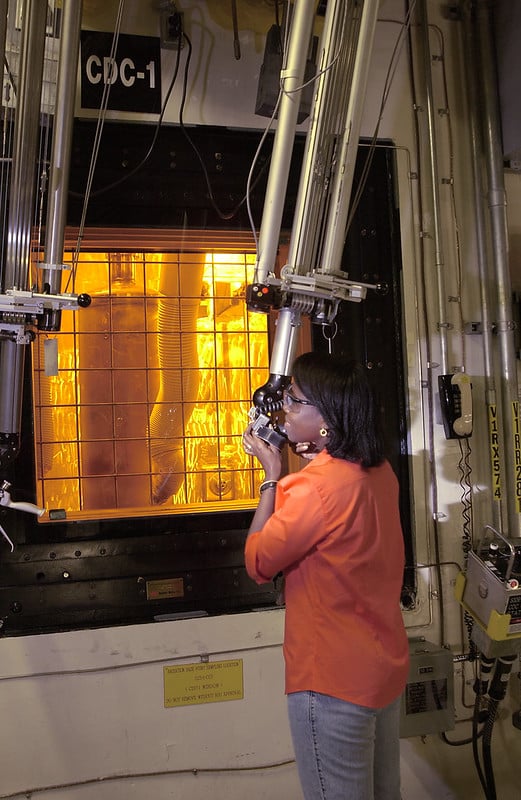 His spectroscope, as a scientific advancement, also impacted the chemical and metallurgical industries. Today, foundries rely on a modern spectroscope to determine the composition of their alloys and ensure they are within specifications. Typically, the spectroscope sparks against a steel sample and the light from the sparks is used much like the sun was in the original spectroscope by Fraunhofer. Fraunhofer also developed the first diffraction grating, which is the basis for modern x-ray diffraction techniques, used in materials characterization. 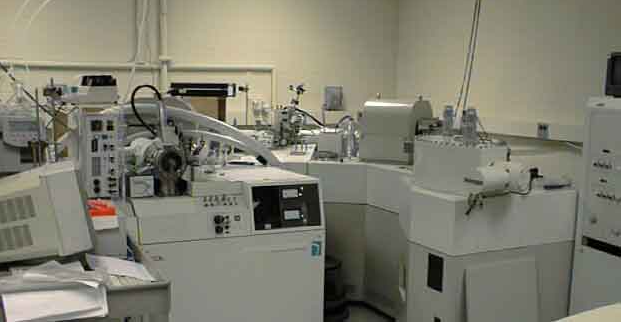 Fraunhofer fundamentally changed several manufacturing processes and led to the development of modern chemical analysis techniques, long before atomic theory was recognized or accepted. Through these inventions, it was proven that the stars are made from the same elements that we have here on Earth. It is fitting, then, that his gravestone is marked with the epitaph, “He brought us closer to the stars.”