Check out our other articles explaining the background and function of warehouse management systems.

Warehouse automation consists of different tools that include software applications and robots meant to automate material movements within a warehousing facility. It is a concept that originates at the convergence of the logistics and automation industries. Warehouses built inside manufacturing sites as well as distribution centers are benefitting from the increased efficiency and reliability that automated systems bring.

There are many examples of highly automated warehouse systems, such as the distribution centers from Amazon and Walmart, large hubs for mail and parcel services from FedEx and UPS, and food and beverage production sites like Frito-Lay or Coca-Cola. But despite the popularity of these systems and the proven benefits of warehouse automation, there remains a very large portion of the sector that has not capitalized on this technology. It is estimated that roughly eighty percent of all warehouses worldwide do not perform tasks with any form of automation, running their operations entirely on manual processes. On the other hand, fifteen percent of warehouses have some form of partial automation or are in the process of implementing it, leaving only five percent to be considered ‘highly automated’ systems.

What is Meant by ‘Highly Automated’?

What defines a highly automated warehouse? While there is no official definition, there are two characteristics that can be observed as being part of these systems. One of them is the presence of automation equipment and machinery (hardware) and the other is the implementation of one or more advanced software tools, some of which directly interact with the physical automation.

At the top of the significance scale among these software tools are warehouse management systems. Highly automated warehouses cannot exist without modern WMS applications in place, and the automated equipment to facilitate full use of the WMS capabilities. 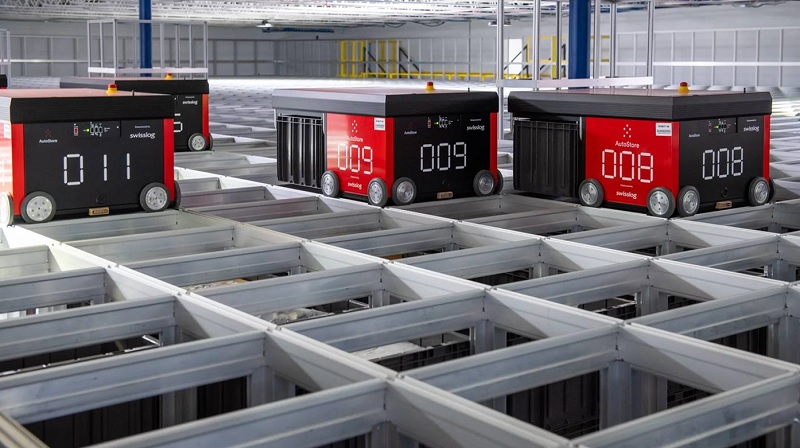 The next sections revisit in detail the two characteristics of highly automated warehouse systems, as well as the different ways in which WMS applications can integrate with robots and other software.

Within the context of logistics, digital automation refers to all the software tools that can be used to automate various warehousing workflows. These include materials inbound, storage, finished goods shipments, quality checks, and others. As mentioned before, the warehouse management system is the central software component, but here we will focus on how the WMS interconnects with other programs to achieve high-level integration.

WMS, ERP (enterprise resource planning), and MES (manufacturing execution system) are three applications frequently found together, depending on the scope of business for the company. An ERP program integrates some of the most important functional areas of a company within a single system, including finance, marketing, human resources, production planning, manufacturing, and warehousing. The ERP is perhaps the highest level centralized software application of a business, and below it, is the WMS that is directly in charge of the warehouse operations. 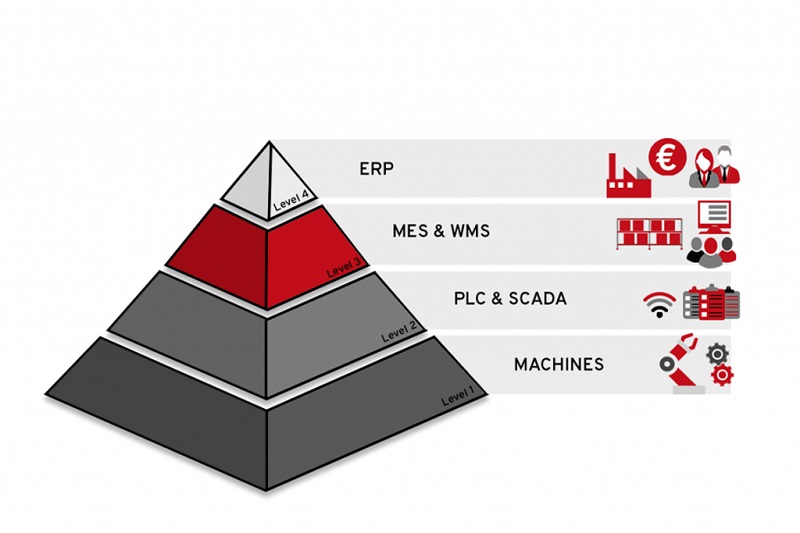 Figure 3. The ISA95 framework defines the hierarchy levels of the components of an advanced WMS system. Image used courtesy of Objective

The MES is an application that controls and monitors automated manufacturing processes. Both WMS and MES are at the same level in the application hierarchy, as one program controls the manufacturing process while the other controls the warehouse and logistics. It is easy to see how closely the WMS and MES need to work together. In a highly automated system, there is a real-time exchange of information that occurs so the operations can run seamlessly. For example, the MES may start a request for new raw material to the WMS. The WMS receives the request and, as soon as possible, dispatches a robot to retrieve it from the warehouse and deliver it. Once delivered, the WMS informs the MES of the transaction and updates inventory. Nearly every material flow is automated similarly in these advanced systems and calibrating these tasks correctly is key to achieving maximum performance.

In addition to the WMS, ERP, and MES, several other types of software applications are part of digital automation. A highly automated WMS needs to handle large volumes of information and thus requires a solid network infrastructure. Modern WMS also employ machine learning and data analytics. There is also a large universe of custom-built tools that help monitor and control specific parts of the system.

The WMS can connect upwards to the ERP and MES, but it can also speak with the floor level automation. This relates to all the physical hardware, robots, machines, and controllers that a given WMS system has and that automate some or all of the warehouse workflows. Below are some of the most prominent examples of warehouse automation technology available, which we might consider loosely to be classified as robotics:

This is a technology that has a lot of growth potential in the near future. These vehicles can execute many material handling movements. The latest AGV technology allows the execution of complex maneuvers in constrained spaces. Because they are guided, an infrastructure is required to provide navigational commands or signals from an external source. 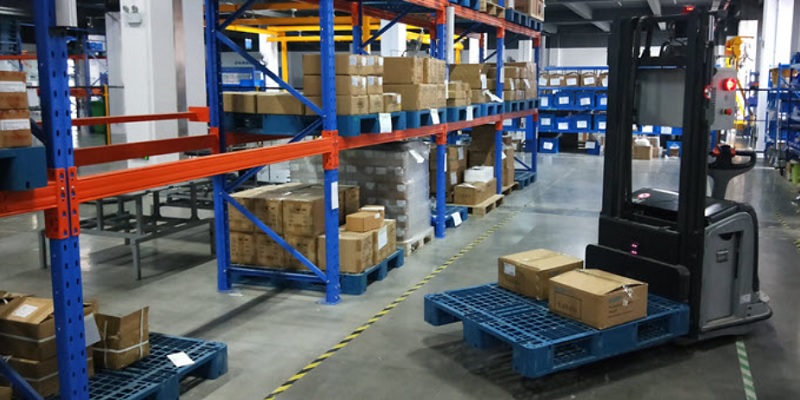 AMRs are more flexible than AGVs and have better obstacle avoidance algorithms, allowing them to work with less guidance and more autonomy. They are usually smaller than AGVs and thus handle lighter loads. They are better suited for production environments with high human traffic, such as modern distribution centers.

These are solutions to achieve maximum storage density. ASRSs consist of large racking structures with automated stacker cranes installed between such structures. The stacker cranes move with coordinate commands in and out of the ASRS area, picking and placing products in the storage cells.

Research data that shows a mere 5% of warehouses being highly automated should give us cause to see the nearly unlimited growth opportunities. Whether this involves minor modernization changes or entire overhauls of facility infrastructure, it can be intimidating and costly. By examining a few of the characteristics, it can be possible to pick one or more small areas to concentrate effort in order to see realize future productivity and automation.