Learn what an automated storage and retrieval system (ASRS) is and how the technology has advanced over the years.

The first ASRS was designed and built by the company Demag, the predecessor of the automation giant Dematic in the 1950s. Before it, warehousing was a time-consuming task that required expansive buildings. Storage was limited to floor level or low altitudes and was not “high density.”

Demag created an ASRS consisting of racking mounted from the ceiling. Over the next few decades, while ASRS’s design remains unchanged, its uses and applications have expanded rapidly across the globe, thanks to the natural space and cost savings.

As with many automation equipment, with the advent of more advances in PLCs as well as computer processing power, the technology used in ASRSs started to improve in the 1980s. Much new peripheral equipment offered more reliability and accuracy, thus allowing the moving equipment to travel faster. In parallel, at each iteration, WCSs were increasingly capable of handling more complex tasks and larger production and shipment orders.

Let’s dive into what an ASRS is, some of its basic components, and future trends.

What is an Automated Storage and Retrieval System (ASRS)?

An automated storage and retrieval system (ASRS) is an integral part of many production facilities and distribution centers worldwide. An ASRS is a type of automated system whose main purpose is to store and retrieve products efficiently, making optimal use of space by increasing storage density.

Let’s jump further into these fundamental components of an ASRS.

Basic Components of an Automated Storage and Retrieval System (ASRS)

The storage structure is comprised of the building, structural support, and racking infrastructure. For many of the largest ASRS, buildings are specially designed to withstand large loads. Foundations are reinforced, as well as steel columns. Weight calculations consider the maximum loads expected in the warehouse; usually, the heaviest product handled and designed for the worst-case scenario. 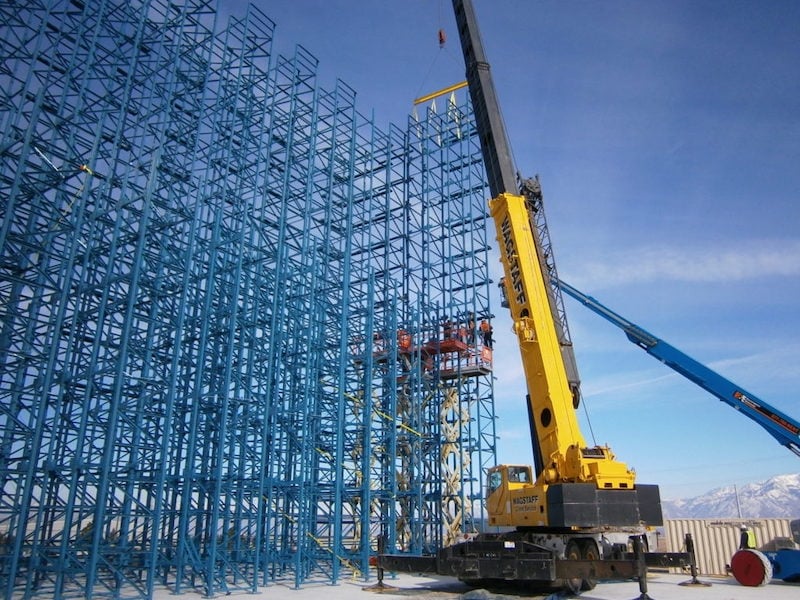 Figure 1. Structural racking being mounted in an ASRS under construction. Image used courtesy of Engineered Products

Similarly, structural racking is a type of rack structure especially suited for the ASRS application. Structural racks are made of thick, high-quality steel components bolted together in a modular way to extend upwards and longitudinally as needed.

The automation equipment inside an ASRS is a series of machines that execute the storage and retrieval tasks. In an ASRS, where pallets or other large-sized products are handled, a fixed-aisle configuration is typically used. In this case, a large, automated stacker crane is used. 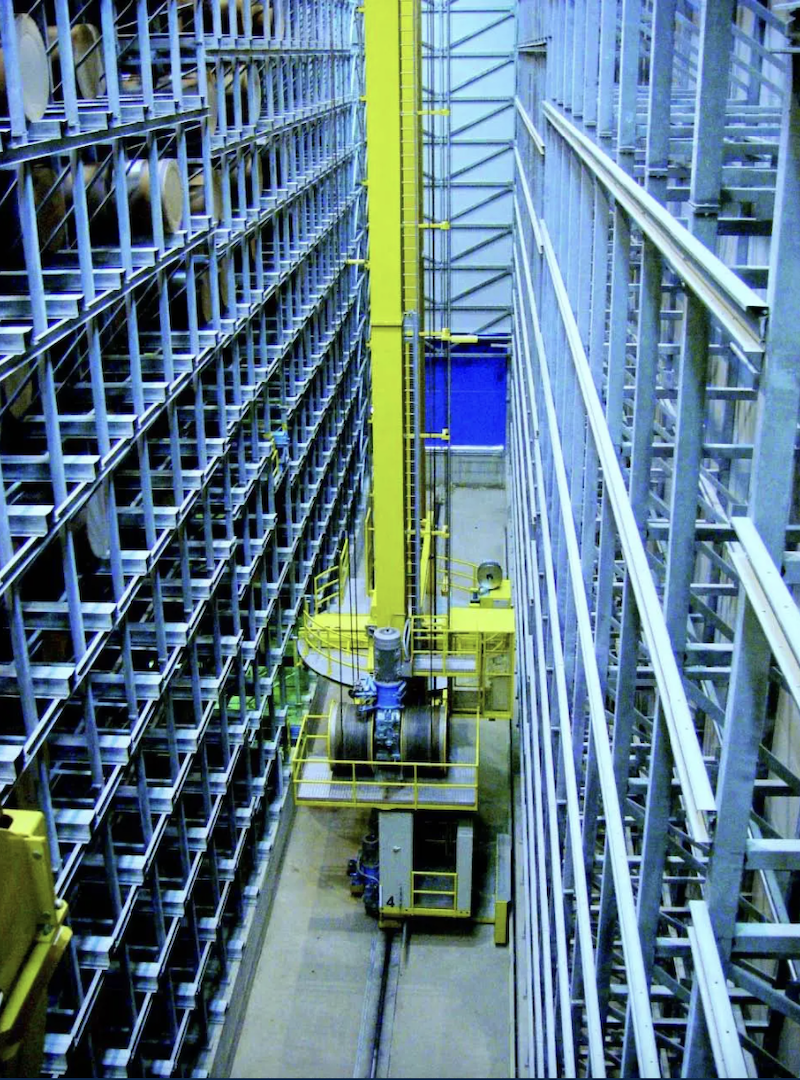 Figure 2. A stacker crane mounted on a rail inside an ASRS. Image courtesy of Adaptec Solutions

Sometimes, these are used in conjunction with shuttle cars, depending on the depth of the individual storage cells. In ASRSs, where totes, boxes, or other small products are stored, shuttle cars can be used individually or together with downsized versions of the stacker cranes.

ASRSs need to interface with exterior systems for the inbound and outbound processes. Many high-density warehouses are part of a larger automated logistics system, and as such, may be integrated with other conveyance equipment. In highly automated systems, ASRSs can interact with laser-guided vehicles as well.

Many automated warehouses may include internal conveyance equipment, in addition to stacker cranes and shuttles. This might be necessary depending on the complexity of the system. In more traditional operations, the ASRS can be serviced by forklifts, or aided by some form of additional conveyance.

Lastly, there is the control system. The stacker cranes and shuttles of an ASRS are normally controlled by a PLC and a decentralized control configuration. Each crane glides along a rail inside an ASRS aisle (X-axis) and moves up and down to a requested storage cell (Y-axis). Then, to store or retrieve products, the crane extends an attachment designed for this purpose (Z-axis).

If the storage cell is deeper than the attachment reach, Shuttles can travel into the storage cell to execute the pick or drop task. All the motion control involved is normally patterned in the sense that at each storage aisle in an ASRS, the same functionalities can be expected.

At the next level above the PLC control is a central controller application. Many ASRSs that function “standalone” in a facility are controlled by a warehouse control system (WCS). The WCS is a software application that manages the logistics of the warehouse: storage, retrieval, storage cell consolidation (housekeeping), quality holds, etc. The WCS is programmed to optimize the number of movements, task times, and travel distance of the automated equipment based on a set of preconfigured business rules.

Figure 3. A 3D rendering of an integral warehousing solution with an ASRS, conveyors, and LGVs. Video used courtesy of System Logistics

Alternatively, an ASRS may be directly controlled by a warehouse management system (WMS). In this scenario, the ASRS is usually an element of a larger automated system. The ASRS needs to interact with other machines and, in some cases, other ASRSs or other forms of automated warehousing. The WMS is aware of the conditions of each subsystem and, thus, can efficiently manage the tasks for each one.

Another possible configuration is where a WMS controls a WCS, which then controls the ASRS. This is particularly true for some of the most modern large warehouse facilities and can happen with different vendors within the same production facility, and their storage systems must interface with each other. 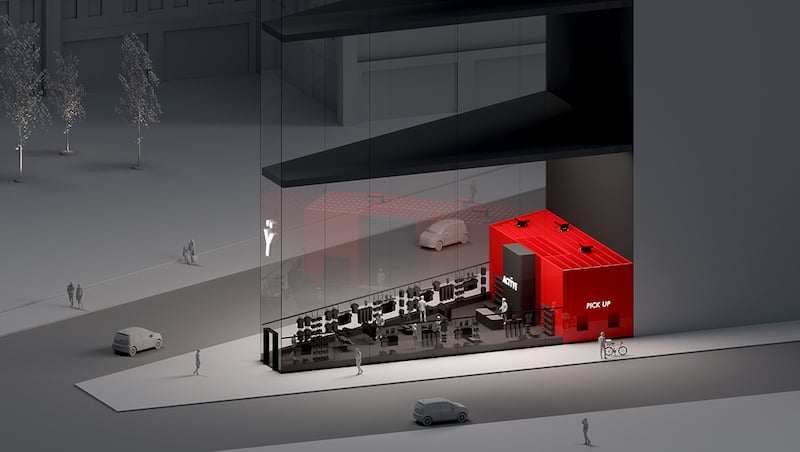 Before ASRS, warehouses only used the availability of the factory floor. ASRS brought vertical warehousing into the industry. For an ASRS to properly work, it needs storage structure(s), automation equipment, conveyance interference, and a control system. When all of this equipment ties together, it creates the ASRS we see today. Even that is changing with the introduction of micro-fulfillment centers. What do you think will happen to ASRS in the future?