Introduction to Codes and Standards for Instrumentation and Controls Engineers

Introduction to Codes and Standards for Instrumentation and Controls Engineers

Regardless of the industry, or your role in that industry, codes and standards are an integral part of the environment in which we work and have a major influence on design and engineering.

A short introduction for the entry-level instrumentation and controls engineer on codes and standards and recommendations on where to start.

Definitions and Distinctions of Standards and Codes

Before you can figure out what codes and standards you should focus on, you need to understand what they are and some of the differences.

In its most basic form, a standard is a technical guideline used by manufacturers and engineers in order to create a uniform product that can be produced independently by unrelated individuals, groups or companies. Adherence to standard by a manufacturer or company can be optional or have options that allow the user some leeway.

Mobile phones are a good example of the optional use of a standard. Not all mobile phones have adopted the same standard for the communications and charging port, but those that do adhere to a particular standard, are all interchangeable.

A code is a set of rules, sometimes adopted by law, that manufacturers and engineers must abide by to achieve a satisfactory level of safety and reliability.

Codes are more strict than standards, especially if adopted by law. Noncompliance to codes can have dire consequences that could result in accidents, injury or even death. A code may dictate how the structure of a building is constructed and which materials are used. Not following the code may result in the building collapsing and the potential for injury by its inhabitants.

There are thousands of published codes and standards out there and it is inconceivable for any one person to be thoroughly knowledgable in all of them. The key is to be familiar with them and be able to quickly recall which codes or standards apply to your current situation or circumstance.

Codes and standards are not written with the intent of capturing your imagination and sweeping you away to a far off distant land like many novels, so reading them can be a chore. Nonetheless, sometimes the best introduction to a code or standard is by reading, or at least, scouring through the pages from front to back.

You should not go out and try to do this to every code and standard published but to the few that will be re-occurring in your daily professional career. The standard or code should then be revisited as needed by your current assignment at which time a more in-depth understanding may be required.

Below are some of the major organizations that individually contribute hundreds, some even thousands, of codes or standards across all disciplines and multiple industries.

Not all of the above organizations will apply to every industry, but being aware of their existence, and which codes and standards may apply to your application will help prepare you when your industry crosses paths with another.

Your career path and the industry you work in is going to determine which codes and standards are relevant for you, but there are a few that are difficult to avoid no matter what industry you serve.

Below is a partial list of standards that have been particularly useful in my career.

As an I&C Engineer, the ISA is going to be high on the list for your source of standards that are bound to be relevant in your field.

By far, the most popular standard is ISA-5.1, Instrumentation Symbols and Identification.

Originally developed in 1949, this standard continues to be the roadmap used in the development of the P&ID (Process and Instrument Diagram) across U.S. factories, power plants, and refineries. ISA-5.1 has evolved over the years during my career to now include much more than just P&ID symbols.

As of the latest revision (2009), the standard now includes binary logic and function block symbols as well as electrical schematic symbols. This standard is a “must-read” for any person designing, reviewing or even using P&IDs. 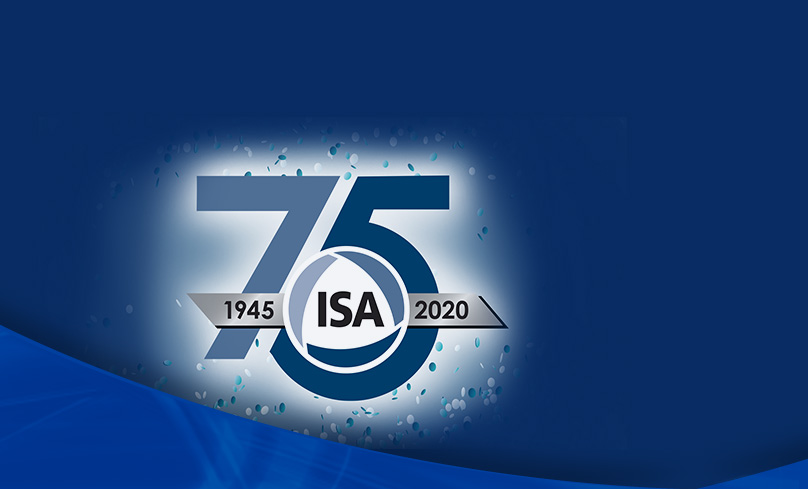 An anniversary graphic from ISA. Image used courtesy of ISA.

There are several codes and standards published by the NFPA that I feel are applicable to I&C Engineers. The NEC (National Electric Code) has several sections that can affect decisions you may make like choosing instrument housing types; wiring practices; grounding; and more.

NFPA 85 is applicable to any engineer involved in the engineering of boilers and other combustions systems. NFPA 79 is a good place for equipment manufacturers to start when designing machinery with automation and control.

As a mechanical engineer in the power or process industry, the ASME Boiler and Pressure Vessel code along with the various Pressure Piping Codes will be open on your desk constantly.  But it’s not a bad idea, as an I&C Engineer, to be at least familiar with their purpose as well and be vaguely familiar with some of the major portions of these codes.

The recommendations in this article can only begin to graze the surface of the piles of codes and standards that you may come across in your career as an I&C Engineer.

Many factors, such as your industry, customer expectations, and your engineering discipline will greatly affect the codes and standards that you come in contact with every day.

What standards and codes do you use most often?