In the formal education space, there seems to be a lack of programs readily available for control and automation engineers.

Starting a robotics program in high school led Ben Harmon to want to study control engineering when he got to college. But when it came time to choose a school, he found only two that offered the kind of hands-on, technical degree he was after.

Now Harmon, 20, commutes an hour to Hennepin Technical College in Eden Prairie, Minnesota, each day, where he is working toward a controls engineering technician diploma and an associate degree in automation robotics.

“It’s mainly the program that drew me to the school,” he said in a recent interview. “There’s not many opportunities out there for controls, in my opinion.”

He’s not wrong. While the exact number of degree programs focused specifically on control engineering is difficult to pinpoint, their number is relatively small — yet growing — some experts say.

A search for U.S. institutions with control engineering programs on the engineering accreditor ABET’s website reveals very few. Among them is Case Western Reserve University in Ohio, a private institution that has been offering a degree in systems and control engineering since the 1960s, when the school was still Case Institute of Technology. Professor Kenneth Loparo, who has been teaching at the school since 1979, said he believes the school was the first in the country to receive ABET accreditation in this area.

Identifying The Need For These Programs

Other four-year institutions offering these types of degrees include Indiana State University, which started offering opportunities to study automation and control engineering at both the undergraduate and graduate levels; the University of Houston - Downtown with a bachelor’s program in control and instrumentation engineering technology; and Millersville University in Pennsylvania, where students can pursue a bachelor’s, associate or a minor in the robotics and control systems technology field, among other colleges and universities.

A look inside the Control and Instrumentation Engineering Technology (CIET) degree program at UHD. Image used courtesy of the University of Houston.

Different institutions may give similar programs different names, however — one of the reasons these degrees may be hard to find and difficult to track, said David Peterson, who has worked in control engineering and education for the last decade. Even employers in the industry sometimes use terms like “automation,” “mechatronics,” “control systems,” and others interchangeably, and schools house control engineer-like programs under varying departments, which can add to the confusion, he said.

Generally, the combination of electrical, computer, and mechanical engineering are what sets them apart. That diversity is what makes these types of programs worth pursuing — “the fact that in control systems you have to look at the mechanical stuff happening and the electrical stuff happening, and to some degree the programming behind it,” said Peterson, who previously taught at Centralia Community College in Washington before starting a company to train technicians and educators in the field.

“You’re more taught the big picture, like how do all these things work together, which I would say makes you a far more valuable employee,” he said. “You can communicate with the mechanical technicians, and you know how to design something that the electrical technicians are going to be able to handle. You have a better understanding of how your systems work together.”

Peterson said the number of schools offering these degrees is growing, as control engineers continue to be in high demand. When he taught at Centralia, the school’s mechatronics program was one of two in the state, he said. In the last eight years, however, that’s grown to 19 community and technical colleges offering some variation of control engineering, including mechatronics, electromechanics, electronics, industrial electronics, robotics, and advanced manufacturing.

“I don’t think these skills are going anywhere,” Peterson said. “If anything, they’re going to keep on increasing.”

Many programs at both technical colleges and four-year universities offer a lot of hands-on training; Harmon said he spends most of his time at Hennepin working with things like PLCs, PID controllers and PNP sensors in the lab, for example. But four-year degree programs will include much more theory and physics that two-year programs don’t tend to cover. 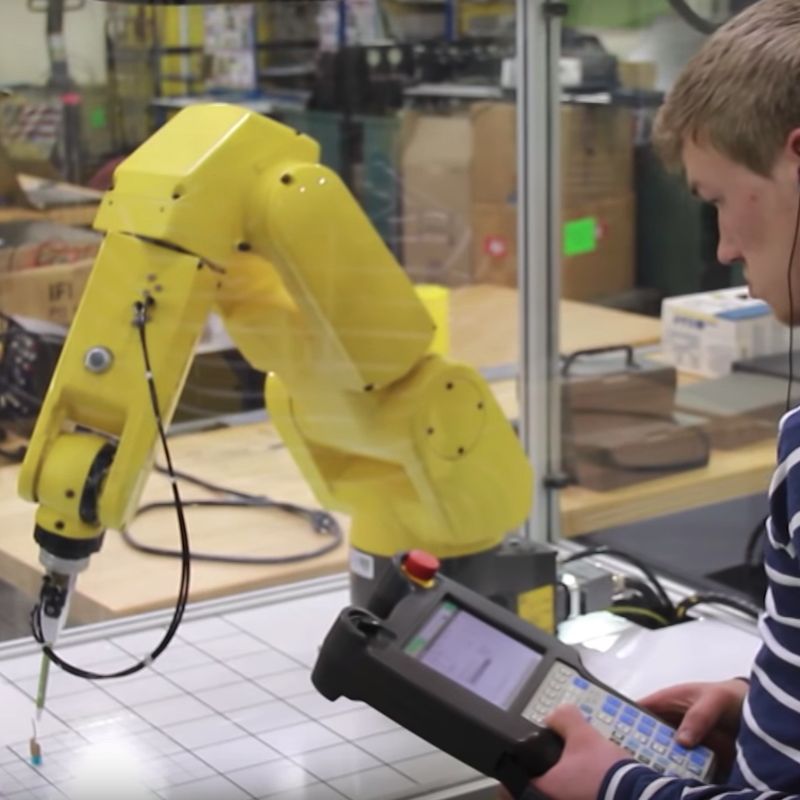 When asked how prospective students should approach the decision of which type of degree to pursue, Loparo said, "For me, the question would be, ‘Are you interested in the sort of hardware deployment and managing the sort of hardware devices that are on the plant floor or on the shop floor and using standard programmed algorithms within those systems to operate those machines? Or are you interested in being the designer and the implementer in the next generation of automation technologies?”

With an increasing demand for educational programs like these, it seems more programs are popping up all over the world.

What was your formal education experience like? Do you see a demand for control and automation engineering formal programs?