Network routers are designed to route and pass information between a system of connected computers and devices. Learn about the role of routers in industrial applications and how to properly maintain them.

Take a look at our previous article on servers:

Network routers are in charge of the flow of information in a system of connected computers and devices. They come in a variety of sizes, for purposes ranging from small home and home office devices to enterprise routers that serve large commercial or industrial facilities.

Virtually all networks, be them home, office, or factory, have a router in place to direct the flow of data. If a device has an Internet Protocol (IP) address that starts with 192 or 10, chances are it is connected to a router somewhere.

What is a Router?

Routers are designed to route and pass information between devices. Routers in the home are used to connect multiple devices, say desktop computers, laptop computers, smartphones, and tablets, to the internet. The router passes traffic between these devices and the internet service provider (ISP). These small home routers may have several wired Ethernet connections, a wireless transmitter, and some mechanism for communicating with the ISP. This could be a cable connection for cabled internet, a phone jack for a digital subscriber line (DSL), or other connections. 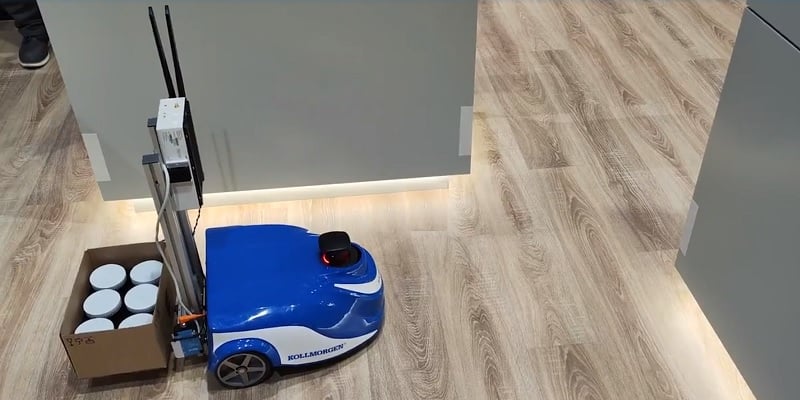 Routers are not just used to connect devices to the internet—industrial equipment may be connected to a local intranet, intentionally disconnected from the outside world. In this case, machines, sensors, operator terminals, and other devices are connected to each other via a router or routers to form a local network of devices. By keeping the system off the internet, cybersecurity risks are reduced. Routers can be configured to operate on these intranets.

Routers, Switches, and Hubs, Oh My!

These three devices are often confused for one another, as they all transfer data between connected devices. However, there are some important distinctions.

Hubs are the slowest and “dumbest” devices. They simply act as a pass through, transmitting data to all devices on the network. The hub doesn’t care who the intended recipient is, all data goes to all devices, and it is up to the device to determine whether the message is important. This makes hubs inherently slow, and there are relatively few hubs in use today.

Switches are the next most intelligent device. Switches learn a little about each device based on the responses and then route traffic to only the device of interest. This makes them faster and more efficient than hubs. Switches are also faster than hubs because they can perform in full duplex, which means they can send and receive signals at the same time. Hubs are half-duplex, meaning they can send or receive, but not both at the same time.

Switches can be either managed or unmanaged, with the managed switches even further blurring the lines between switch and router functionality. 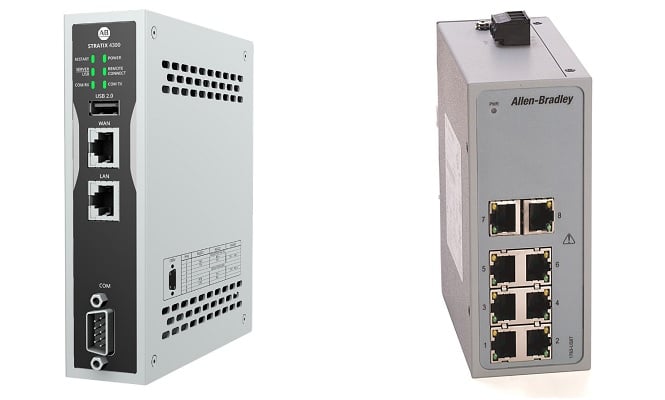 Figure 2. A router (on the left) and a switch (on the right) from the same manufacturer show that the two devices can be quite similar on the outside, with a USB and serial port for configuration displayed on the front of the router. Image (modified) used courtesy of Rockwell Automation

Routers are the most intelligent and most efficient of the three devices. They perform the same tasks as switches in full duplex, but they also establish Dynamic Host Configuration Protocol (DHCP). In this, IP addresses are assigned to devices so that messages and data can be routed more efficiently. Furthermore, the router can also function as a firewall, as the router determines whether an outside message should be transmitted to a specific IP. If the router decides not to allow the connection, data is not sent.

Most home routers are set up as quickly as possible and then forgotten about. This is a poor practice, as they are often left with default passwords and outdated firmware. Some smarter routers will automatically update the firmware as needed.

In general, routers require two passwords at a minimum; one is to access the network, which is the one people must type into their devices (the one you might share with visitors to access your home Wi-Fi), and the other is the password to the router itself. Often the router access password is the one that gets left at a default value. A good practice is to not allow these two passwords to be the same. 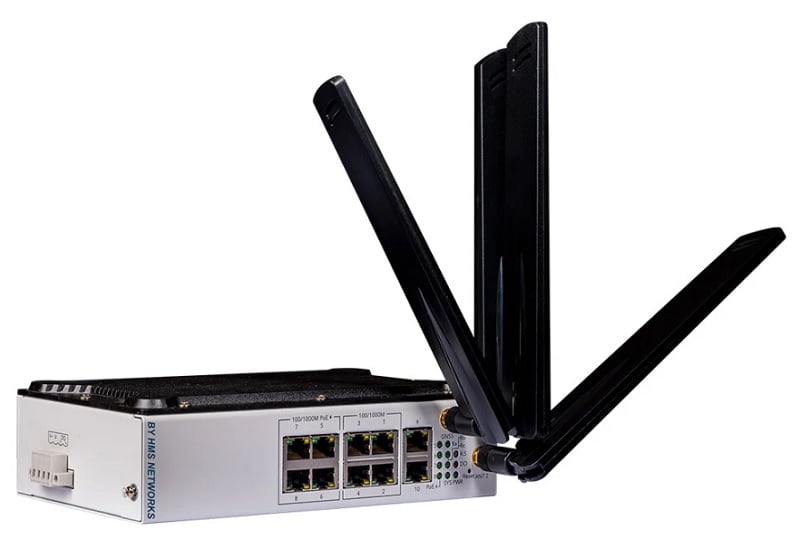 Figure 3. Routers can be wired, but wireless (even for industrial environments) is very common, such as this 5G wireless device. Image used courtesy of HMS Networks

The router can be accessed from a laptop or other device by going to a specific IP address provided by the router’s instructions. The router password is entered and the user now has access to all of the router’s functions. Here, they can limit or ban devices from talking to the router, set alarms, enact data limits, and all sorts of other functions. Some home routers have parental controls to limit the internet content that can be passed to certain devices.

Whose Job is It, Anyway?

In the industrial setting, routers perform the same tasks and can be accessed in a similar manner. However, manufacturing plants are particularly bad about leaving default passwords in place, which can lead to cyberattacks that can paralyze the facility.

At first glance, the reason for this looks like simply bad practice. In reality, it is probably more complicated. Often, the reason for leaving the default password is that the chain of command of these routers is not well established. In larger facilities, there may be a fully-staffed information technology (IT) department who maintains these routers, and thus takes command of them. At smaller facilities, nobody is quite sure who owns a router.

The temptation then is for the engineer who installs it to leave it at its default setting, just in case they move on to another position or leave the company. The thought is that the next person will be able to easily get into that router, but it exposes the router to cyberthreats. A better practice is for the engineer who installs the router to establish a chain of command as to who can access this router, and if they leave their position, as part of their pass down to the next engineer, they will leave the old password. The new engineer should promptly change this password.

Unlike servers, routers are generally placed near the devices that route through them. For wired connections, this means shorter cables, and for wireless connections, it means stronger signals and faster data transfer. Because routers must be placed close to industrial equipment, they will need to be ruggedized, meaning they are protected from physical, chemical, and electrical harm.

A router placed in a manufacturing facility may experience occasional water spray, dust, vibration, and general grime. While routers should be physically located to minimize this exposure, some exposure is inevitable. Certain ruggedized routers are ingress protection (IP) rated to limit the penetration of these contaminants into the router. For example, routers rated to IP67 are expected to perform with long term or continuous exposure to dust and brief immersion in water.

In addition to physical contaminants, industrial routers must be filtered and shielded from electrical noise. Electromagnetic interference (EMI) is common in manufacturing environments, where every robot, compressor, closing contact, switch flip, transmitted signal, pump, and motor generates electrical noise. This EMI can interrupt signals transmitted and received at the router. While most routers have error checking routines to ensure proper messaging, each interrupted communication requires data to be retransmitted, meaning data transfer speeds are impacted.

Network routers are crucial to routing and passing information between connected devices in an organization. Whether your company has a fully-staffed IT department, or a few engineers operating network connections, properly maintaining a router and its passwords is essential to security in your organization.