The benefits of modern building automation systems (BAS) include interoperability and technical support in case a problem occurs. Learn about the BAS four-layer architecture concept adopted by manufacturers. 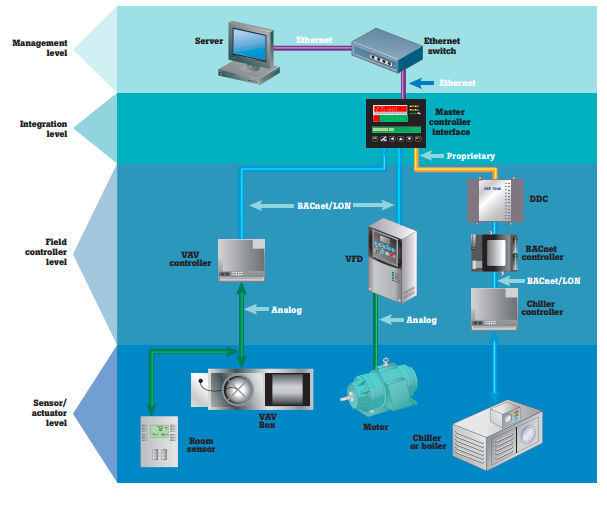 The building automation system’s purpose is to control environmental conditions from a central location through a user interface. To do this, the BAS needs a network of field devices and mechanical actuators installed across the facility, controlled with a central controller. The controller’s communication with the field devices and mechanical actuators is a significant factor.

When implementing a building automation system, components should follow the same protocol when interacting with each other. Historically, many opted for all components from a single manufacturer. Otherwise, it became more challenging for these devices to work together. Today, with protocols more in place, this is less of an issue.

A Look at the Four BAS Layers

The building automation system’s architecture is composed of four layers, each performing different functions to achieve a successful BAS. Knowing these layers enables different manufacturers to follow the same protocol when manufacturing devices, making it possible to communicate with each other without any problem.

The application layer describes a set of rules, which can activate or deactivate objects in aBAS. Further, some properties give detail about an object and its relevant parameters. An object in a BAS, such as an air handler, represents a physical quantity. When an object acts, it activates the concerned parameter as a part of completing the action, like a control valve or VFD for the operating fan.

The user interface, which is the mechanism through which operators interact and control the BAS, exists in this layer. 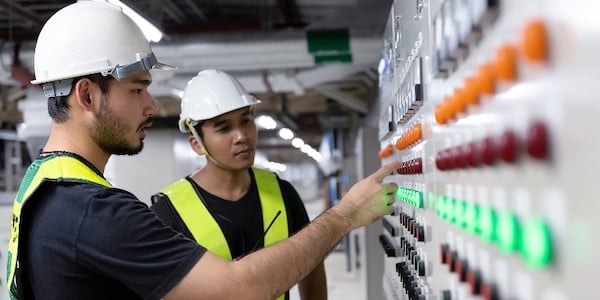 Figure 2. The user interface exists in the application layer of the BAS.

The supervisory layer defines the message delivery across the architecture and consists of hardware and software.

The software part represents the messages or the signals carrying the information about the status or particular value like device temperature and blower’s current speed.

The hardware part represents the carrier or medium of data transmission between these devices, as there can be different types of standardized mediums. This part is necessary, as many mediums have their unique characteristics. If data transmission is overlooked, it can result in different readings for the same value sent over different mediums (i.e., incorrect information).

Information collection takes place in the field controller layer. After the information is collected, it goes back to the supervisory layer.

The field devices installed throughout the BAS continuously measure and monitor the physical parameters. However, their information can only be received when these devices get the signal to do the operation. This layer enables the physical devices, such as sensors and transmitters, to send back their designated information to the supervisory level for processing and performing required actions.

At this layer, all of the physical components responsible for information collection are present. This layer also defines the method of communication between each physical device with the main controller. The input/output layer represents the data coming from the field devices installed across the facility, like temperature and pressure sensors.

For example, a temperature sensor can be directly connected to the main controller sending the resistance values, but at some other location in an existing BAS, temperature values can be in the form of 4- 20mA or 0 – 10 V value.

Interoperability is Key to BAS Architecture

The world, in all fields, is moving towards common standardization practices. The benefits are many — among them is interoperability and the availability of technical support in case a problem occurs. The building automation system’s layer concept keeps these layers at the forefront of construction and operation. Many advanced manufacturers have also adopted this approach, by making their devices compatible with the four-layer architecture of a BAS.