How Wearable Technology is Advancing in Industrial Sectors

How Wearable Technology is Advancing in Industrial Sectors

In a previous article about wearable technology, we looked at new technology, challenges, and wearable design solutions. In this article, we’ll look at industrial applications.

Recently, companies are finding greater value in applying technology to support workers rather than replacing them. This trend is leading to an increase in wearables to blend humans and technology seamlessly together for construction, warehousing, and manufacturing applications.

Wearables have been used for years in different industries. Consumer wearables come in the form of watches, glasses, or telemetrics, such as the ones offered in high-end running shoes. Medical wearables are typically smaller devices that stick directly to the skin. These wearable types might be as simple as stickers that change color or have electronics that monitor, report, and deliver microdoses of medicine.

Each industry will see different design guidelines from size, battery life, capability, and more. No matter what the industry is, the same guidelines for adopting new technology such as wearables are similar. There must be a need, goal, pain, etc. A carefully thought out plan of integration incorporates ROI with the added benefits the solution provides.

For example, wearables in manufacturing, construction, or warehouse industries offer a quantifiable way to measure workers’ safety. Some of the benefits wearables can provide that relate to ROI are:

Wearable design tends to work within or attach to what is available: Clothing, watches, skin, etc. When it comes to manufacturing wearables, industries have more to work with hardhats, safety glasses, lifting vests, tool belts, etc. Since workers are already carrying equipment, adding some small electronics with a battery is less intrusive.

One of the early wearables was an oxygen monitor before electronics canaries were used in mining to detect air quality. If the canary died, it meant the air quality could be poor, and workers would be able to leave the mines before they succumb to the same fate.

Air monitoring devices are common in mining and other industries that involve small spaces, poor ventilation, or involve toxic gases. Today, this worker safety trend has become one of the biggest drivers behind wearables in industrial applications.

Coined by Strongarm Technologies, workers are Industrial Athletes. Like any professional athlete, tracking activity and proper technique are critical to success. One of the biggest problems in manufacturing and other industries are missed workdays or downtime due to injuries.

According to the Bureau of Labor Statistics, “Overexertion and bodily reaction resulted in 282,860 nonfatal injuries and illnesses with days away from work in private industry during 2018.” Strongarm has been working on keeping Industrial Athletes safe and has developed a wearable sensor, FUSE, that takes worker safety to a new level.

Just like an IIoT monitoring device that generates predictive maintenance for machines, data from connected workers can predict the potential for injuries and overexertion.

FUSE can alert workers or managers of potential injuries. The software can even suggest individuals or teams take a break or walk them through stretching exercises to reduce the likelihood of injuries and overexertion. 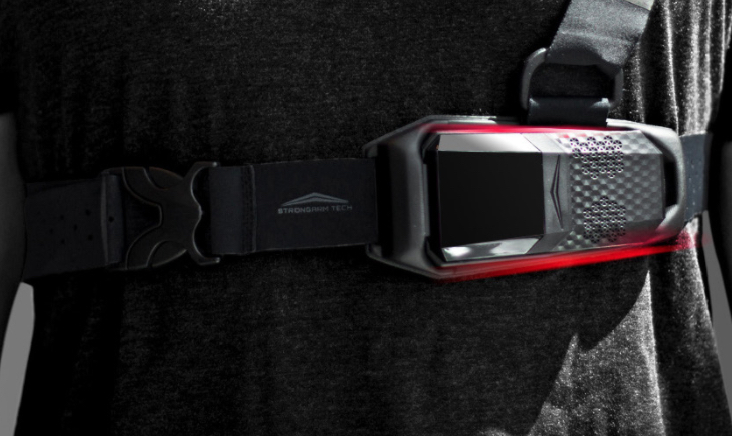 Predictive maintenance for people can also increase mental wellbeing. Some early adopters of this technology have said they have more energy at the end of the day that can let workers enjoy their personal time.

Tracking employees can make workers uneasy, so security and privacy are essential when adopting wearables in the workplace. With the recent pandemic, employees may still want privacy and also want to be alerted if they are getting close to other workers or have come into contact with someone that reported an illness.

Recently, Strongarm was able to adapt its wearables to alert workers with vibrations, lights, and sounds if they come too close to other workers. Additionally, data can anonymously discern if workers might have come into contact with each other and their risk of virus transmission. This new feature reported a 95% reduced risk for COVID-19.

As workers become more connected it can yield other benefits. For example, autonomous equipment such as self-driving forklifts will be able to “see” or be spatially aware of workers to add an extra layer of redundancy to worker safety. Additionally, wearables can help with the skills gap and improve productivity.

A testbed featured at IoT World Congress in 2018 featured a connected hardhat. The Guardhat monitors air quality and alerts workers if they have entered a restricted or dangerous area, and even detects slip and falls. However, to incorporate safety and productivity, another company combined safety glasses into a hardhat. The device provides wearable technology that could project augmented reality onto the safety shield that also protected the worker's eyes while using the hardhat to store the electronics. 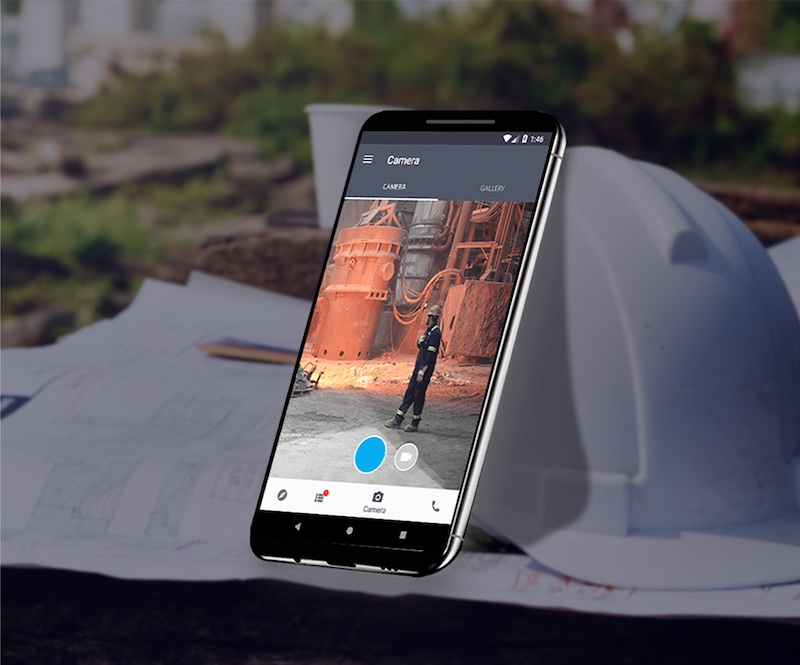 Augmented reality has been adopted to visualize data in the field. Multiple companies have developed software that can be used on almost anything with a screen to superimpose augmented images onto a real device. This software can show workers step by step instruction for installation, maintenance, troubleshooting, and other valuable processes.

For now, augmented reality is not seeing much success being incorporated into wearables. Daqri, the company that produced the hardhat slash augmented reality safety glasses reported going out of business in 2019.

Startup failures in the wearable market prove that the wearables market is a tricky business. However, as manufacturing, construction, and warehousing industries adopt technology and find more mobile solutions, the connected worker seems like inevitably.

Success will continue to depend on design, ROI, and proper application.