Learn about the different classes of automated storage and retrieval systems (ASRS) based on product and motion types.

In intralogistics, automated storage and retrieval systems (ASRS) are essential components of a highly automated and efficient workflow. Around the world, many once traditional warehousing facilities have been able to increase capacity, throughput, and reliability, thanks to introducing these systems.

Also, a large number of new warehouses and distribution centers are being built with some form of automated storage solution from the start. In the micro-fulfillment arena, stores compete by reducing order fulfillment time, which they can achieve by automating the storage and retrieval process at the store.

Among all these various applications of ASRSs, five distinct types can be identified, classified by the type of load or product handled, as well as the type of movement performed by the internal automation components.

These systems are designed to handle large and heavy products, starting at 1000 lbs, up to 6000 lbs in particular applications. The most common type of unit load is pallets, but large boxes and containers can also be stored.

The infrastructure consists of several tall racking structures and narrow aisles in between. The rack beams are spaced out vertically to accommodate the pallets, creating individual storage cells. Storage cells may be single deep, double-deep, or multiple pallets deep. 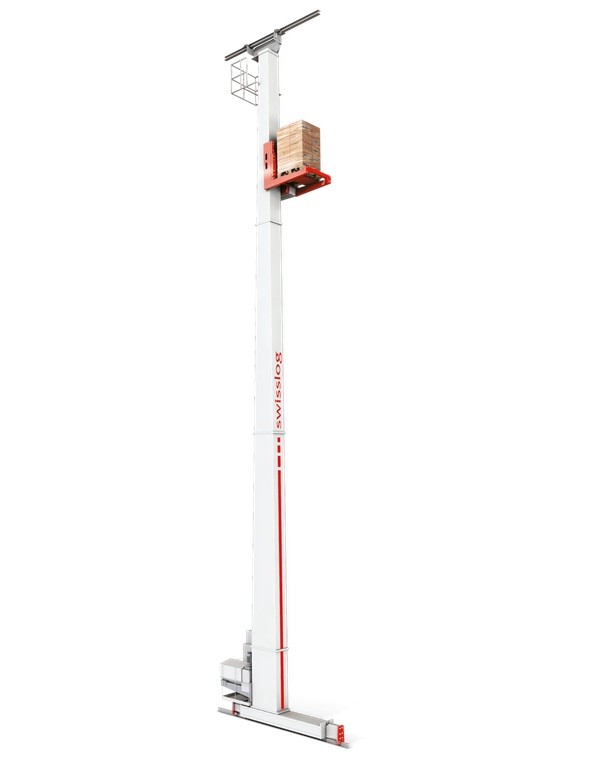 The storage density and cell depth are different for each application and depend on various factors such as variety and rotation of stock-keeping units (SKUs). The spacing from one rack level to another may be different; if it is the case, pallets of different heights will be handled in a system, and this distribution makes sense for the logistics.

The storage and retrieval tasks are executed by an automated crane that can move along the X and Y axis inside the aisles. The crane is equipped with attachments that extend in and out along the Z-axis to drop and pick pallets from the storage cells.

In some systems, there is a crane for each rack aisle and inbound and outbound positions at the ends of the aisle. This is called a fixed-aisle unit-load ASRS.

On the other hand, a system where a crane can move laterally and change rack aisles is called movable-aisle unit-load ASRS.

Mini-load ASRSs are meant for storing items in totes and trays (i.e., smaller products), and in many cases, pre-assemblies and other work in progress (WIP) materials. The logistics and automation are similar to unit-load systems, except for the design of the carriage attachment for handling totes and trays.

In these systems, shuttles or bots are used for material handling tasks. The shuttles move into dedicated tracks built into the racking structure to store or retrieve boxes, totes, or trays with items in them. Products can be sent outbound to a picking station, another conveyor system, or point-to-point for warehouse consolidation.

Different configurations of the racking structure allow the shuttles to move vertically or horizontally along the perimeters and then into the storage cell. Bot-based systems operate similarly to shuttle-based ones. The difference is the mobile machine itself has a more complex control system that can make more efficient decisions. The bots used in these systems are called AMRs (autonomous mobile robots).

Due to their compact size, these systems are finding wide acceptance in the micro-fulfillment industry. Store chains and other direct-to-consumer businesses are increasingly integrating these ASRS, yielding higher throughput while (in most cases) utilizing existing floor space at the store or warehouse.

Virtual life modules (VLMs), as the name indicates, are modular. These are enclosed systems that serve a specific function within a production or warehouse facility. VLMs consist of two tray columns and a device that moves up and down the columns to extract items and then send them to a picking station. 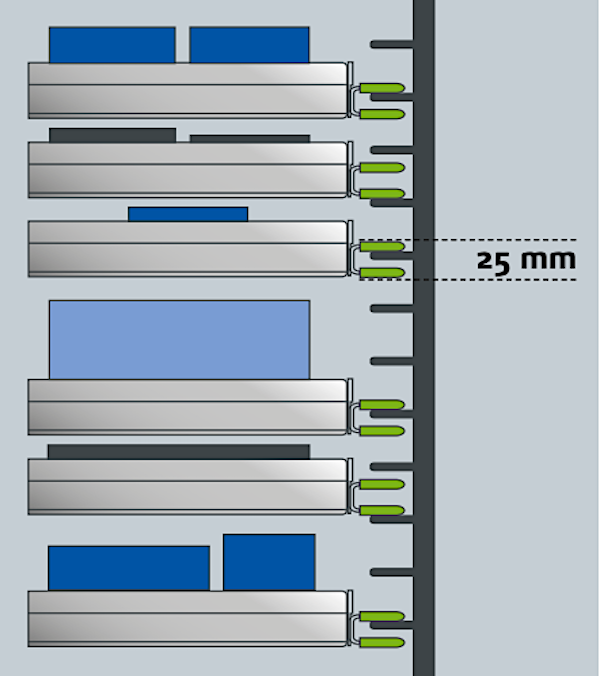 These systems are widely used for storing and immediate access of change parts in a manufacturing setting. Besides floor space optimization, one important advantage of VLMs is that they can be integrated with higher-level applications, such as the ERP, to automatically track item inventory levels and consumptions.

In carousel-based ASRSs, it is the storage locations that move. These systems consist of automated carriages that can store bins, trays, and boxes. There are carousel systems where the carriages move vertically and others where they move horizontally. The vertical configuration is preferred in facilities where the ceiling is high (12 ft or higher). 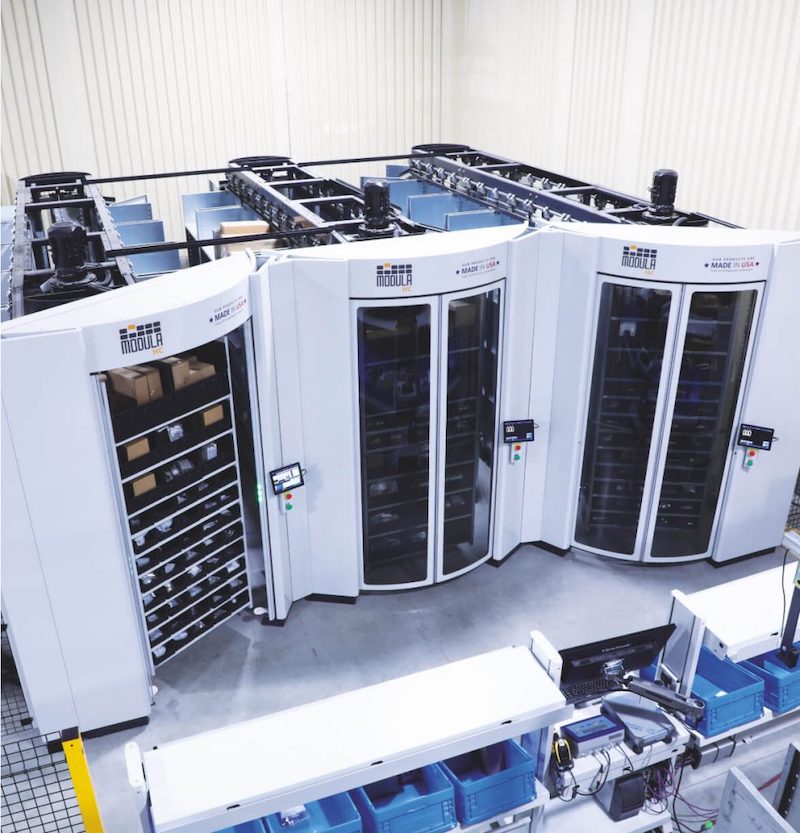 On the other hand, horizontal carousels are more suitable in facilities where the ceiling is low (12 feet or less), but higher throughput is required. They also provide easier emergency access to items in case of a system failure.

ASRSs use X, Y, and Z-axes to increase productivity and throughput in a facility. Based on the warehouse and its needs, different types of ASRSs can be used. The main types are unit-load, mini-load, shuttle or bot-based, VLMs, and carousel-based ASRS. Each type has its advantages and disadvantages. Which type of ASRS does your warehouse use?