Learn the basics of DC/DC converters and their uses in industrial automation.

Power electronics is a field of electrical engineering that deals with electronic circuits to convert and control electric power. It is an extremely important field with wide-reaching applications since virtually every modern device is equipped with some form of a power electronics circuit. Some of the most common electronic components used for power conversion are diodes, rectifiers, transistors, thyristors, SCRs (silicon-controlled rectifier), and MOSFETs (metal-oxide-field effect transistor). 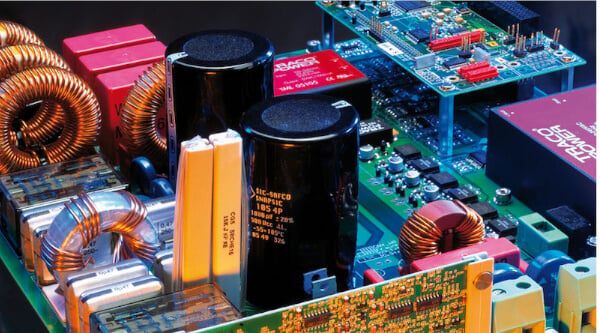 Electric power converters are designed to change the main characteristics of electric power, such as current, frequency, and voltage. Naturally, the basic form, whether alternating current (AC) or direct current (DC), is another key parameter, which can also be modified from input to output.

These capabilities enable power electronic systems to regulate a broad range of non-electrical variables, such as temperature, motor speed, and radio frequencies. This article focuses on DC/DC converters, which possess all of the features described before, with the main difference being that the electric power form is always DC.

What is a DC/DC Converter?

A DC/DC converter takes power in DC form and outputs a modified voltage level while staying in DC form. The output voltage can be higher or lower than the input. They are also commonly known as voltage regulators. These devices regulate the output from a power source that may not be stable or constant, such as those found in battery-operated systems.

DC/DC converters are normally rated based on input and output voltage and current. Although many converters have a fixed output rating, some allow adjustment of the output within a range. Most converters count with a single output, but there are also options with dual and multiple outputs. Based on the primary function, they may consist of inductors, diodes, rectifiers, and filters. 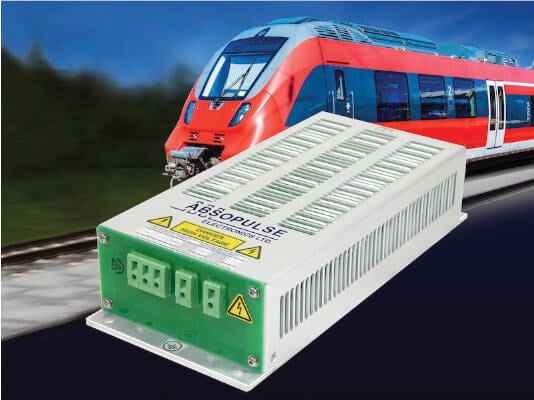 For an efficient process, voltage regulator circuits employ power electronics to reduce noise and maintain a constant output. Well-designed regulators have an efficiency rating of 90% or above, which is an important consideration to reduce power loss and heat dissipation.

DC/DC converters can be classified into two main groups: linear and switching.

Linear regulator devices function similar to a voltage divider, maintaining a modified constant voltage at the output. A major disadvantage of these regulators is the inefficiency, as nearly all the difference between the input and the regulated output is lost as waste heat. On the other hand, switching regulators work more efficiently by switching the output on and off as needed instead of permanently on output.

There are two main types of DC/DC switching converters: isolated and non-isolated.

The latter are used primarily when the voltage change between the input and output is relatively small. Input and output are not isolated from each other because they share a common ground. Conversely, isolated converters are designed to physically separate the input from the output, providing higher protection against interference and supplying a more reliable output. Below are some of the most common types of converters in each category. 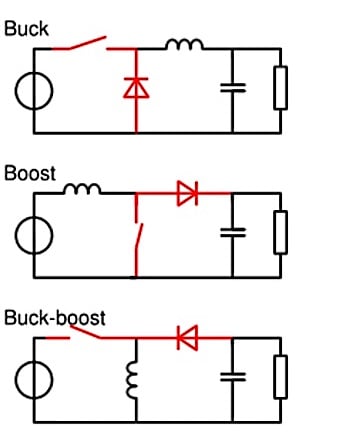 As mentioned, DC/DC converters have a wide range of applications, including industrial automation. A large number of field devices require 24V supply power. For instance, electrical panels are equipped with DC/DC step-down converters that lower the voltage from the main power supply. Some field devices not only require this voltage level but are also sensitive enough to need a clean and stable energy supply, which is another reason for integrating a converter. 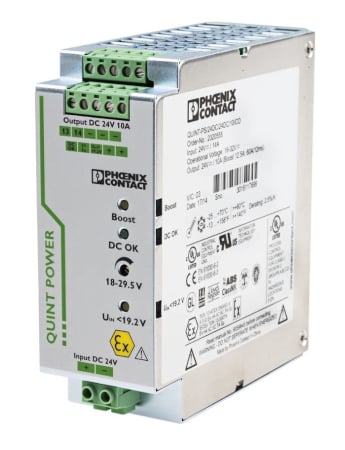 There are numerous battery-powered automation applications where it is crucial to integrate DC/DC converters for maintaining a constant power supply to small devices. As a battery discharges, voltage levels gradually drop. Battery voltage is also subject to sudden drops due to unexpectedly high energy demands to the controlled equipment. Mobile automated machines, such as autonomous mobile robots (AMRs) and laser-guided vehicles (LGVs), are examples of battery-powered robots that need DC/DC converters to guarantee a stable power supply to the programmable logic controller (PLC) and other control devices.