Application of Control Theory in the Event of Emergencies

Application of Control Theory in the Event of Emergencies

There is a control theory in mathematics which deals with control systems and in sociology dealing with the behavior of individuals in a society. This article looks at how everyday actions and interactions with others can be construed as part of a large control system.

Control theory deals with continuously operating dynamic control systems. The objective of a control system is to manage the machines and processes to provide optimal output or result without delay. To achieve this, different variables of a process are measured and compared against the reference point and corrective action is employed by the controller.

There is a control theory in mathematics which deals with control systems and in sociology dealing with the behavior of individuals in a society. Though they are in completely different fields, the core tenets of both the control theories are the same. Our everyday actions and interactions with others can be construed as being part of a large control system.

Emergency as a Control System

An emergency is defined as a serious, unexpected, and often dangerous situation requiring immediate action. Currently, the world is going through a situation that checks every box needed to be considered an emergency. An unforeseen event, in the form of a novel virus, has taken control of 75% of the planet. World leaders caught unprepared have been seen scrambling for information, resources, and equipment. The world has come to a grinding halt due to something that can only be seen through a microscope.

Identifying ‘Patient 0’ in every location and the slew of misinformation that can be propagated at the touch of a button adds to the complexity of handling a novel virus. Contingency plans that were in place don’t seem to scale to the threat posed by the virus. Every government has been forced to respond and adapt to the pandemic on a minute-by-minute basis — a perfect scenario for the application of control theory.

An emergency presents itself in a myriad of ways. We can broadly classify an emergency into two categories based on the time required to identify the gravity of the emergency. In the event of a pandemic, like the one we are facing right now, it takes a while to recognize the real scale of the epidemic. In the case of natural disasters like an earthquake or tsunami, the gravity of the situation will be realized immediately. Other natural calamities like floods, droughts, and hurricanes can be tracked with a great degree of certainty and very accurate predictions can be made using the available data.

When faced with an emergency, time is a key construct to be considered in the equation. The more time an emergency takes to actualize, the better prepared and equipped we can be when facing the calamity.

The next crucial factor that needs to be tamed is information. A special emphasis has to be given to the reliability and relevance of the available information.

In the event of an earthquake, a good seismograph can measure the severity of the quake using the Richter scale with high reliability. But from a disaster mitigation point of view, the number of deceased, the number of people trapped in the rubble, and the areas where the most people are trapped would be much more desirable but less reliable in the first hours after the disaster struck.

In the event of a pandemic, collecting data is as difficult as it is crucial. Determining the number of morbidities and fatalities is easier said than done and relies on the acquisition of data by epidemiologists who are tasked with determining its scope and veracity. To an extent, an engineer modeling this data must rely on the trustworthiness of the information they're provided, which can't always be guaranteed.

Creating a Theoretical Model or Plan

Depending on the type of emergency faced, authorities might need a model, a plan, or both. In quick emergencies, like natural disasters, creating models are of little use. An immediate disaster mitigation plan is necessary in the scenario with the available information. Utilizing a plan enables the allocation of men, materials, and resources as soon as possible to the disaster-struck region.

In pandemic-like situations, models are crucial. Creating models helps determine the scale of the plan that needs to be put in place or whether there is a need for an elaborate plan at all. In such scenarios, as new information arises, the existing model needs to be altered and an alternate plan needs to be chalked out. Because the information will definitely change as time goes on, the model and the plan need to evolve constantly.

In an emergency situation, information, models, and plans are bound to change any minute. The concerned authorities always need to be expecting change and must remain agile throughout the duration of the emergency. For every measured element, input, and output to the system, a feedback loop must be employed to incorporate new information and correct any errors in the previous loop.

A decision tree is a tool used to analyze decisions that could be made based on potential instances in the future and possible courses of action that can be taken. This tool is commonly used in game theory applications and is currently widely used in machine learning algorithms. 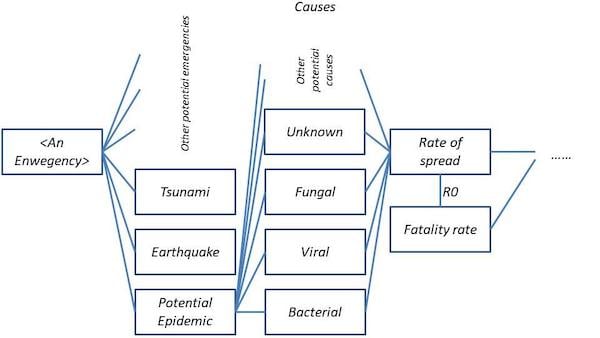 Figure 2. An extremely simple example of the first few steps of a decision tree in the event of an epidemic.

Decision tree analysis can be used as a tool for action in future emergencies. A decision tree can be made for almost all conceivable emergencies with simple inputs and the rest of the calculations worked out. This helps alleviate uncertainties, making decisions a faster, simpler process, drastically improving the response time in case of an emergency and minimizing the confusion and chaos. The schematic may seem complex, but only one path at a time needs to be taken into consideration. Decision trees should be made in advance, not at the cusp of an emergency.