The dispersion of visible light into its constituent colors goes all the way back to the 17th century with Isaac Newton’s experiments, taking a glass prism and generating the characteristic “rainbow” of colors: 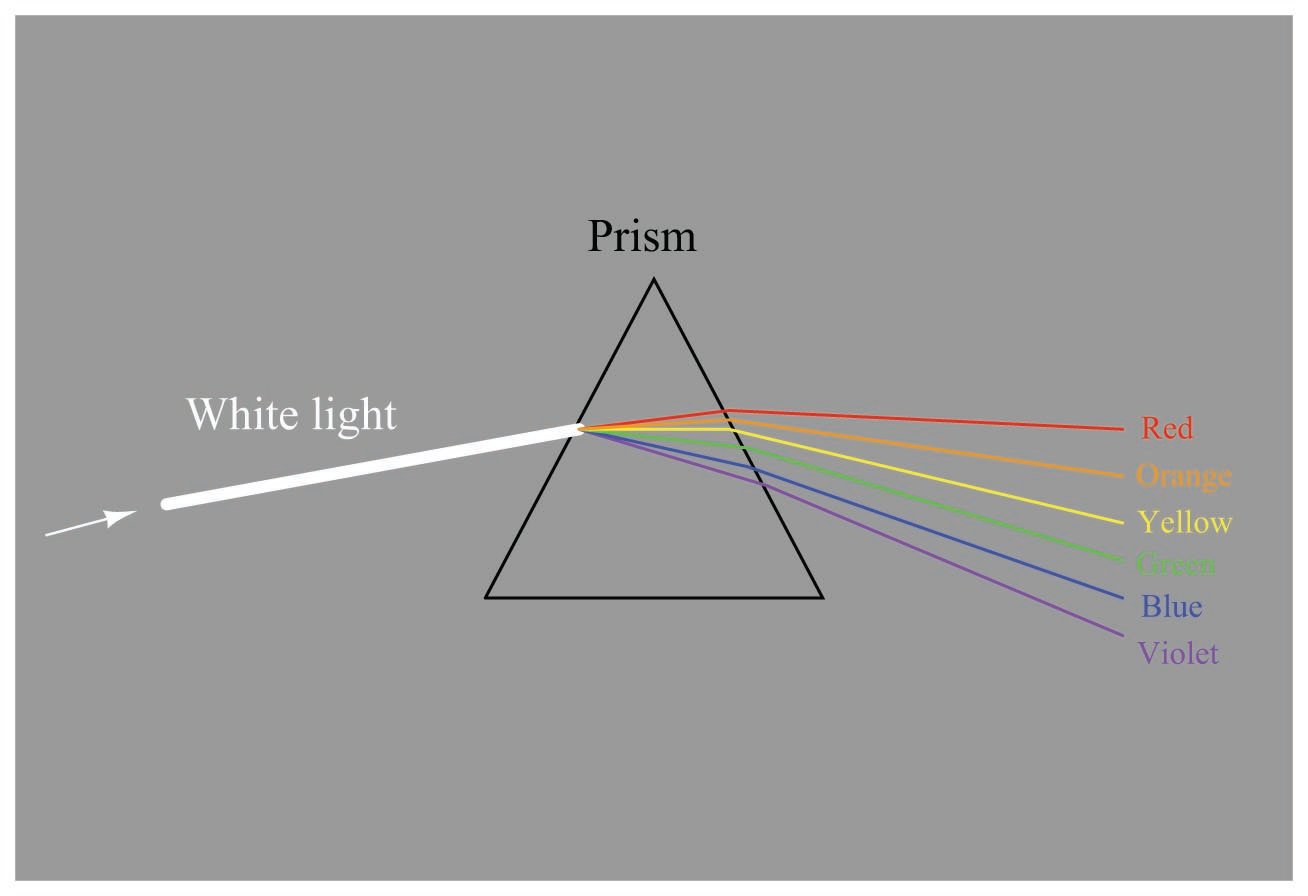 A modern variation on the theme of a solid glass prism is a thin diffraction grating, causing the light of different wavelengths to “bend” as they pass through a series of very thin slits: 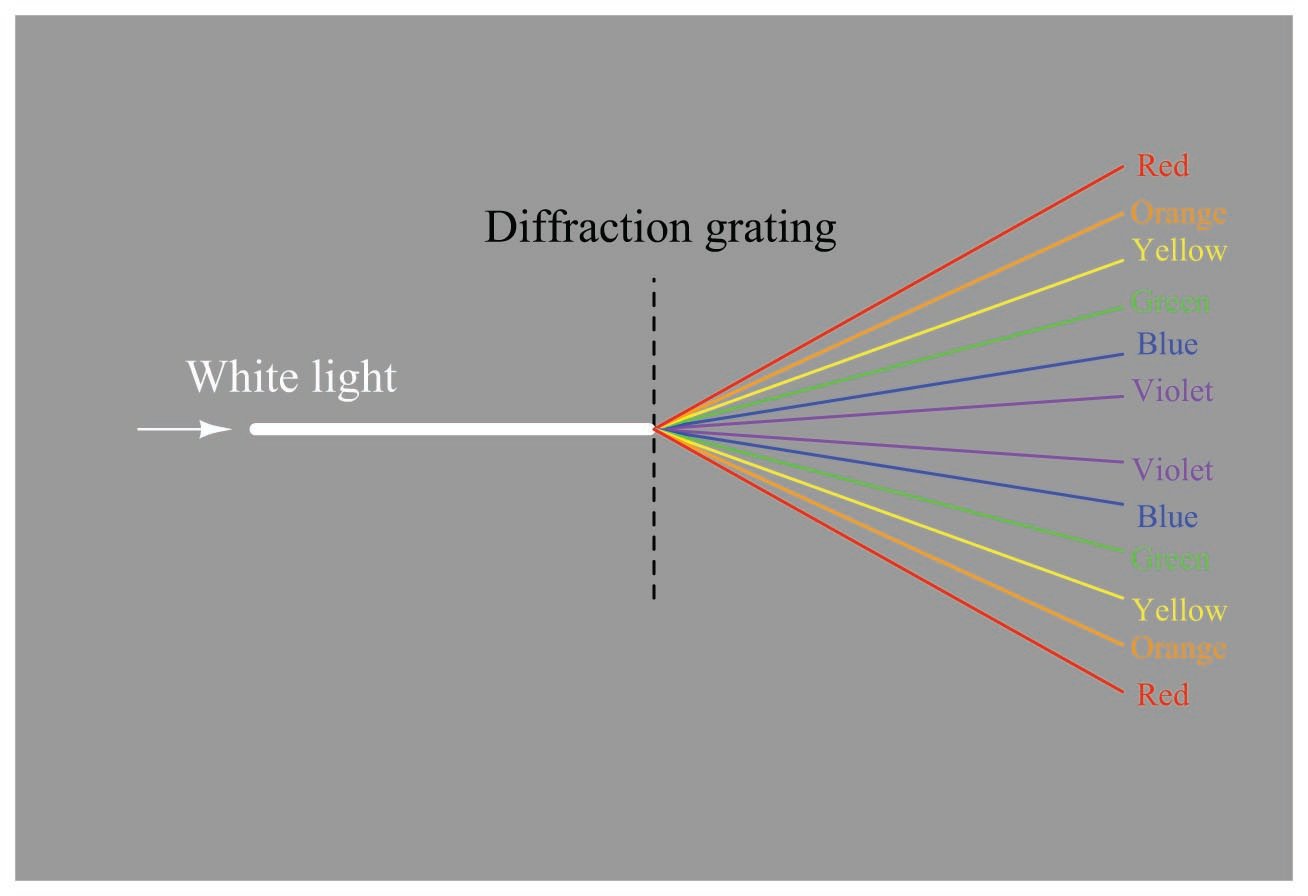 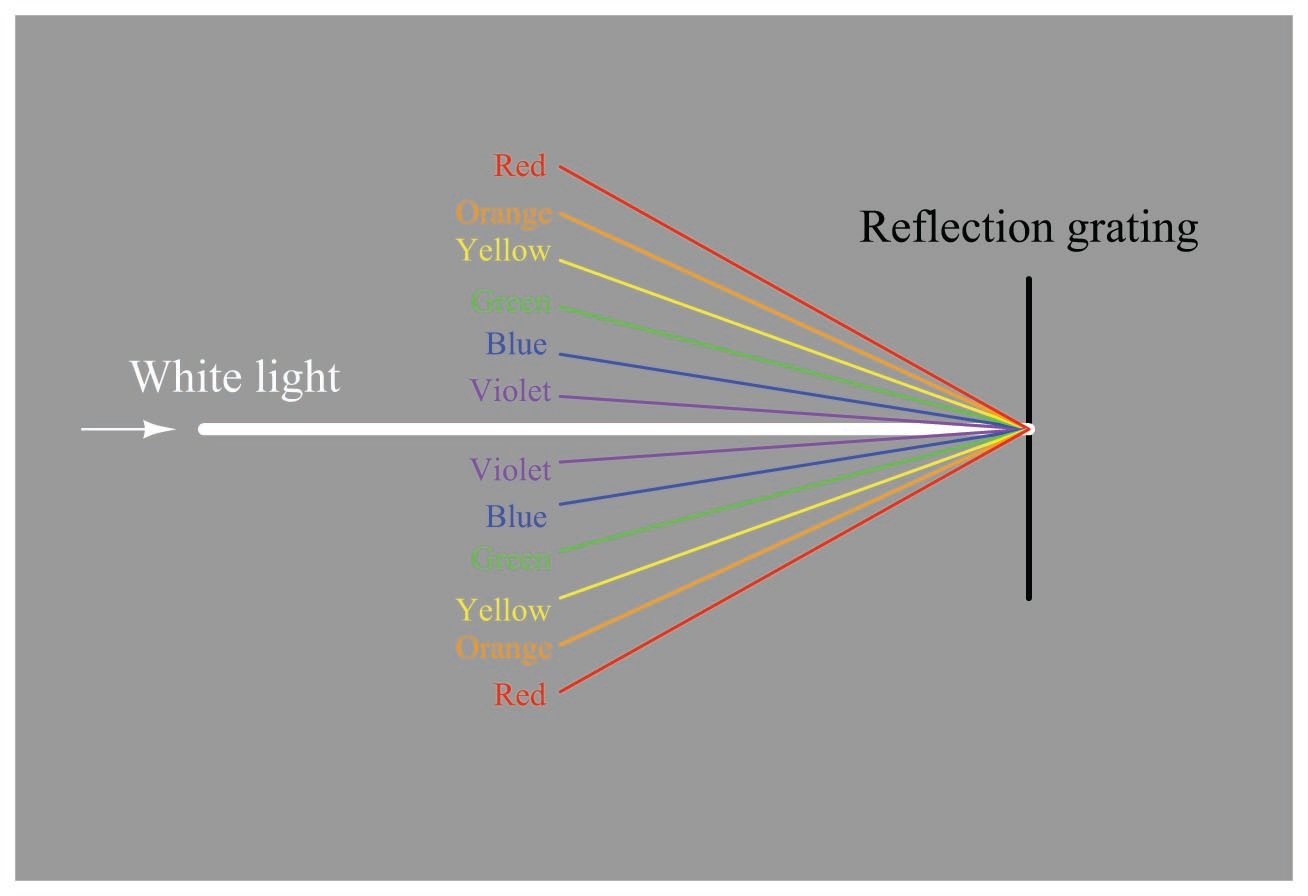 In 1814, the German physicist Joseph von Fraunhofer closely analyzed the spectrum of colors obtained from sunlight and noticed the existence of several dark bands in the otherwise uninterrupted spectrum where specific colors seemed to be attenuated. Later that century, experiments by the French physicist Jean Bernard Léon Foucault and the German physicist Gustav Robert Kirchoff confirmed the same effect when white light was passed through a vapor of sodium. They correctly reasoned that the sun’s core produced a continuous spectrum of light (all wavelengths) due to its incredibly high temperature, but that certain gaseous elements (including sodium) in the cooler, outer “atmosphere” of the sun were absorbing some of the wavelengths to cause the Fraunhofer lines in the observed spectrum. These scientists noted the same patterns of absorption (dark lines) in the sun’s spectrum that appeared in laboratory absorption tests with sodium. The implication of these scientists’ experiments is truly staggering, as they were able to correctly identify gaseous elements in sample 93 million miles distant from Earth!.

This sort of spectrographic analysis is called dispersive because it relies on a device such as a prism or diffraction grating to disperse the different wavelengths of light from each other so they may be independently measured.

A dispersive analyzer for process fluids would be constructed in this manner, introducing incident light to a windowed sample chamber where some wavelengths of that light would be attenuated by interaction with the process of fluid molecules. In this illustration, the sample gas absorbs some of the yellow light wavelengths, resulting in less yellow light reaching the detector array: 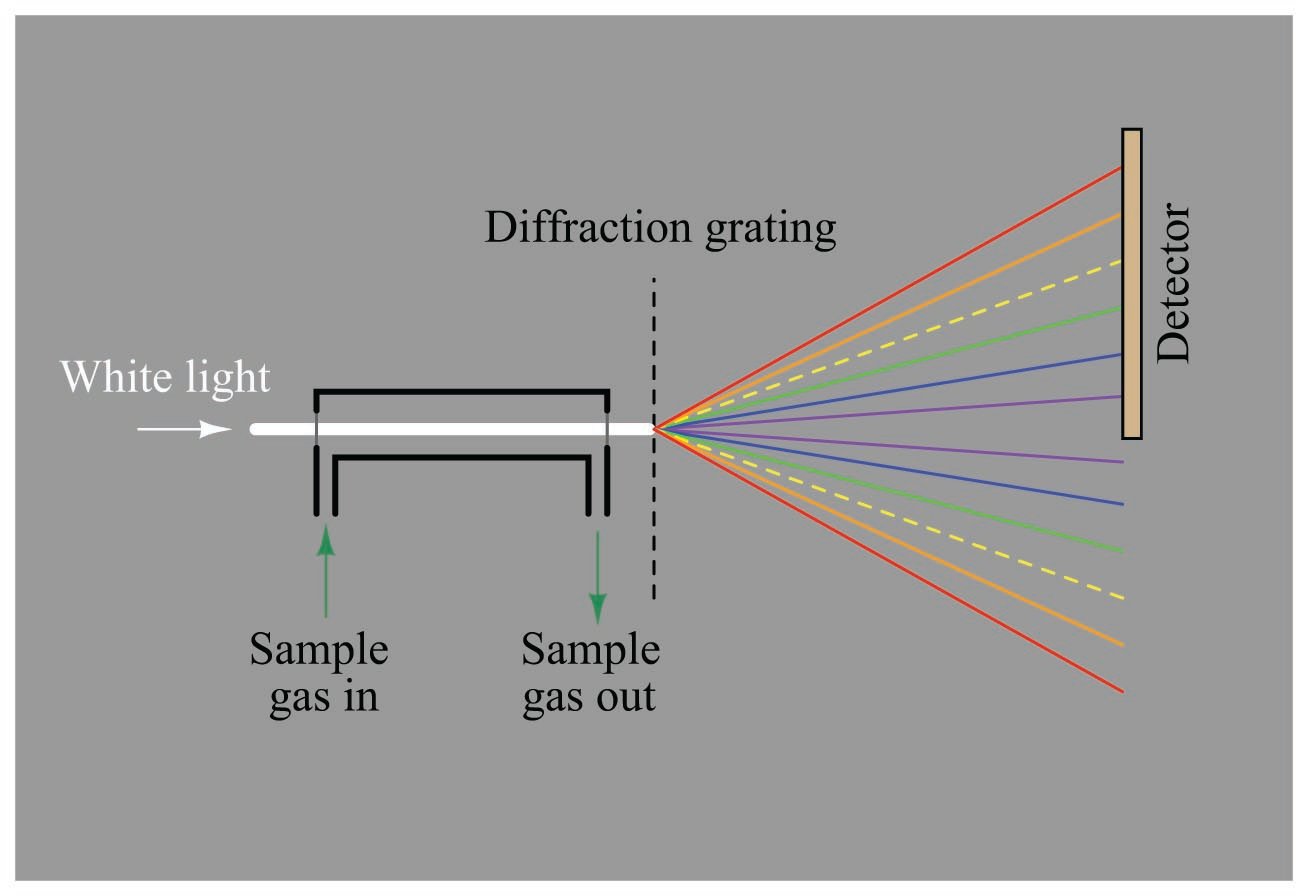 A necessary component of any dispersive analyzer is a computer connected to the detector array with the ability to recognize all expected emission spectra patterns and quantify them based on the relative strengths of the detected wavelengths. This is a level of sophistication beyond most industrial measuring instruments at the time of this writing (2015), which is one reason dispersive analyzers are not as popular (yet!) for industrial process use. However, once such a computer and necessary software are in place to perform the analyses, measurement of multiple substances from the same absorption spectrum becomes possible. Like chromatographs, dispersive optical analyzers naturally function as multi-component measurement devices.