A very simple device used to measure pressure is the manometer: a fluid-filled tube where an applied gas pressure causes the fluid height to shift proportionately. This is why pressure is often measured in units of liquid height (e.g. inches of water, inches of mercury). As you can see, a manometer is fundamentally an instrument of differential pressure measurement, indicating the difference between two pressures by a shift in liquid column height: 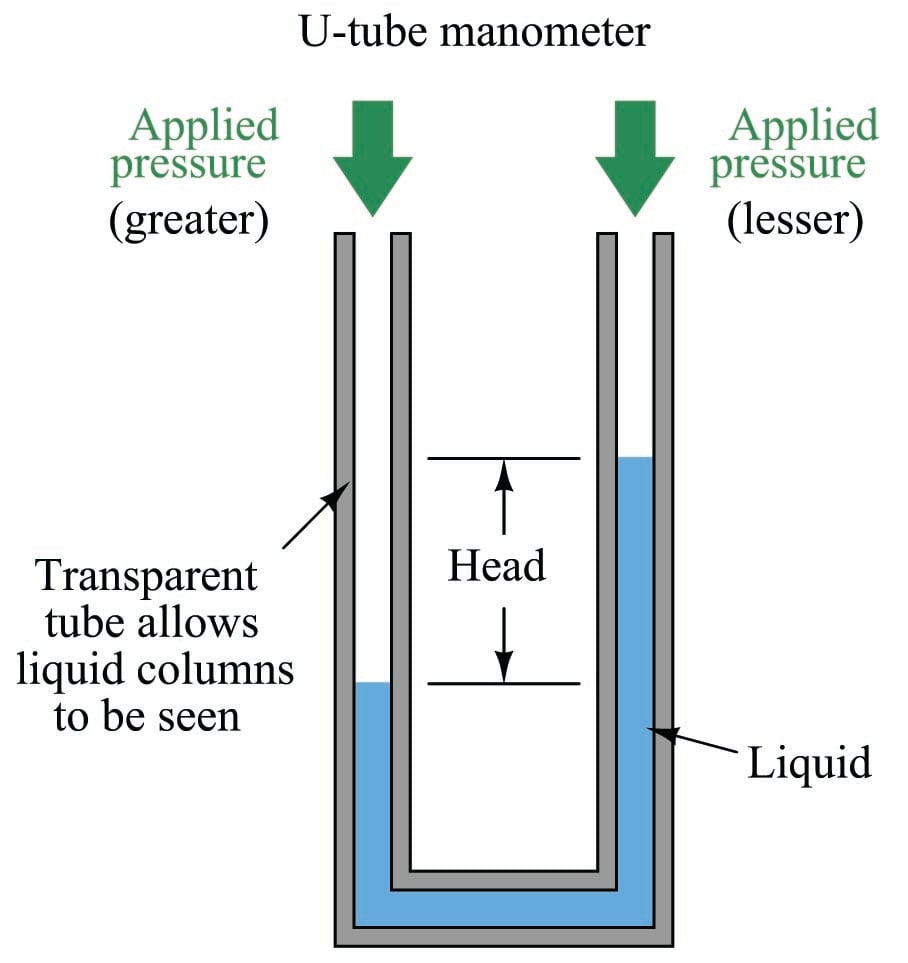 Of course, it is entirely acceptable to simply vent one tube of a manometer and use it as a gauge pressure instrument, comparing the applied pressure at one tube against atmospheric pressure in the other. 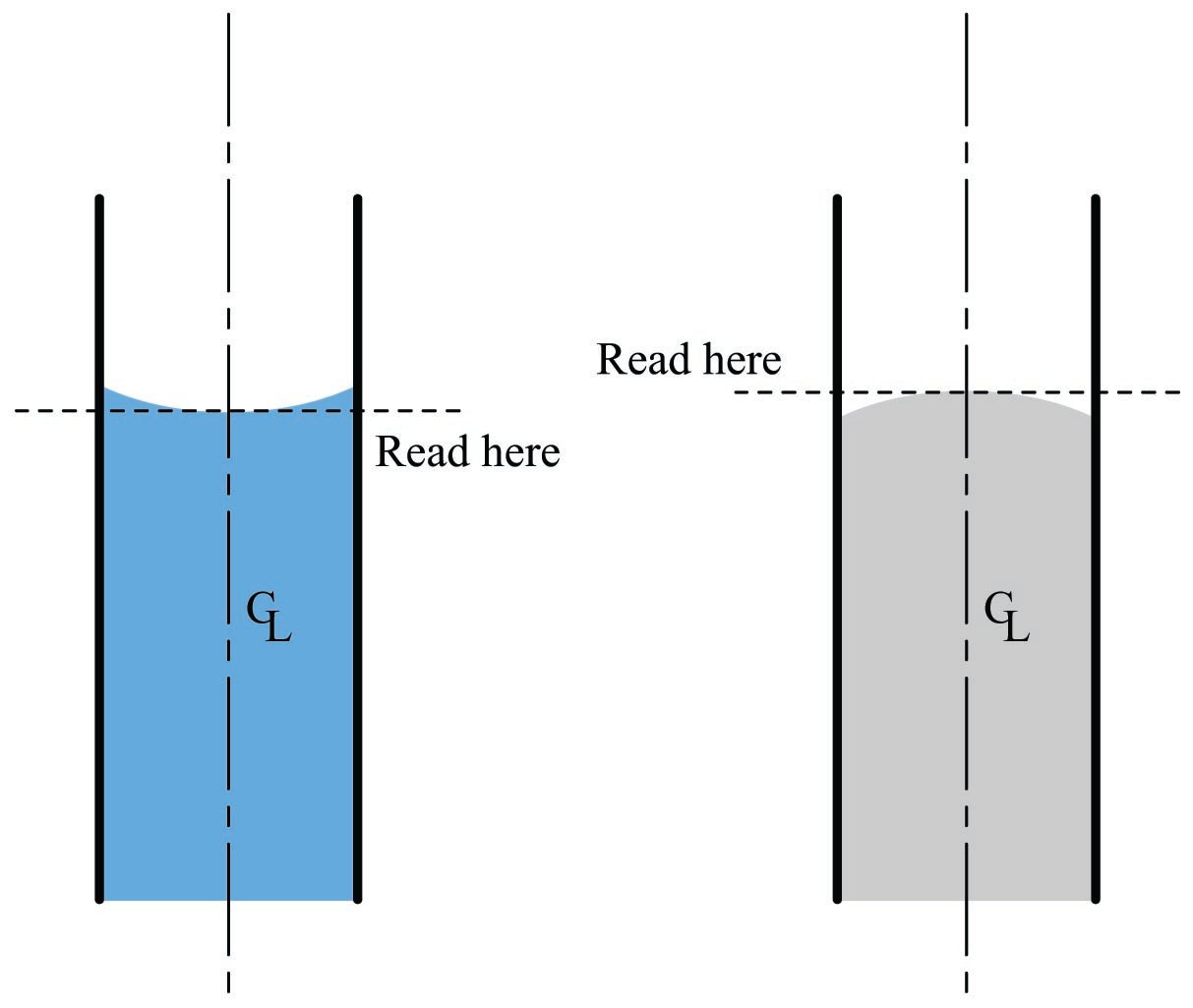 Manometers come in a variety of forms, the most common being the U-tube, well (sometimes called a cistern), raised well, and inclined: 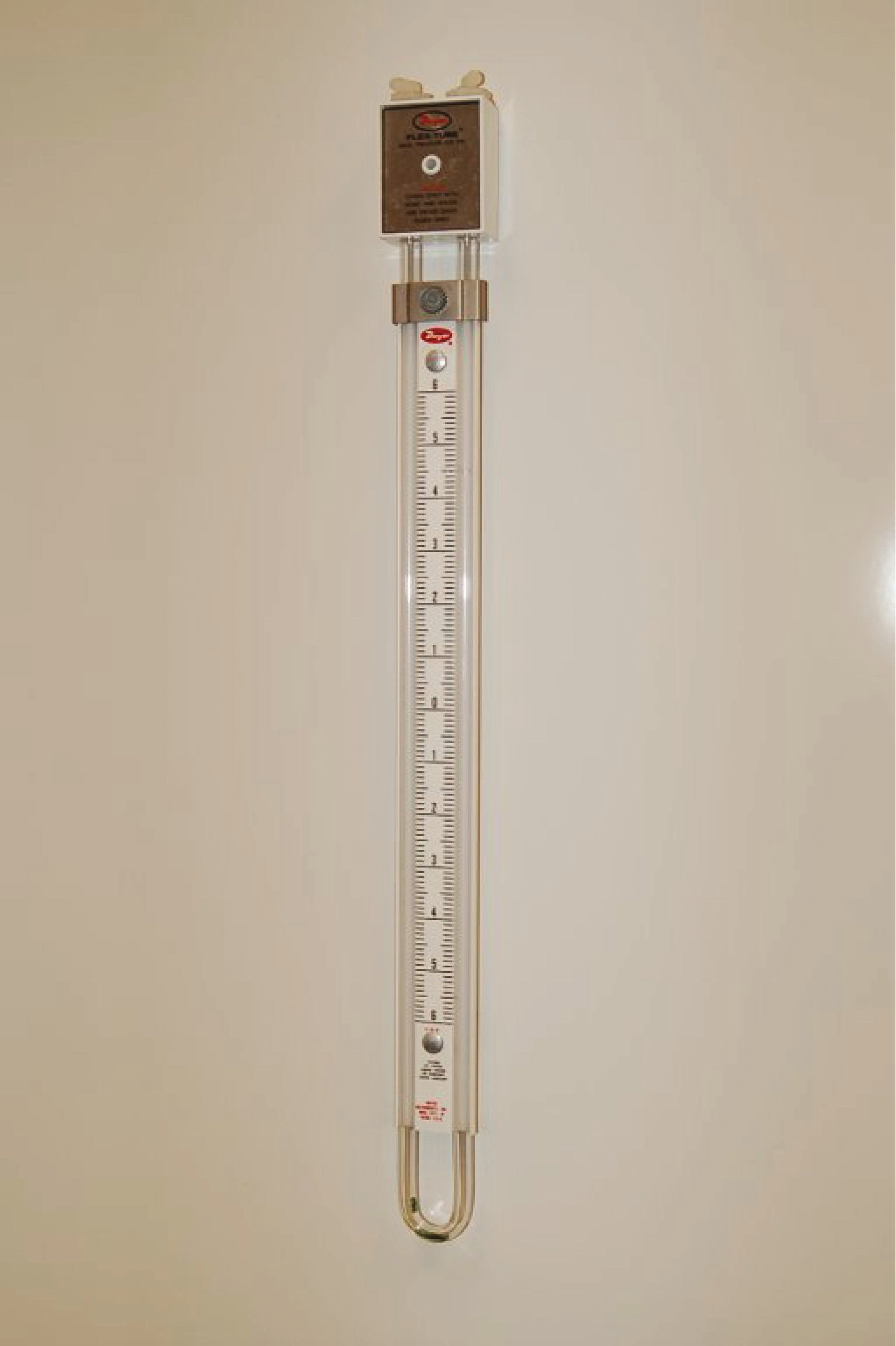 Inclined manometers are used to measure very low pressures, owing to their exceptional sensitivity (note the fractional scale for inches of water column in the following photograph, extending from 0 to 1.5 inches on the scale, reading left to right): 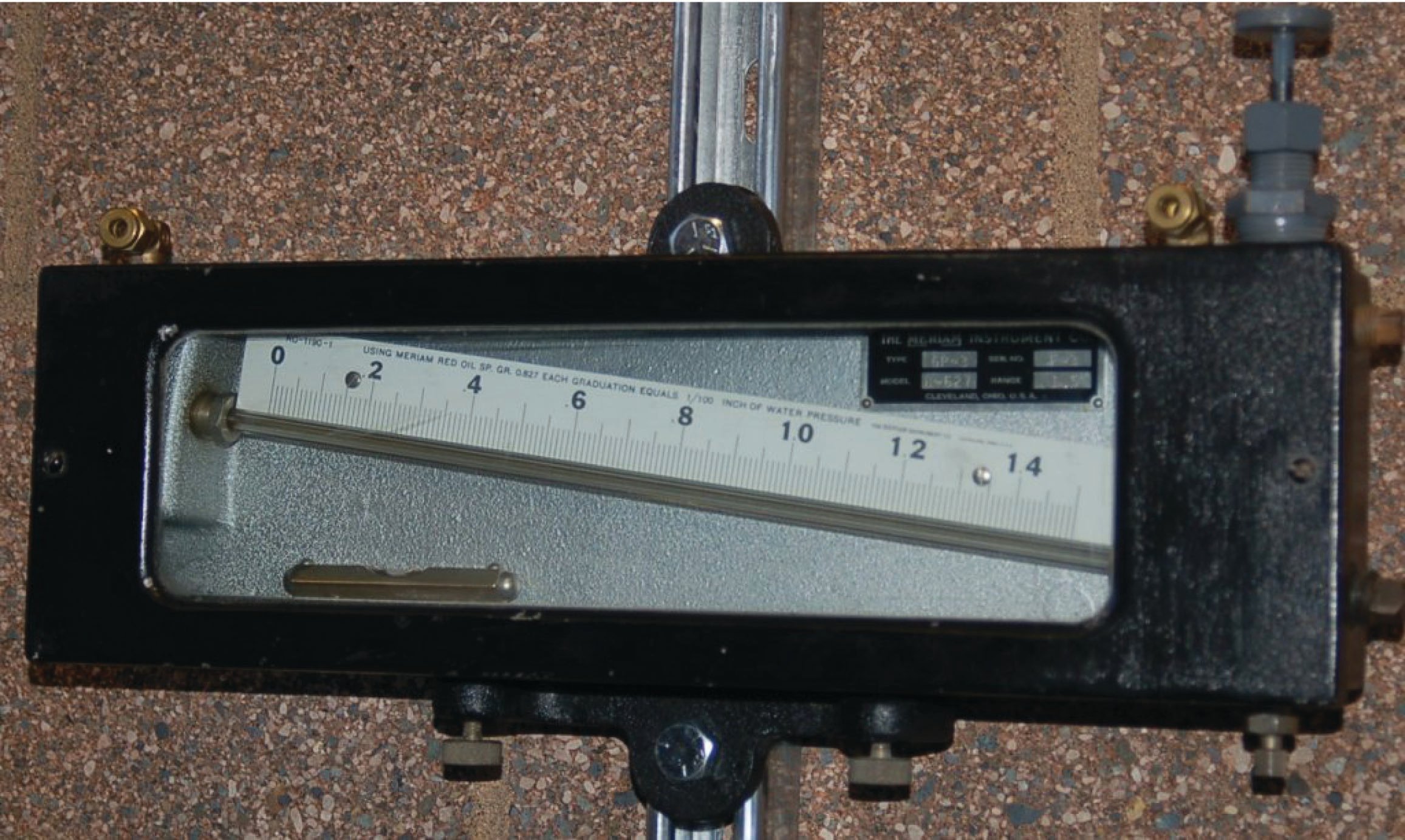 Note that venting one side of a manometer is standard practice when using it as a gauge pressure indicator (responding to pressure in excess of atmospheric). Both pressure ports will be used if the manometer is applied to the measurement of differential pressure, just as in the case of the U-tube manometer first shown in this section. Absolute pressure may also be measured by a manometer, if one of the pressure ports connects to a sealed vacuum chamber. This is how a mercury barometer is constructed for the measurement of absolute ambient air pressure: by sealing off one side of a manometer and removing all the air in that side, such that the applied (atmospheric) pressure is always compared against a vacuum.

Manometers incorporating a “well” have the advantage of single-point reading: one need only compare the height of one liquid column, not the difference in height between two liquid columns. The cross-sectional area of the liquid column in the well is so much greater than that within the transparent manometer tube that the change in height within the well is usually negligible. In cases where the difference is significant, the spacing between divisions on the manometer scale may be skewed to compensate.

Inclined manometers enjoy the advantage of increased sensitivity. Since manometers fundamentally operate on the principle of pressure balanced by liquid height, and this liquid height is always measured parallel to the line of gravitational pull (perfectly vertical), inclining the manometer tube means that liquid must travel farther along the tube to generate the same change in (purely) vertical height than it would in a vertical manometer tube. Thus, an inclined manometer tube causes an amplification in liquid motion for a given amount of pressure change, allowing measurements of greater resolution.