CEVA is a licensor of key technologies for smart-sensing and wireless communication. Their sensors and devices are used in various markets, including industrial, mobile, consumer, and IoT applications.

One of their latest products is the MotionEngine Scout, which uses Hillcrest Labs MotionEngine sensor processing software system to provide dead reckoning position tracking to improve the performance of indoor autonomous robots.

Intelligent autonomous robots use SLAM (simultaneous localization and mapping) algorithms to build maps of unknown environments and localize the robot within that map. vSLAM is a version of SLAM that relies on visual data and LiDAR (Light Detection and Ranging) to achieve localization.

The problem with conventional SLAM and vSLAM approaches lies in the fact that LiDAR and cameras do not always work well when the environment is difficult to track. This can occur when there are obstructions, poor lighting, or fast movements, common in many indoor robotic applications.

In such situations, dead reckoning depends on data from sensors such as optical encoders on the wheels, IMUs (Inertial Measurement Units), and optical flow sensors to keep track of the robot's position in the environment.

Robots that depend solely on dead reckoning face their own issues. The accuracy of optical flow measures is dependent on surfaces. Wheel encodes can report inaccurate data when wheels slip, and IMUs are sensitive to changes in temperature. 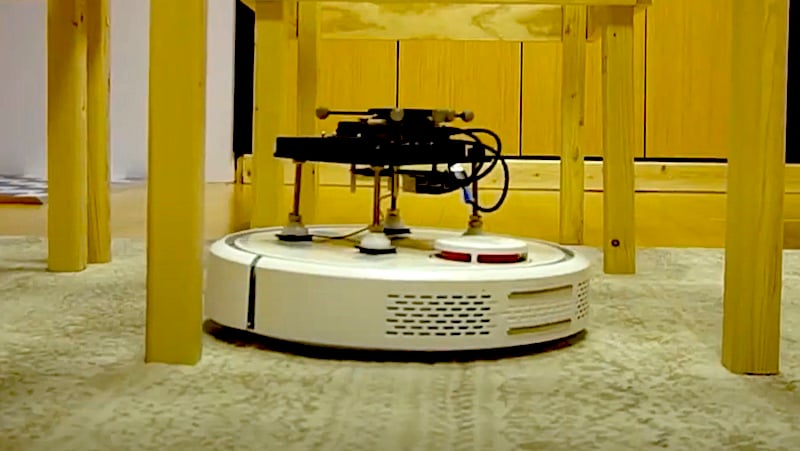 A look at the MotionEngine Scout and some of its sensing capabilities. Screenshot used and modified courtesy of CEVA

By combining data and implementing dynamic cross-calibration of the sensors, the MotionEngine Scout aims to eliminate the reliance on indoor autonomous robots on cameras and LiDAR systems. It does this while providing more reliable performance and highly accurate navigation (according to CEVA, reducing trajectory error by a factor of 5x in challenging scenarios).

Key to its achievements is the sensor data fusion and the ability to use that data to dynamically calibrate the sensors so that dead reckoning position data remains as accurate as possible.

Alternative to SLAM and LiDAR Systems

In addition, the MotionEngine Scout provides flexibility in the types of MEMs that can be used. It does not require customized sensors or cameras. It can also provide a cheaper alternative to LiDAR and camera-based navigation and offers simplified integration.

According to CEVA, MotionEngine Scout is available for evaluation. Keep in mind that this product is also of interest to OEMs developing autonomous indoor robotic products, ranging from automated home vacuum systems to advanced AMRs used in indoor industrial settings such as factories or warehouses.