Fuel cell testing and simulation is a complex topic with many different meanings. As hardware-in-the-loop (HIL) simulation becomes more advanced in industry, companies like Elektro-Automatik are finding ways to help develop and test hydrogen fuel cells for clean energy processes. 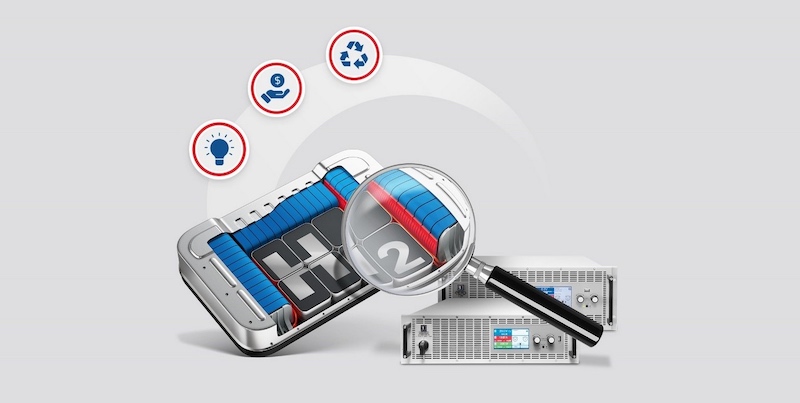 Both the PSB series power supplies and ELR series electronic loads incorporate function generators with arbitrary waveform generation. These features support direct testing of the fuel cells and also testing of the devices that they will power. The built-in waveform generator can be used for perturbation testing and determining fuel cell resistance. Both the PSB supplies and ELR loads can test the durability and performance of fuel cells by varying the dynamic load.

The PSB supply can add ripple and noise to its output. This can be used for determining the performance of a fuel-cell-powered device under a variety of supply conditions - mimicking the variation that would be seen from a fuel cell under different operational environments and changes that can occur over time, with temperature and under different loads.

The 2-quadrant PSB series power supplies can serve as both a source and a load when required. When used as a load, PSB supplies and the ELR loads are regenerative loads. This means they can circulate absorbed power back to the grid with over an estimated 96% efficiency. This efficiency can lower instrument cooling requirements, which may further reduce energy consumption. 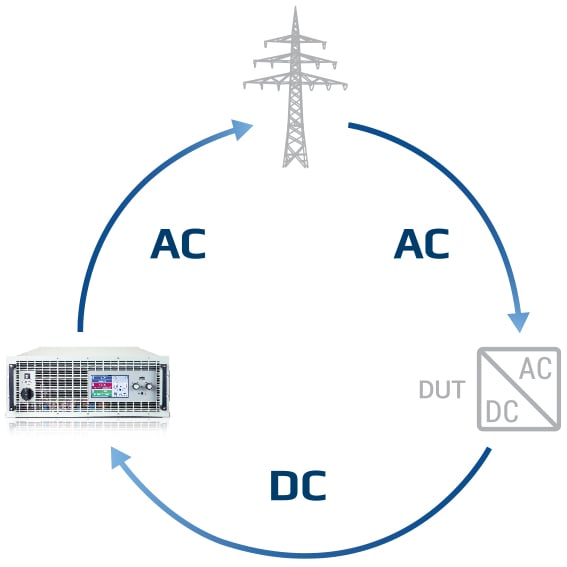 The instrument can also be made smaller for a given power capacity, which can save space. When considering higher power kW loads, regenerative energy recovery may help customers save on utilities and improve the instrument life-cycle.

In a news release, the CEO of EA Elektro-Automatik, Markus Schyboll, commented, “In response to the demand for clean energy, the market for fuel cells is growing at a compound annual growth rate of 26.4% and is projected to reach $848 M by 2025. Uses for fuel cells include power generation for commercial vehicles such as buses and forklifts, backup power generation systems, and military power sources.”

Autoranging power supplies can provide a greater range of operation than a typical supply. EA Elektro-Automatik’s PSB supplies are designed to provide a wider range of voltage (from 0 – 60 V or 0 – 2000 V) and current output (which can be at 30 V and up to 1000 A with the 30 kW supply). When using these power supplies, engineers don’t need to increase the size of the supply or load to achieve a higher voltage or current. Using multiple power supplies or loads in parallel can provide support for over 1.92 MW of power.

Users can set up EA Elektro-Automatik’s supplies and loads using a multi-color HMI touchscreen display with a language of choice. These languages include Russian, English, Spanish, French, Chinese, and German. Ethernet and USB interfaces come as standard and optional interfaces, including Profibus, RS-232, Profibus, Modbus, and CAN bus. The available interfaces allow control from a PC or a programmable controller. Specifically, the CAN interface allows instruments to communicate in an automotive control system.