The idea of completely automated factories has been a glimmer in technologists’ eyes for generations. With Industry 4.0, the pieces are finally in place to explore and implement this concept on a wider scale.

What is Lights-Out Manufacturing?

The term “lights-out manufacturing” refers to factories that can continue operating autonomously without humans being physically present. They’re also called dark factories because, at least for most processes, robots can carry out their programmed duties even with the lights off.

One popular example of a lights-out factory is situated in a forest at the foot of Mount Fuji in Japan. It’s a robotic factory operated by FANUC. There is a host of robots assembling thousands of other robots each month, with no human in sight.

In addition to the factory being lights out, it also does not require air conditioning or heat. Many lights out factories have these systems installed and only use them when absolutely necessary.

The places where lights-out factories are most common today are facilities where they are working with a high payload, toxic materials, severe temperatures, and harsh industrial environments.

What Are the Benefits and Challenges of Lights-Out Manufacturing?

From an engineer's standpoint, the benefits are clear. Lights-out factories:

While there are a number of benefits, it is important to recognize that true lights-out manufacturing isn’t as simple as “just add robots.”

A company called Makuta Micro Molding, has a lights-out facility that provides them with a number of benefits. The company specializes in injection molds. The company said the cost benefits are helping them manufacture globally. Additionally, the company can ensure defect-free parts and less downtime. 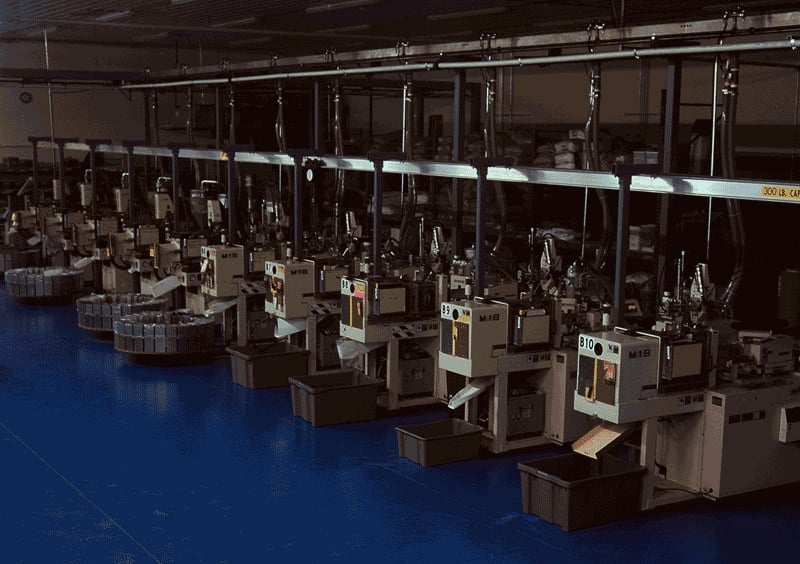 Dark factories must be designed from the ground up for end-to-end automation. That means all the assembly tools, material handling equipment, peripherals and control software must be compatible.

The machines in lights-out factories must also pass a series of tests to determine whether they’re capable of around-the-clock production. One metric used by manufacturers is called “four nines.” This means 99.99% of parts meet established benchmarks for quality — usually a failure rate of one part per million.

Some manufacturers choose a middle ground by automating only part of their factory or only certain processes.

This sometimes involves automating the night shift with robots that can maintain high quality and repeatability in low-risk or less-complex tasks. When employees appear during normal operational hours, they get to work on the jobs requiring human intuition or those carrying higher consequences for failure.

There’s no mistaking the first three industrial revolutions. They brought us steam power, then mechanization, then mass production using electricity. Industry 4.0 is all about big data, machine learning and the first forays into mass automation.

The line between Industries 4.0 and 5.0 is a bit more unclear, but dark factories exemplify the latter. Automation has already arrived in a big way, but going fully lights-out will bring us to the next stages of a true revolution in human labor.

One of the most troubling implications of lights-out factories involves the sometimes-difficult transition out of labor-intensive jobs into more technical, computer-related ones. There is already a vast and decades-old gulf between the productive and monetary value of human labor. What happens when it's worth nothing at all to employers?

Navigating this industrial revolution requires that we implement robust protections for workers displaced by automation. This includes job transition training and public-private initiatives to make high-quality STEM education far more accessible than it is today.

Nevertheless, this is the beginning of a promising future that control and automation engineers can adapt to their processes.

Do you know of any lights-out manufacturing facilities?