What features does the new measurement system provide, and how does the system work with SCADA?

Recently, Balluff announced their latest magnetostrictive long-range measurement system for harsh industrial environments and long-distance systems. But what is an LDPS?

An LDPS is an acronym for a long-distance position system which refers to any measurement system designed to work over long distances. Like any technology, positioning systems come in a wide variety of forms with different advantages and disadvantages.

The general rule of thumb is that the longer the positioning system, the less positional accuracy available. This is a result of needing to use systems where the position device and driving system are mechanically independent. 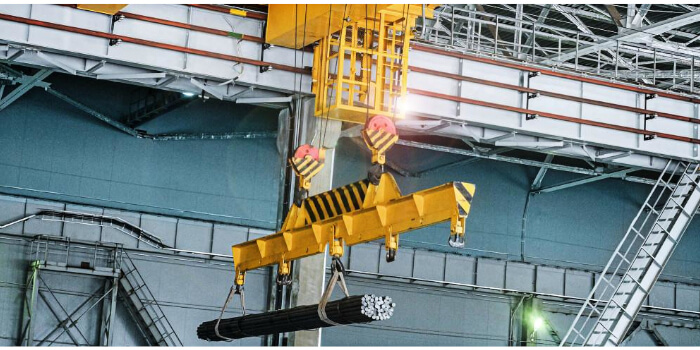 The long-distance position system is being used in industrial applications. Image used courtesy of Balluff

When developing positioning technologies for LPDS, there are several options available. The first option is lasers. These lasers can be used over distances of up to 150 meters (over 1km is possible with high-grade systems often found in the military).

Laser systems suffer from some drawbacks. These drawbacks can include the need for a reflective target, the need to measure at high speed, and the ability for objects to block the reflected light from being detected.

Another method that is increasing in popularity is magnetostrictive positioning. This positioning method operates very similar to laser-based systems. A long metal rod has a pulse of electricity sent down it, which creates a moving magnetic field. The measured target consists of a magnetic ring surrounding the rod, which opposes the moving magnetic field through the rod.

The long-distance position system is being used in industrial applications. Image used courtesy of Balluff

This opposition causes a mechanical torsion in the rod, which reflects back to the source of the pulse. This allows a strain sensor at the pulse source to determine the distance between the start and the position of the magnet (using d = st).

Recently, Balluff announced their LDPS designed with heavy industrial equipment in mind (such as cranes and transport systems). The new LDPS utilizes magnetostrictive technology that allows positioning of distances in excess of 250 meters while offering a repeat positional accuracy of 0.5mm. 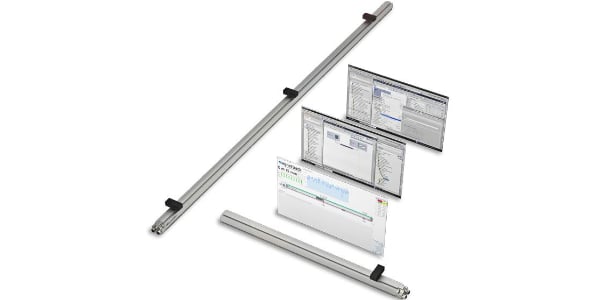 The operating voltage of the system is between 10V to 30V. It enables multiple connection interfaces, including Ethernet, ProfiNet, and SCADA. The system also comes in varying lengths, added together from 2000mm to 4500mm in 500mm steps.

The LDPS does not require a continuous rail to function, as it is low maintenance due to the non-contact nature of the encoders. It is also highly resistant to harsh industrial environments, with an IP rating of IP67.

The Balluff LDPS positioning system is designed for industrial applications that require positional accuracy while spanning long distances. For example, cranes that move products from one location to another generally do not require accuracy greater than 1mm. However, they do require positioning if automated.

As such, the Balluff LDPS could very easily automate item moving within industrial environments.

Overall, the Balluff LDPS can be well-suited for industrial environments that need to move heavy equipment along great distances while retaining positional accuracy.