Learn about some of the latest automation technology and updates to Bosch's industrial components including their robots and security platforms.

Bosch recently improved three of their industrial products. The first is their Intralogistics 4.0, which is an automated guided vehicle. They also improved their cartesian robot sizing tool, as well as the ctrlX Automation platform, which is an end-to-end automation security framework.

Automated guided vehicles (AGVs) are becoming more popular on factory floors due to their ability to quickly and efficiently move products around the assembly line. Intralogistics 4.0 has received a few new upgrades, one of which being increased safety due to the 3D obstacle detection. 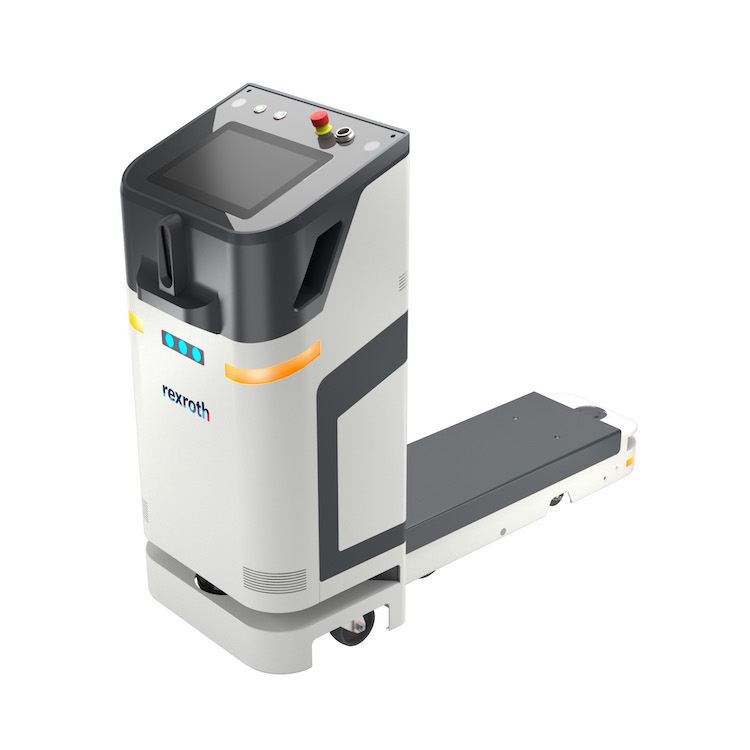 Having an AGV with 3D vision allows the system to be used in areas that cannot accommodate a predefined path or in confined spaces and can be safer for workers in the area. Intralogistics has received an upgraded touchscreen display that allows the operator to interact with the device easily, whether clearing faults, updating information, or reading job status.

The software behind the ActiveShuttle has also been given a facelift. ActiveShuttle Management System (AMS) is where the user manages jobs or the entire fleet. The AMS can transfer jobs via high-level IT management systems such as MES or ERP or through a built-in web-based interface.

Bosch is known for its linear servo motor-driven guides. Now, Bosch aims to make it even easier to design, configure and order multiple axis systems. It is quite common for engineers to combine multiple linear guides to create a cartesian robot that can pick parts and move them to another location.

Bosch has simplified the design process by creating five predefined combinations in multiple sizes within their LinSelect selection software. The designer selects one of the predefined configurations and sets parameters such as motion sequences, reference processes, service life, and precision. 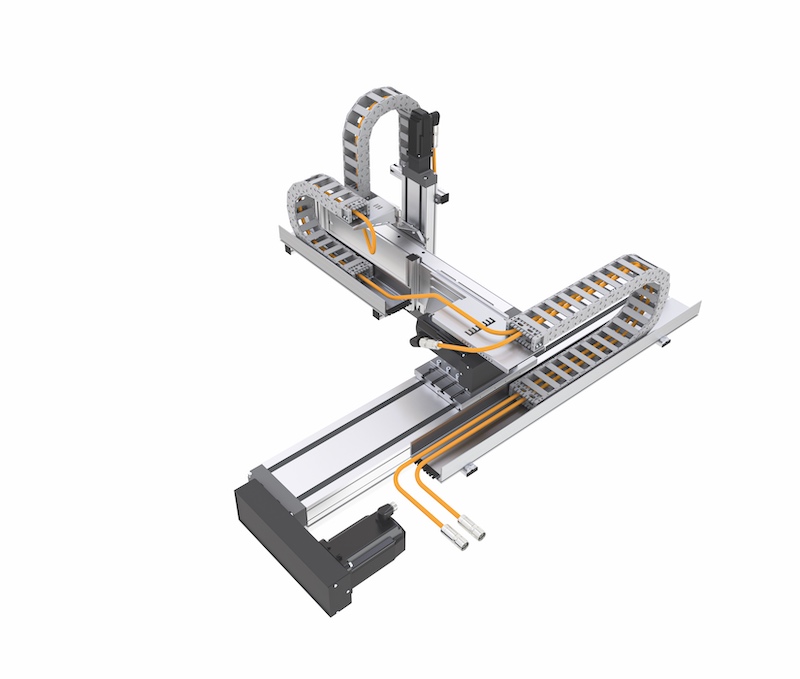 The software combines all the parameters and suggests all the mechanical drive systems, controllers, and motors. Installing and commissioning time has been reduced by simply delivering the selected components preassembled with cable management systems included. Even the motor encoder parameters are saved within the encoder memory, so there is no need for time-consuming servo tuning.

Another option Bosch has added is a Smart Function Kit which combined with the ctrlX Drive controller and control system turns a complex system of servo motors and encoders into a plug and play device. The system uses parameters and positions just like a six-axis robot to move around the predefined area.

With many factories exploring the world of IIoT, Bosch has developed both hardware and software with IIoT security in mind. Typically, network automation devices are not too concerned with network security because they usually reside on a private network, isolated from the internet or public networks. With more people working from home and more data being collected on machine efficiencies, having access to machine networks on public domains is an attractive option. 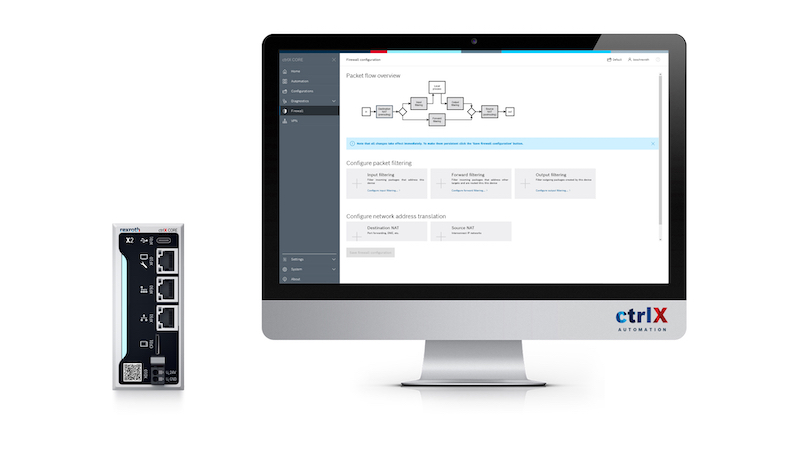 The ctrlX CORE consists of a secure network switch that allows the user to connect automation networks, IoT gateways, VPNs, or firewalls without compromising security. The ctrlX Automation is the software behind the hardware and is advertised as a “completely open system” meaning third-party applications are available to the end-user which provide a number of tasks. Typically this would mean serious security risks, but Bosch has provided a signature for each third-party application being offered, ensuring the user that each application is secure.

Bosch is hopeful that these new updates and features will help drive innovation into industrial automation and ultimately help engineers streamline their processes.