Recently, they announced a definitive agreement with asset optimization software specialist, AspenTech. The companies will merge their software units to create an industrial software company that can keep up with various markets, including automotive, mining, chemicals, utility, and more. The transaction is expected to close in 2022 and is subject to approval by AspenTech shareholders, regulatory approvals, and other customary closing conditions.

Under the agreement, Emerson said that it will be contributing $6 million in cash to “new AspenTech.” AspenTech will receive this in exchange for 55% ownership of the new company. As well as retaining the original company name, the current CEO of AspenTech, Antonio Pietri, will be positioned as the CEO for the new AspenTech. 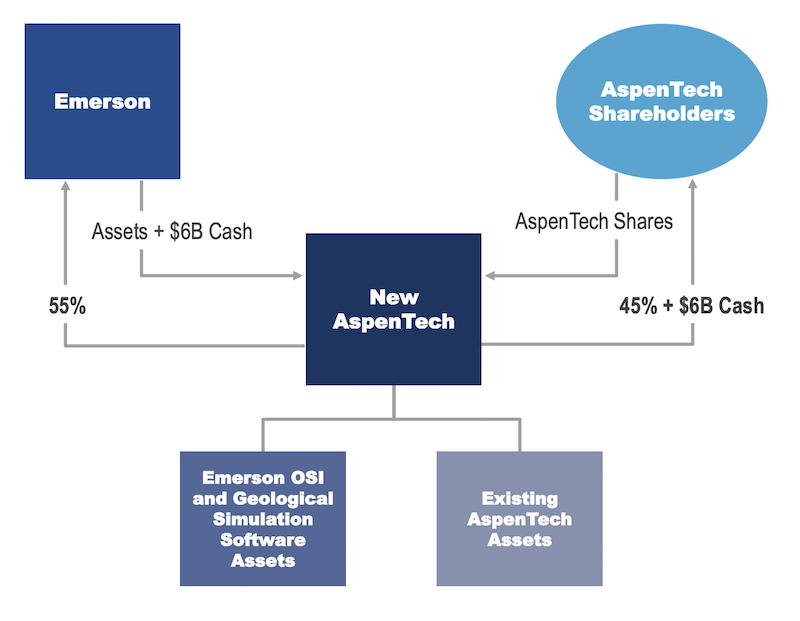 New AspenTech is set to provide the industrial automation community with offerings centered upon the use of AI and the implementation of asset optimization. Emerson can now grow its business as it provides its customers with access to different software capabilities. Its grid modernization technology, advanced distribution management systems, and geological simulation software are among its offerings.

A breakdown of how AspenTech and Emerson will combine their software platforms. Screenshot used courtesy of Emerson

Pietri added, “The new AspenTech will benefit from a larger and more diversified market, which we will be able to serve with a comprehensive software portfolio, an expanded global sales channel, and an even stronger balance sheet reinforced by Emerson.” 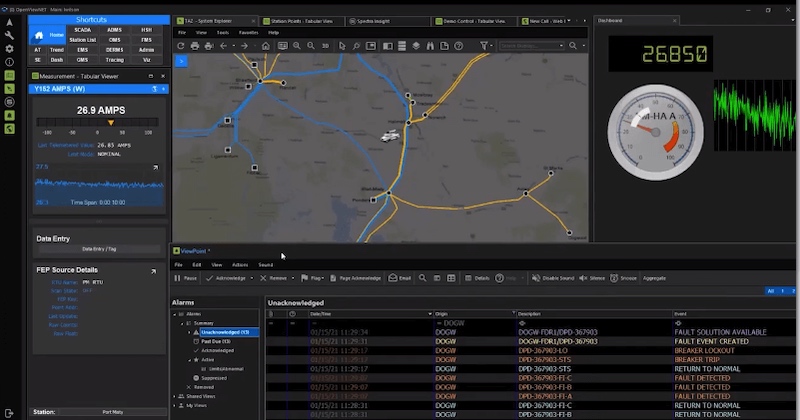 This latest venture with new AspenTech will be a critical step in providing customers from new high-growth markets with improved safety, reliability, and production while reducing emissions. Emerson already has a range of software that enables simulation and planning for automotive, oil and gas, and other industries.

The new AspenTech company will build upon its OSI Inc. and Geological Simulation Software businesses. Emerson said that the software offered by new AspenTech would also support green energy markets such as biofuels, hydrogen, and carbon capture.