This week, Larson Electronics released a new network IP camera for industrial applications. The camera, known as the HAL-CMR-CRNM-IP-POE-4MP-IR, is designed to allow engineers to monitor and inspect processes in hazardous environments that could be dangerous for human workers. These environments could be hazardous by nature of their radiation or particulates or by nature of being inside of reactors and tanks. 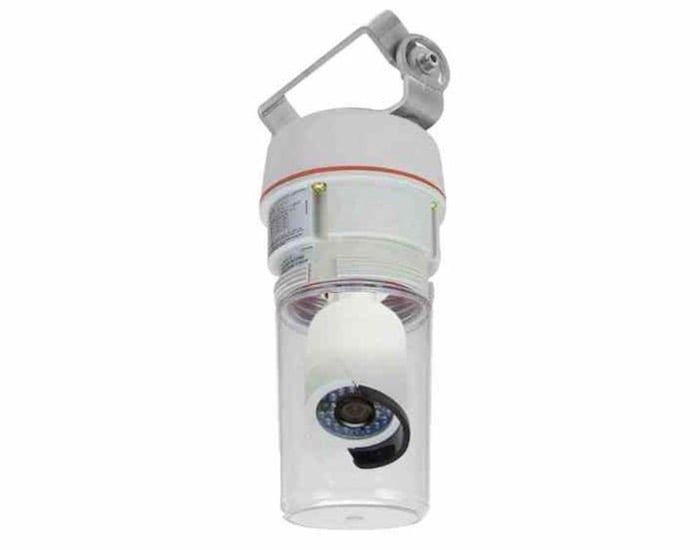 Larson Electronics is known for its industrial lighting and power distribution solutions. They offer products specialized for automotive, oil and gas, food processing, manufacturing, etc. with an emphasis on explosion-proof and ruggedized specifications.

The HAL-CMR-CRNM-IP-POE-4MP-IR must be wired via an RJ45 Ethernet cable. This cable is also the source of the camera’s power via PoE (power over ethernet). Use of the camera requires a DVR (digital video recorder) system positioned away from the hazardous environment.

The camera, itself, utilizes a progressive-scan CMOS image sensor. Progressive scan means that the sensor goes line-by-line to process an image, as compared to interlaced scanning, which requires two simultaneous scans which are stitched together to form the full image.

The camera also has an IR LED array that allows for low-light infrared image capture.

Other important features include:

It's also important to note that this is a network IP camera. Most such cameras use Cat 5e or Cat 6 cables. These generally offer higher resolution images when compared to CCTV cameras, which utilize coax cables.

According to Larson, their new camera is "rated for use in Class I, Division 2, Groups A, B, C and D hazardous locations." A simplified breakdown of this terminology is as follows:

Additionally, the camera is also ignition-proof, dust-proof, weatherproof, and tamper-resistant. This robustness is demonstrated in its ambient temperature range, which is between -22°F and 140°F.

The device is also classified as “explosion-proof"—an NEC (National Electric Code)-specific term which denotes a level of safety assurance. Despite what may spring to mind when the term is used, "explosion-proof" does not entail the ability to survive an explosion occurring around the equipment. Rather, the term means that an explosion that occurs within the housing of the device, including simple sparks, will be contained within said housing. This is crucial for environments in which hazardous materials may be flammable or even prone to explosion, themselves.

Is explosion-proof equipment important for your work? Share your experience with this concept with your peers below.