Learn about MIT’s latest robot manipulation technique and how engineers could use it in industrial manufacturing operations.

This month, researchers at MIT created a framework to develop robot grippers with human-like sensory capabilities.

Massachusetts Institute of Technology (MIT) is a leading technology school that has a laboratory specializing in artificial intelligence and computer science. The Computer Science and Artificial Intelligence Laboratory (CSAIL) focuses on developing new technologies through research.

Typically, a robot end-effector consists of pneumatic parallel jaw grippers. The jaws will be machined to match the profile of the part that is being gripped. While this style of robot hand has been very popular and effective for many years, there has always been a case where the part just cannot be picked or manipulated with typical grippers. 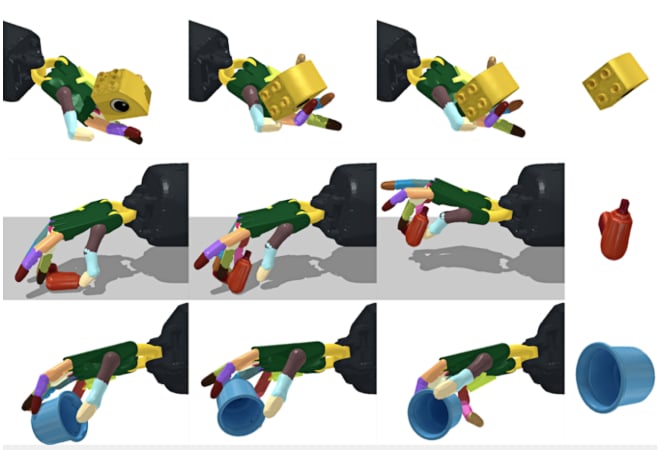 Having a robot gripper similar to a human hand has been a challenging concept in robotics for many years. The biggest problem has been how to control so many tiny motors quickly and accurately. The CSAIL has modeled an articulating dexterous end-effector for a robot that is theoretically capable of handling over 2,000 different styled objects with the use of AI.

The CSAIL team used an approach referred to as a model-free reinforcement learning algorithm. This approach allows the system to learn from the environment and from a method called “teacher-student” training. The “teacher” has the knowledge of the environment, the objects, and the robot. The “student” will have control of the objects.

By using this method, the team can ensure when the system is brought into the real world, only the ‘teacher” data will need to be populated or updated. The teacher’s knowledge can be populated with images captured by cameras or sensors.

To teach the robot in the simulation how to use the hand, the team started with a zero-gravity simulation and slowly added gravity allowing the robot or “student” a slow controlled pace to learn.

The project requires the robot hand to reorient over 2,000 different objects, with the hand facing both upwards and downwards. The team initially thought their biggest challenge would be with visual perception algorithms, but in the end, the system learned most by the shape of the object.

The system was most successful with circular-shaped objects with the hand facing up and down. The least successful objects were more complex in shape, like a screwdriver, scissors, or a spoon. 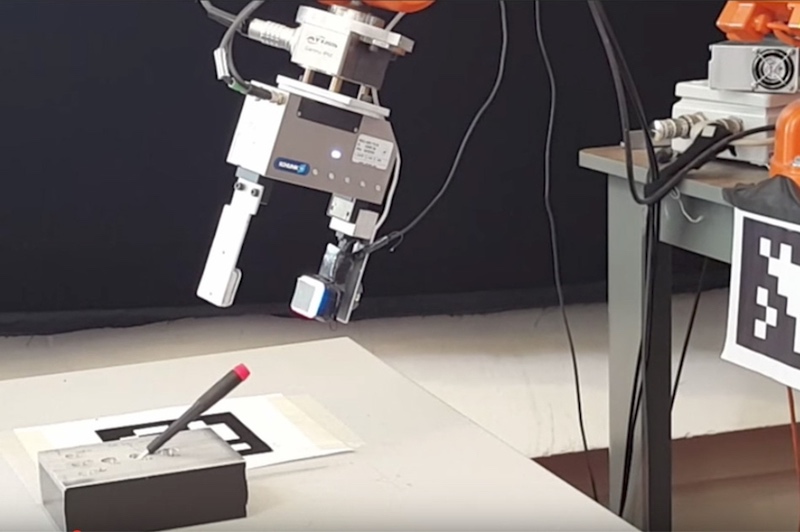 MIT has put a lot of research towards robotic innovations such as dexterous hands. Image used courtesy of MIT

The world of robotics seems never to slow down, even though industrial robotics have maintained a similar look and function for many years. Robots are finding new uses every year. Whether they are assisting humans in performing simple tasks or being asked to perform dangerous tasks, the work of a robot is never done.

The end-effector of a robot is very important. This is where the robot interacts with the physical world. Having a robot end-effector that can manipulate objects much like a human hand can allow robots to be used in more applications requiring dexterity.

MIT is hopeful that its breakthrough discovery will help this kind of robotic manipulation for future years to come.