What does 2022 hold for engineers and automation experts? Let's look at the latest mergers and advancements in AI and robotics infrastructure, development, and applications.

Learn about several companies and their efforts to bring robotic technology and digital transformation into the new year.

Symbotic is a robotic start-up company specializing in AI-enabled technology platforms for consumer goods supply chains. Their software platform is the first of its kind, engineered to conduct teams of autonomous “Symbot” robots that can receive, retrieve, and store products. Symbotic’s better-known customers include Albertsons, CF&S Wholesale Grocers, and Walmart.

A warehouse at Symbotic. Image used courtesy of Symbotic

Symbotic already holds more than 250 patents and is rapidly growing beyond a start-up company. Its value has been estimated at a pro forma equity value of $5.5 Billion. It has been recently announced that it will become a public company through a strategic partnership with SoftBank.

Commenting on the merger, Symbotic Chairman and Chief Executive Officer Rick Cohen stated, “Now is the time to take Symbotic to the next level. SoftBank has tremendous experience investing in leading-edge artificial intelligence and robotics innovators, and our partnership with them will provide us with new insights, relationships, and capital that will help us realize our full potential.”

Amazon recently launched the AWS IoT RobotRunner, a service to better support advanced robotic fleet management when different types of robots (including those with various vendors) are being utilized. Unlike AWS RoboMaker, IoT RobotRunner provides the necessary infrastructure to manage robots using a single system view. 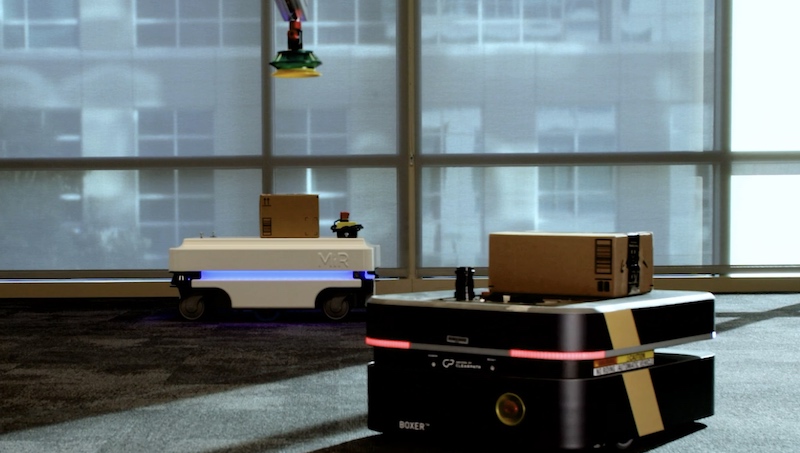 AWS IoT RobotRunner, which is built on the same software that Amazon fulfillment centers are using, will make it easier for users to implement diverse fleets of robots and ensure that they can work together seamlessly and integrate them with work management systems. 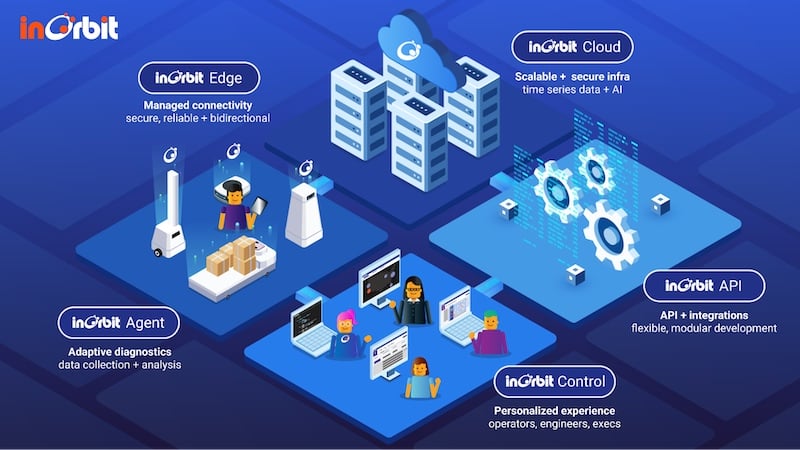 The InOrbit architecture is summarized above. Image used courtesy of InOrbit

Also, RobOps expanded to become the InOrbit EcoSystem, a group of companies that offer complementary products and services. These services include solutions for spatial intelligence, processing IoT sensor data, routing algorithms, and cloud integration. Key members of the InOrbit EcoSystem include industry leaders such as Qualcomm Technologies, Next Generation Robotics, 634 AI, and WiBotic. The InOrbit EcoSystem will ensure that tools and solutions for specialized needs are available to efficiently and comprehensively enhance robotic fleet capabilities.

In the new year, engineers can hopefully look forward to better tools for implementing robotic fleets, including various types and manufacturers. This includes developer environments, APIs, and SDKs, as well as the ability to integrate robotic fleet management with work management systems.

Advanced ecosystems, such as those developed by InOrbit, will also multiply. Also ahead will be more start-up companies such as Symbotic making a move to public trading.