Nokia looks to enable industrial-grade wireless communication solutions that may be particularly useful in facility upgrades or agile manufacturing environments where laying new cable may not be feasible.

Since its birth in 1865 as a paper mill, Nokia has managed to stay in business by being innovative and flexible. In the 1990s, Nokia was known around the world for its mobile phone technology. In 1991, it was the first company to use GSM technology in the telecommunication industry. With the popularity of the smartphone around 2011, Nokia was forced to adapt again to a changing world. 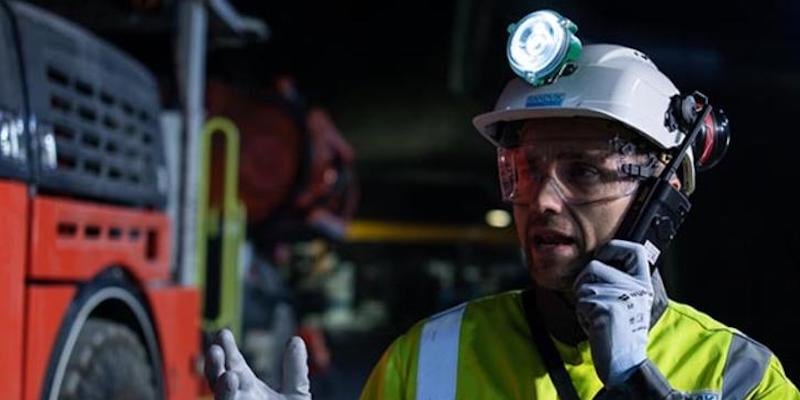 By 2015 Nokia had joined forces with Siemens and moved into industrial networks where they are now attempting to change the world of industrial wireless networks.

The industrial world is often two steps behind the consumer world because, in industry, you can’t have significant downtime. Any technology that is introduced into the industrial world needs to be robust. The technology also needs to be well supported since some equipment stays in service for fifteen to twenty years before it is replaced, and that replacement cost is very high. That is one reason we don’t typically see wireless technology being used on a factory floor, but Nokia is attempting to change that.

One of the new products released by Nokia is a wireless vision system. The Nokia industrial 5G CxxO501a camera provides low light performance and high image quality. The vision system is designed for security and surveillance applications with its face recognition software, and can also be employed in industrial applications that will make use of the object and defect detection. 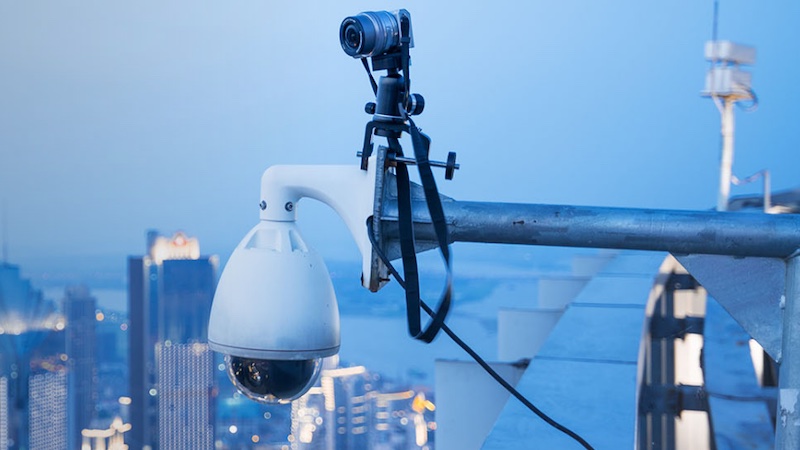 These features also make this camera a candidate for use with automated guided vehicles (AGVs) that need to detect obstacles within a path and correct the path when an obstacle doesn’t move.

Industry 4.0 is a buzzword used to describe connecting industrial data and components to the internet for remote access. Collecting this data can be quite taxing on industrial networks. Nokia plans to change that with their Digital Automation Cloud (DAC) Wi-Fi technology. 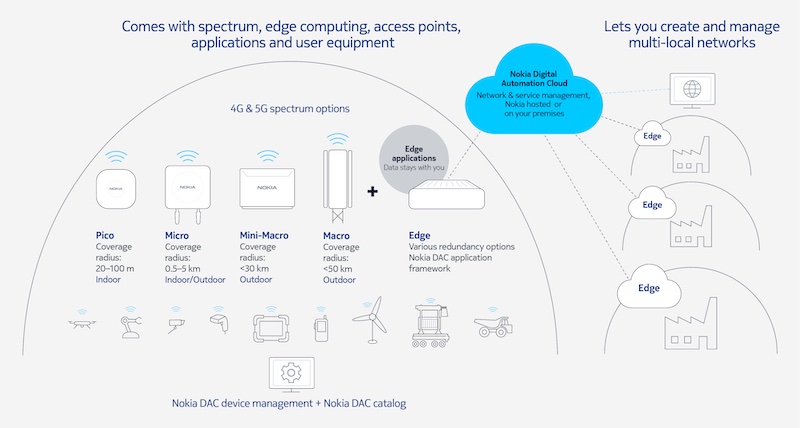 Nokia’s DAC Wi-FI makes use of Wi-Fi 6.0/6E and combines it with 4G LTE and 5G wireless technology. A single cloud management interface is available for managing all the different network layers. The Nokia hardware can also be purchased as a service that includes free wireless access points.

When using wireless devices, the signal can sometimes be interrupted by other environmental factors. Wireless radios that are used in mining, for example, need to work under harsh conditions to support the workers within the mine. The same is true with steel mill factories that make use of AGVs. If the AGV cannot connect to the host controller, the system shuts down which could cause lost product and time. 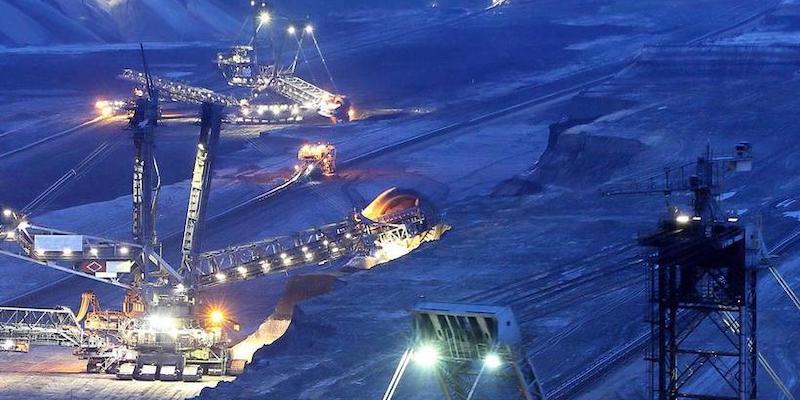 MX Boost aggregates multiple RF technologies to boost either data throughput, by combining radio links, or network determinism, by retaining the capabilities of the strongest RF link. This technology makes use of unique algorithms and real-time link testing to select the strongest radio link which will then boost throughput on the radio stream. MX Boost works on the IP layer, meaning this technology can be used to combine all types of radio signals from satellite communications to terrestrial technologies.

As industry 4.0 moves into more facets of the industrial world, communication between these automation components becomes more prevalent, and as such needs to be robust and secure. Nokia industrial wireless solutions provide options for facility upgrades when it isn’t feasible to create new wired installations or in agile manufacturing locations that may require regular layout changes.